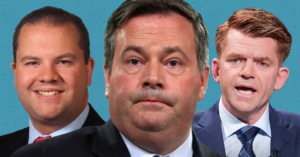 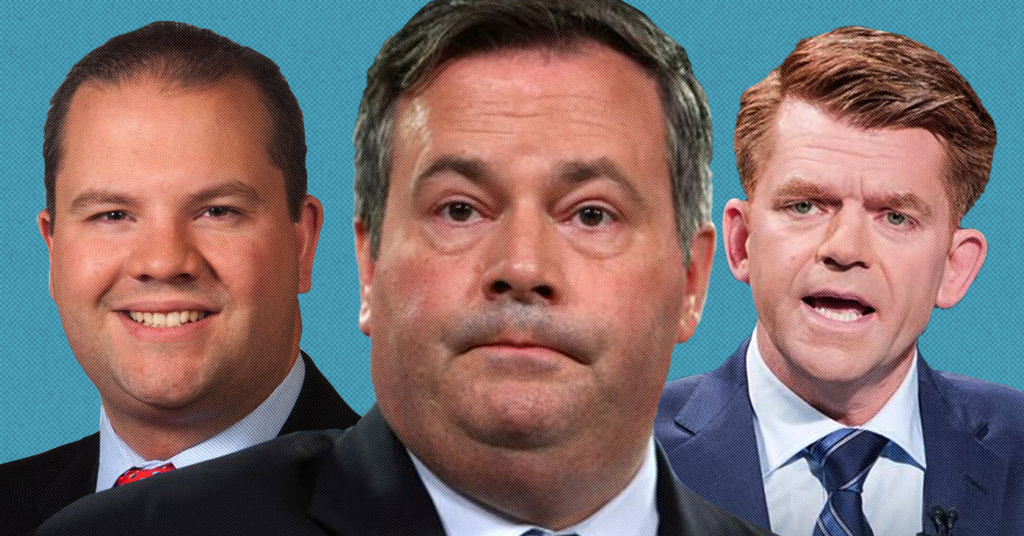 The recording reveals Callaway campaign organizer Wendy Adam in a conversation with her husband Udo and an unnamed male individual.

“What I’m telling you has got to stay with you,” Adam tells a male voice. “Jeff is going to run a serious campaign, but the reason that we’re running Jeff as a serious campaign is because Jeff will be able to say things about Brian Jean that Jason Kenney cannot.”

Male voice: So, Callaway is doing a kamikaze run.

In a Facebook post Tuesday, UCP MLA Wayne Anderson confirmed that two of the voices on the recording belong to Adam and her husband.

Contacted by PressProgress, Adam said she has “no comment” on the “party matter” and suggested Anderson should elaborate on what else he knows about the recording of “myself, my husband and another individual.”

The leaked audio reinforces longstanding impressions about Callaway’s campaign that have circulated inside the UCP – as well as Jean’s leadership campaign.

After Callaway dropped out of the leadership race and immediately backed Kenney, one political analyst suggested Callaway was a “stalking horse” working for Kenney while Jean’s campaign called Callaway’s candidacy a “Kenney campaign stunt.”

“Jeff’s team intends to link those cultures and we’re going to start pushing (Kenney) and we want to push our activists onto (Kenney’s) campaign team,” Adam says.

“When we pull the plug,” she says referring to Callaway’s campaign, “it’s going to be a marriage of equals.”

Callaway previously told the Calgary Herald he made no deals with Kenney before launching his campaign or about the timing of dropping out.

Last week, former UCP MLA Prab Gill stood in the Alberta legislature and alleged that Kenney used a secretive PAC to give “more than $40,000 in very suspicious donations” to a UCP leadership candidate to sabotage Jean’s campaign.