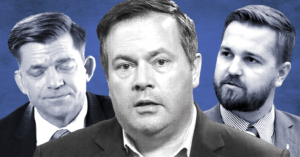 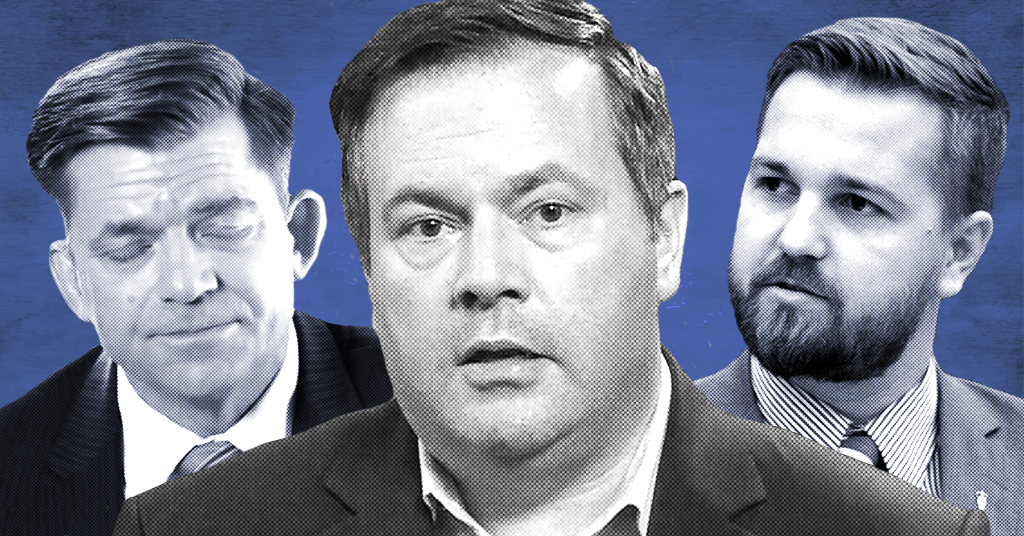 Jason Kenney tried to recruit Derek Fildebrandt into a bizarre plot to sabotage the campaign of his main rival for United Conservative Party leader – Brian Jean.

The strange allegation was recently levelled by Fildebrandt in reaction to a secret audio recording whose authenticity was first confirmed by PressProgress last week.

The recording captures a UCP organizer explaining how Kenney orchestrated the campaign of failed UCP leadership candidate as a “kamikaze” mission aimed at destroying the reputation of former Wildrose leader Brian Jean.

Fildebrandt, who is now the leader of Alberta’s Freedom Conservative Party after Kenney kicked him out of the UCP for poaching a white-tailed deer, tweeted that the secret audio recording “reminded me of a summer 2017 dinner meeting I had with Mr. Kenney.”

According to Fildebrandt, Kenney “discussed a potential ‘kazakami’ campaign at some length” – one similar to the dirty trick described in the secret recording.

That was interesting listening. It reminded me of a summer 2017 dinner meeting I had with Mr. Kenney where we discussed a potential “kazakami” campaign at some length. #ableg https://t.co/TmraRvm9Di

Fildebrandt’s allegation comes as a parade of former UCP MLAs and nomination candidates sound off about Kenney’s “kamikaze” candidate and allegations revolving around “suspicious donations.”

Earlier this month, former UCP MLA Prab Gill stood in the Alberta legislature and alleged Kenney used an unnamed PAC to give “more than $40,000 in very suspicious donations” to an unnamed UCP leadership candidate to sabotage Jean’s campaign.

The idea of a kamikaze candidate funded through a scheme like the one described by Gill is raising eyebrows. Former Wildrose leader Danielle Smith told listeners of her Calgary radio show last week such a scheme could be “illegal.”

On Monday, StarMetro Edmonton reported Happy Mann, a former UCP nomination candidate who donated $3,000 to Callaway’s campaign, is now calling for a judicial inquiry into allegations of political interference in the UCP leadership campaign.

Fildebrandt also elaborated on his allegations to StarMetro.

“We sat down in early summer of 2017 for dinner and quite explicitly discussed the prospect of myself running … a stalking horse campaign to undermine Mr. Jean,” Fildebrandt said.

“The initial portion of the meeting was quite explicit about running what is now termed a ‘kamikaze campaign’,” he explained, adding that Kenney wanted to “scrape up” Jean since “Jason did not want to do that himself.”

Fildebrandt said it was well-known in UCP circles that “Jason had been shopping for a stalking horse candidate.”

Fildebrandt did not respond to multiple requests for comment from PressProgress.