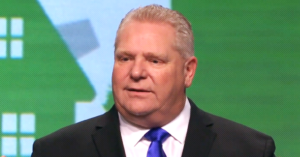 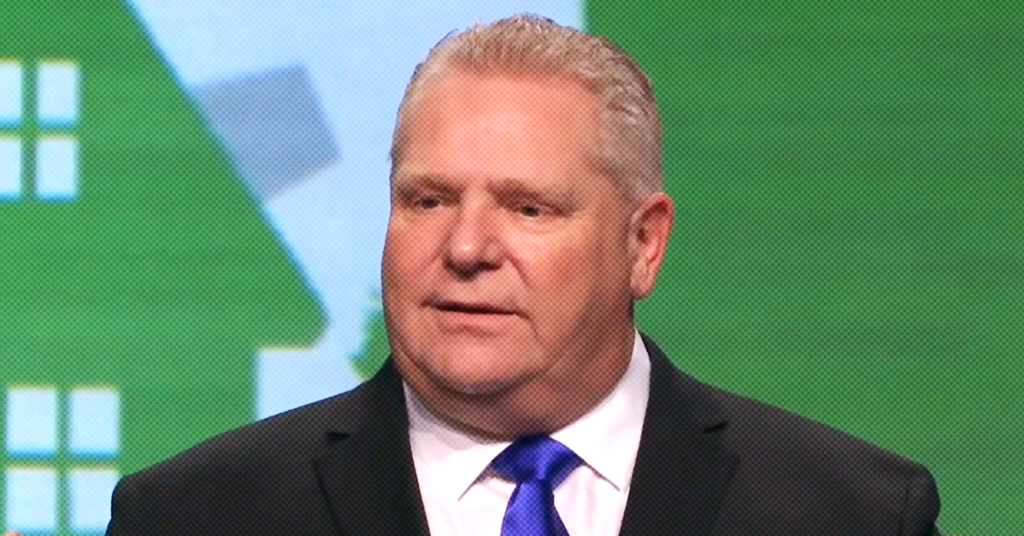 Doug Ford’s Ontario PCs are not only losing their war on teachers — they appear to be increasingly at risk of losing most of their seats in the next election.

A new poll by Stratcom surveying ridings currently held by Ontario PC MPPs finds that more than half (53%) think Ford’s government is doing a bad job.

And according to CTV News, “56% of those polled said they were less inclined to support a Progressive Conservative candidate in the next election — a direct result of the government changes to education.”

PC support in Ontario plummeting as a result of Ford’s attack on public education and teachers, says new poll.

56% say they’re less likely to support PCs in next election because of education cuts.https://t.co/IIViaR29IJ #CutsHurtKids

Public supports education: Among parents with children in public schools, 70% disagree with the government’s move to increase class sizes. Another 68% disagree with Ford’s plan to force students to complete online learning courses to graduate. Overall, 59% of parents in PC-held ridings think the government is doing a poor job.

Another data point: Another poll by Campaign Research, a firm run by Rob Ford’s former chief of staff Nick Kouvalis, also recently conducted research that found a majority of Ontarians are backing teachers in their fight against Doug Ford.

In total, 52% sided with teachers taking job action over the government on issues of class size increases and mandatory e-learning.

Ford enjoys strong support from fake parents: While Ford is having a tough time winning over parents in ridings held by his own MPPs, there is one demographic group where Ford is outperforming — fake parents.

One fake parents’ group, linked a well-connected conservative millionaire, recently ran ads in three of Canada’s biggest newspapers attacking teachers and defending Ford while an angry father featured in the Toronto Sun was later exposed for his links to Education Minister Stephen Lecce.