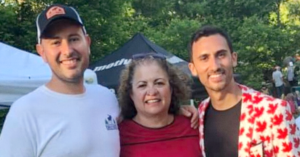 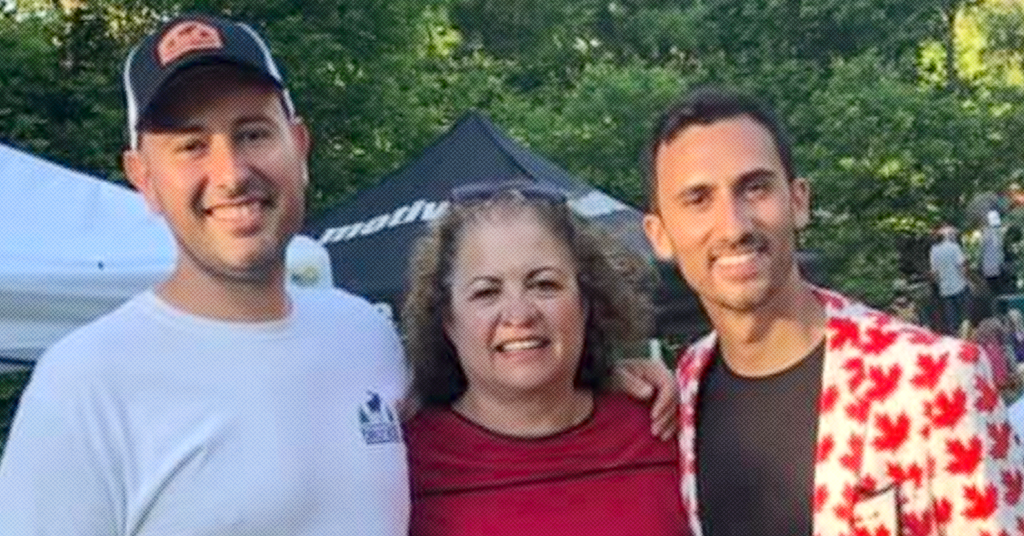 It turns out an angry parent recently featured in a Toronto Sun article criticizing teachers for “holding our children hostage” has cozy ties with Doug Ford’s education minister, Stephen Lecce.

“Paul Greco doesn’t have the luxury of being a cheerleader for teachers’ hard-line tactics which are designed to bully the government into surrendering to their every demand,” Warmington wrote.

Warmington added that Greco is “living in the real world.”

“Lecce is doing what’s right for the taxpayers,” Greco is quoted saying. 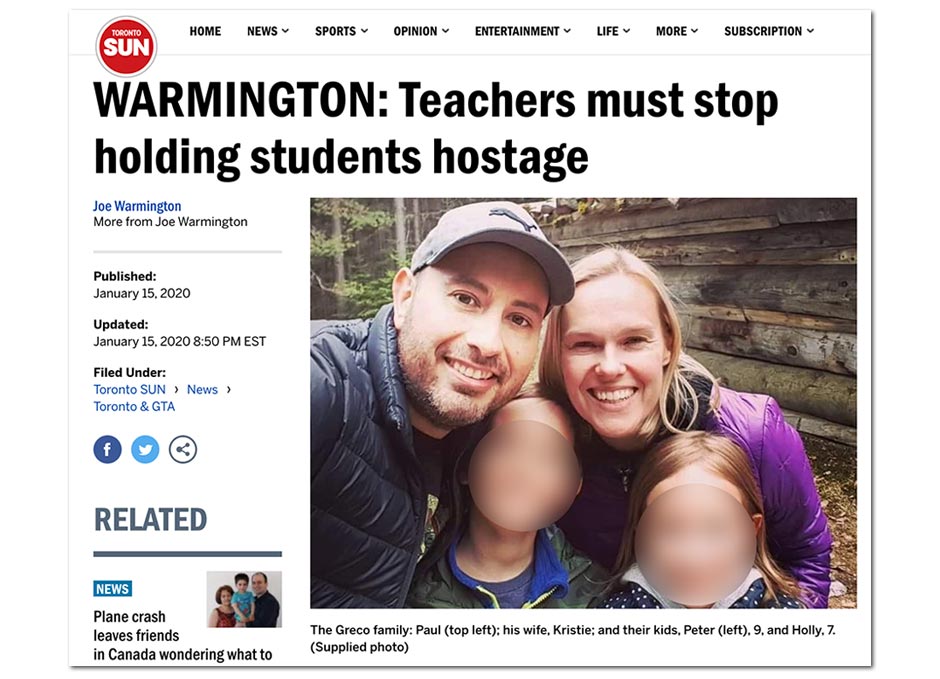 What Warmington didn’t mention is that the “Schomberg family man” also appears to have close ties to Education Minister Stephen Lecce.

Social media postings reviewed by PressProgress show Greco has partied with Lecce and even organized photo-ops for the education minister too.

Photos posted to Facebook by Greco on July 1, 2019 show Warmington’s news subject “hanging out” with Lecce alongside federal Conservative candidate Anna Roberts at a Canada Day party in Kettleby, Ontario.

“Hanging out with two of my favourite politicians,” Greco wrote. 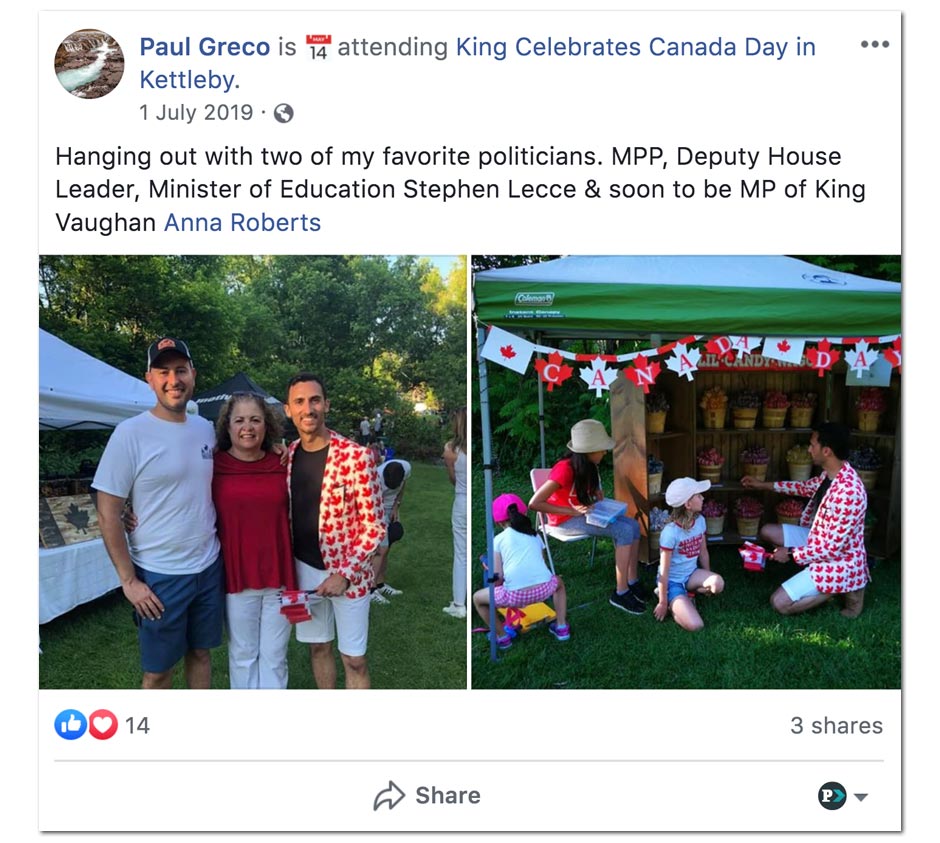 Lecce appears with Greco in another series of photos posted on a Facebook page for 360 Medical, a business owned by Greco that sells refrigeration units to laboratories and medical facilities.

The photos show Lecce speaking to Greco, standing next to freezer units, as well as a consumer line of coolers and iceboxes sold under the name “Chilly Moose.”

“Thank you to our favourite MPP Stephen Lecce for dropping by for a visit,” Greco’s company wrote. “It was an honour to introduce you to Chilly Moose and discuss local entrepreneurship!” 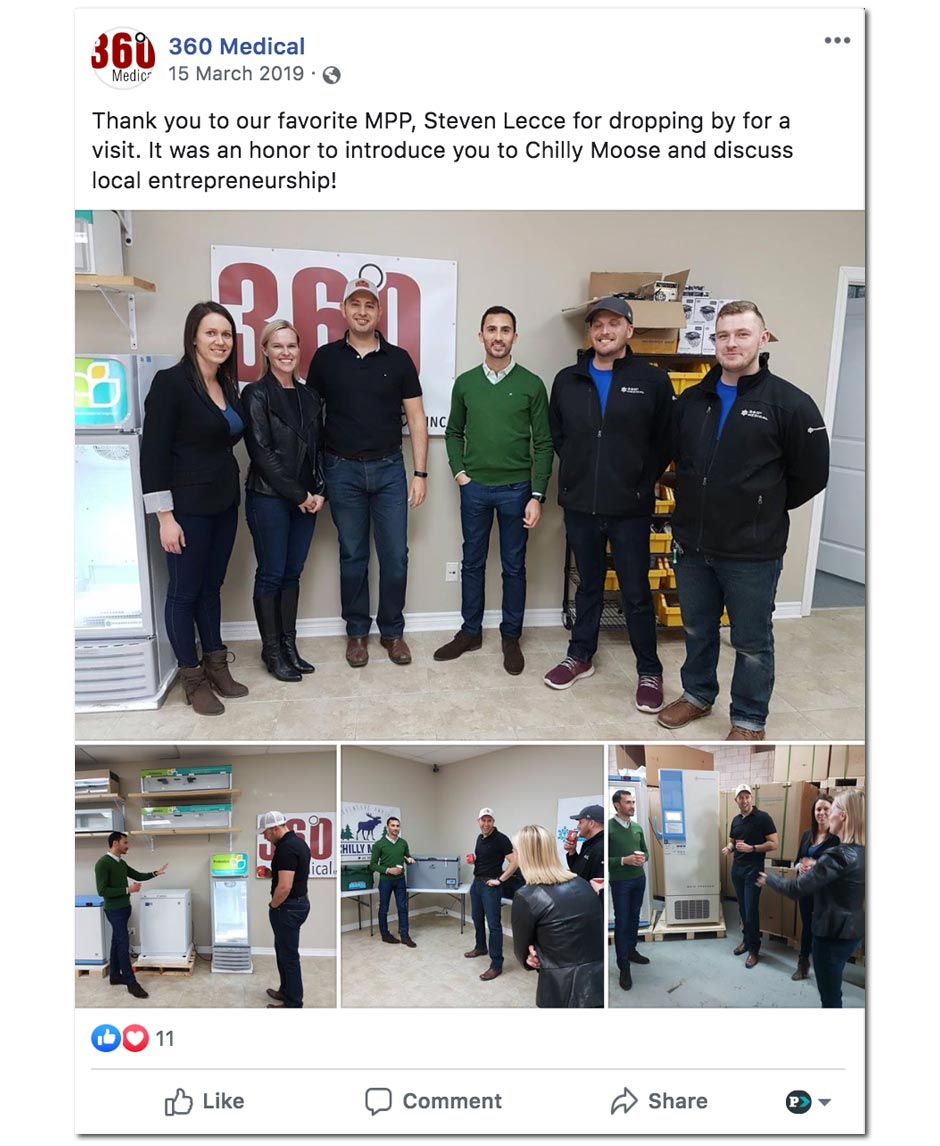 “Hey Conservative friends,” the Warmington news subject wrote in an October Facebook post. “The Roberts team has asked me to reach out to other Conservative supporters for financial support.”

Greco suggested people “DM me and I’ll point you in the right direction.”

Greco did not respond to multiple requests for comment from PressProgress seeking clarification as to the nature of his relationship with Lecce.

A receptionist at Greco’s business said Greco was in a long meeting but could not say when the meeting would end.

A list of questions sent to Lecce’s press secretary went unanswered, as well.

The Toronto Sun’s Joe Warmington also did not respond to multiple requests for comment about his article, including questions about how he first got in touch with Greco and whether he had been aware of any relationship between Greco and Lecce.

In 2018, Canadaland published a copy of a secret internal document outlining the Toronto Sun’s provincial election coverage, including instructions to target teachers and promote cuts to education.