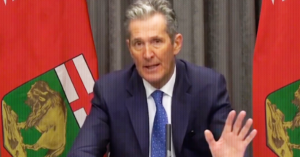 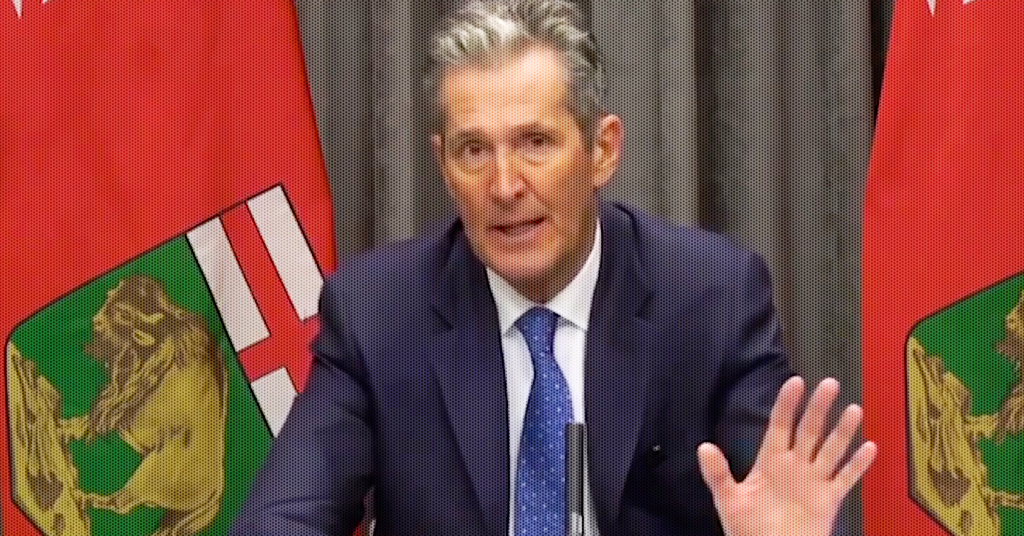 After facing heavy criticism over his mishandling Manitoba’s pandemic response, Premier Brian Pallister is asking the public for feedback on a new plan to police his way out of the province’s skyrocketing second wave.

According to CBC News, Pallister’s government launched an online survey asking Manitobans what they think about deploying the police to enforce a mandatory curfews. As Pallister later explained to reporters:

“It’s important, when you’re restricting people’s freedom of movement, that we make sure that we ask the public for their views on this first. The more people that have a chance to participate in the design of our programs, I feel the better possibility that they’ll work.”

When should COVID curfew start in Manitoba, who should be exempt? Province launches survey https://t.co/Q44vQvmsh5

Pallister wants to know what’s a good time to start a curfew: As CBC News explains, the online survey asks “questions about what time each day a curfew should start, who should be exempt (such as first responders, city crews, grocery store workers), and which areas of the province should be subject to a curfew.”

Pallister faced questions from reporters about why he didn’t hire a professional firm to conduct a scientific survey and random sampling and admitted he hasn’t worked out the details about how his plan could impact the homeless.

“Obviously, we’ll need the City of Winnipeg police, in particular, the RCMP potentially in the capital region to assist this, depending on the design of our curfew,” Pallister added.

Says they will need winnipeg police and RCMP to enforce curfew if that is what Manitobans want. Says they need buy-in.

Academics and journalists question Pallister’s plan to police the pandemic: The University of Winnipeg’s Centre for Access to Information and Justice said Pallister is proposing the wrong solutions to the problem:

“Not shutting down the COVID command centre would have helped. More dollars for health care helps. Listening to real doctors helps. Mobilizing the public sector helps. Policing the pandemic does not help, it just exacerbates inequality and extends police power.”

“Fines, as simple and conceptually appealing as they might be, are much more likely to exacerbate the current crisis than they are to resolve it. The evidence suggests as much.” From: @alexlusco @alexmcclelland https://t.co/2Lmg6GQHS1

#Manitoba Premier Brian Pallister says his government is considering a late night curfew — he’s asking Manitobans for feedback if this is put into place. Legit question: how does a curfew & issuing tickets stop the current spread in personal care homes and hospitals? #Winnipeg

“Take the (Manitoba Government) survey about a COVID curfew. A curfew is NOT needed for Manitobans to do the right thing, just like you always do when neighbours are in need. Donating blood, passing sandbags, Manitobans step up in emergencies. Right now you can help by staying home.”

Take the survey here, but in the mean time stay home anyway and save a life!https://t.co/8S5XVcSbKO

Pallister facing wide criticism over his mishandling of the pandemic: This week, over 200 doctors wrote an open letter calling on Pallister to increase healthcare funding and develop better public health communications to stop the spread of COVID-19.

Pallister has received significant criticism for his rush to be the first province in Canada to re-open its economy and lack of preparation for a second wave.

Manitoba has the most per capita COVID-19 infections in Canada.