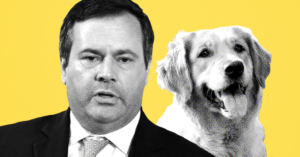 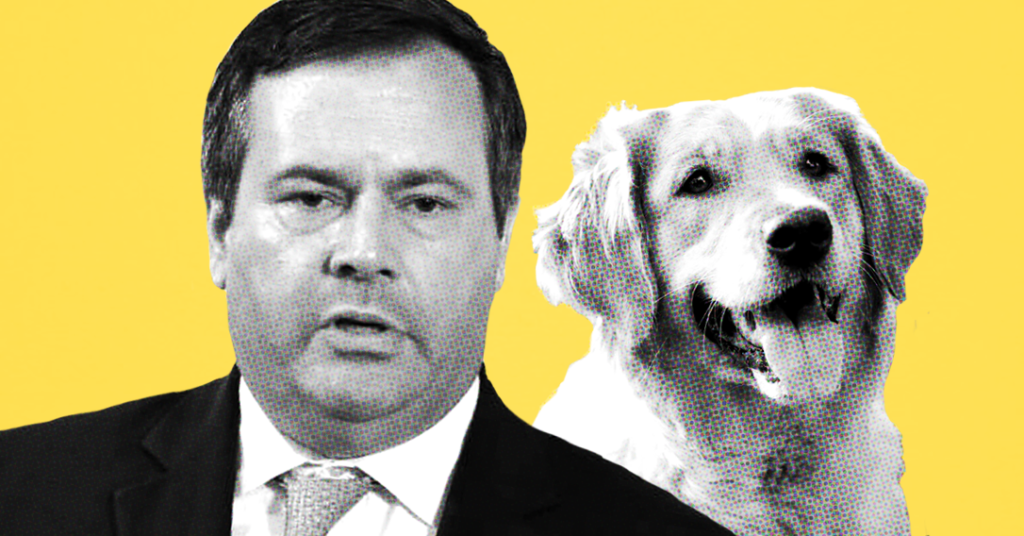 Jason Kenney’s Conservatives are already using coded language to give winks and nods to their party’s hard line right-wing base.

Alberta conservatives descended on Red Deer this weekend for a conference hosted by the Manning Centre to plot and scheme ways to branch out beyond the party’s Rebel Media-watching demographic.

It sounds like Kenney’s Conservatives hit the ground running in Red Deer.

Here are a few dog whistles the UCP leader had on display at the Manning Centre’s Networking Conference in Red Deer this weekend:

During the UCP leadership race, Kenney called for a new period of austerity in Alberta, suggesting he’s prepared to cut at least $10 billion in spending – in fact, Kenney specifically singled out healthcare as one area he’s looking to cut.

“There’s a Latin phrase that became popular in the 1700s: ‘vox populi, vox dei’. And it translates to: ‘the voice of the people is the voice of God’. And folks, it takes a tremendous amount of arrogance to think that we can win an argument with God, yet that’s exactly what we see the NDP doing each and every time that it implements a policy without the popular support of the people of Alberta.”

What better messenger than Cooper to speak on behalf of God? After all, Cooper previously worked for a hard line social conservative group called Canada Family Action that worked to oppose the so-called “homosexual agenda” and promoted unscientific gay conversion therapies – during his time with the group, Cooper hosted a radio show where he interviewed the architect of Uganda’s controversial bill proposing to make homosexual acts punishable by death.

Throughout Kenney’s quest to unite-the-right and takeover the UCP, he’s been helped all along the way by radical social conservative groups including anti-abortion activists, anti-LGBTQ activists and those advocating for private religious schools. Hmm, wonder if they were nodding in agreement with Cooper?

Dog whistle #3: Get ready for a culture war!

“… The reason why you’re gathered here to talk about our future now is because that idea of Alberta has been put at risk by an ideological government that believes that politics proceeds everything, they believe that the state is almost always the answer. They seek to politicize everything and they are informed by a failed ideology based on resentment, based on a distorted view that politicians and bureaucrats through the exercise of state power can do better than local communities, individuals and strong families … I’m ambitious not just to defeat the NDP and elect a Conservative government, but to drive those socialist ideas out of the Legislature, to have a Legislature that reflects the mainstream values and commonsense values of this province.”

Borrowing a few red scare tactics from the 1950s, Kenney seems to think Alberta has been invaded by foreign ideas (“socialist ideas,” that is) that are creeping into all areas of everyday life and so they need to be purged from the province to restore the old way of life.

Think he’s speaking figuratively? There’s plenty of evidence suggesting Kenney is very serious – the UCP leader has previously stated he believes the school system has “hard-wired” Millennials with anti-conservative beliefs, he’s suggested youths are being groomed to believe communism is “fashionable” and he’s repeatedly accused the Alberta NDP of making “radical changes to the curriculum” as part of a secret “social engineering” agenda, the same language Kenney’s social conservative allies use to talk about sex education and GSAs, two things they believe is part of the “gay agenda.”

In other words, that’s the kind of message that appeals to old school conservatives who don’t realize Alberta has changed over the last few decades – or the last one hundred years, for that matter.