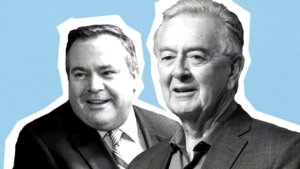 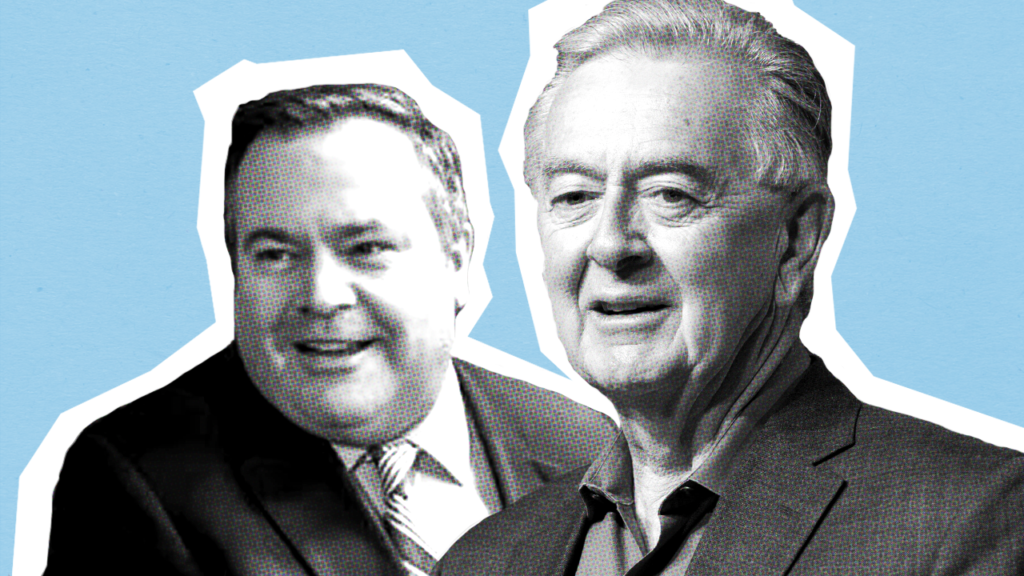 A conservative think tank sought half a million dollars from wealthy donors to bankroll a secret project aimed at targeting Millennials and influencing the outcome of Alberta’s 2019 provincial election. There is an urgent need to target Millennials, the “confidential” strategy document explains, “because a majority of Millennials are disinclined to support conservative values, policies and candidates.”

That’s a problem for conservatives given “Millennials will constitute almost one-third of the total number of citizens eligible to vote in the 2019 provincial election.” The leaked papers cite internal polling conducted by the Manning Centre that finds “Millennials do not readily self-identify with conservatism.”

According to the Manning Centre’s own numbers, two-thirds of Alberta Millennials identify as left-of-centre while only 16% identify as conservative:

“… Only 16% of Millennials self-identify with the current conservative brand as compared with 66% who self-identify as liberal, moderate or progressive. The term ‘conservative’ elicits more negative perceptions than positive …”

One problem, the Manning Centre discovered, is that Millennials generally do not trust conservatives:

“Conservative-oriented political parties are among the least-trusted group by Millennials across Canada.”

Another problem, the confidential document points out, is that Millennials see social conservative positions as a “deal breaker”:

“There are some traditional conservative positions which will be seen as ‘deal-breakers’ by Millennials, such as abortion, gay marriage, opposition to immigration, etc.”

To make social conservative positions “less of a deal breaker” for Alberta Millennials, the Manning Centre proposes they can be “reconceptualized to be less polarizing”:

“Socially conservative positions are less of a ‘deal breaker’:

• When they are reconceptualised to be less polarizing (i.e. rather than asking people if they’re for or against immigration – shift the debate to the appropriate level of immigration).

• When they are framed within the context of conservative support for ‘individual rights and freedom of choice’ accompanied by an acceptance of responsibility for the consequences of those choices.”

To coordinate their efforts, the Manning Centre “will host a series of gatherings with select stakeholders (i.e. donors, campaign managers, candidates, etc.) to present the research, the playbook, and the outreach strategy” and “encourage alignment in conservative messaging.”

To finance their secret plan, the document states the Manning Centre is “seeking 20 donors at a $25,000 investment each to finance the initial year of this project.”

In addition to budgeting $200,000 for research, polling and developing the “playbook” itself, the Manning Centre is looking for $55,000 to hire a project manager, $75,000 to host “engagement receptions,” plus a staggering $135,000 to run an “advertising campaign” in just “year one” alone. The document suggests that “depending on the availability of funds,” the Manning Centre could design “targeted advertising” to “maximize exposure of the Millennial Policy Playbook to Alberta Millenials prior to the 2019 provincial election.”

This would be done with the goal of seeing “50+ MLAs elected to the legislature in May 2019.” The Manning Centre will be hosting an Alberta Networking Conference in Red Deer this weekend.