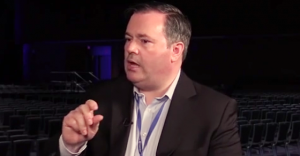 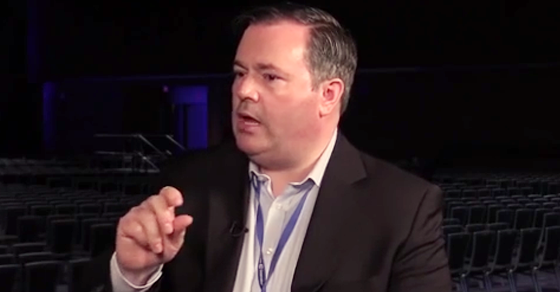 "I think it's the first generation to come through a schooling system where many of them have been hard-wired with collectivist ideas."

Ever thought there was something fishy about the words your first grade teacher asked you to spell?

If so, you might want to have a chat with Jason Kenney.

Speaking with Rebel Media’s Ezra Levant at the Conservative’s bizarre National Convention last weekend, the potential Conservative leadership candidate had an interesting explanation as to why Canadians under 30 do not identify with conservative values.

According to Kenney, that’s because millennials are “the first generation to come through a schooling system where many of them have been hard-wired with collectivist ideas,” a process he suggests begins in primary school:

You might think Kenney’s imagination has gotten the better of him considering he seems to worry elementary school teachers are running their classrooms like Maoist prison camps.

On the other hand, Kenney has never really trusted schools in the first place.

As he once told in the House of Commons:

Kenney also has worries about what he thinks goes on in universities.

In 2012, he told a Catholic conference in Italy that certain “Marxist” academics are working to “suppress” Canada’s “Christian patrimony,” an idea connected to conspiracy theories on the far-right.

Kenney says he will decide whether or not to run for Conservative leader by the end of the summer.