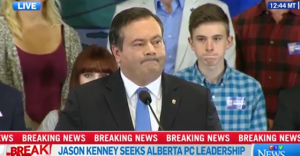 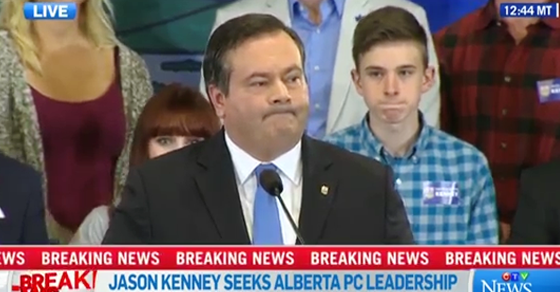 What got stuck in Jason Kenney's dog whistle?

Uh, what got stuck in Jason Kenney’s dog whistle?

If you missed Kenney’s speech Wednesday in Calgary kicking off his bid to lead Alberta’s Progressive Conservatives, the former Harper-era minister shared a few thoughts that sound like they might be keeping him up late at night.

According to Kenney, the Government of Alberta is preparing “radical changes to the school curriculum,” part of some vague but sinister sounding goal of “social engineering,” a thought which Kenney doesn’t seem to believe requires any further elaboration:

Now they’re planning, quote, ‘radical changes to the school curriculum’. You know what this means for these ideologues? It doesn’t mean better measurable school outcomes. It means social engineering and pedagogical fads in our schools.”

You might be wondering: what on earth is Jason Kenney going on about?

Who told Kenney about this secret plan? Why would anyone even tell Kenney in the first place? And why won’t Kenney elaborate?

He says his knowledge of the “radical changes to the school curriculum” is based on a “quote.”

Kenney doesn’t let us know who he’s quoting, but the Edmonton Journal’s David Staples did write a couple of articles describing the Alberta government’s curriculum reforms as “radical.”

Mind you, that was in 2014, back when Kenney’s Progressive Conservatives were still in power – you know, the same “radical” party Kenney now says he wants to lead?

The current NDP government is holding consultations on modernizing Alberta’s school curriculum, a review started by the previous PC government. Some curricula are as much as 30 years old, even predating the internet.

And what exactly does Kenney mean when he talks about “social engineering,” anyway?

It’s hard to say as the term isn’t used very widely outside of Breitbart, Ezra Levant and random UFO blogs.

Campaign Life Coalition, one of Canada’s biggest anti-abortion groups, described Ontario’s recent sex-ed curriculum as part of a “radical” goal of “social engineering.”  In fact, they suggest it’s all part of a “gay agenda” to plant ideas in the minds of kids.

• Banning the words “God” and “Jesus”

Then again, this is the same guy who claimed, only a month ago at the Conservative Party Convention, that the school system actually “hard-wired” a generation of millennial children with anti-conservative beliefs:

UPDATE: In response to a question from Ezra Levant about “pre-op transsexual men” in school locker rooms during an interview with the right-wing Rebel Media Thursday, Kenney stated that he was “not familiar with the details” around that issue but proceeded to repeat his previous warnings about radical “social engineering” in Alberta schools: