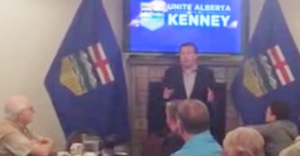 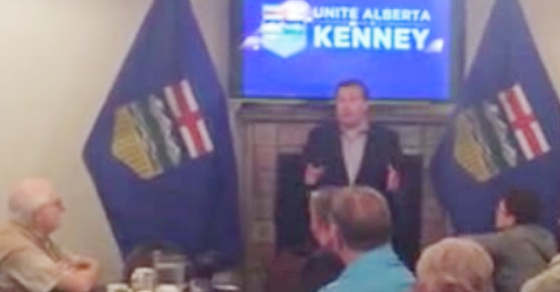 "They mean social engineering. Let's be clear about that."

Why is Jason Kenney running for leader of Alberta’s Progressive Conservatives?

Apparently one reason is that he fears what Premier Rachel Notley plans to do to the minds of young children, Kenney recently explained.

“One of the reasons I’m running, one of my primary concerns is to stop the NDP’s radical ideological agenda in the education system,” Kenney told a small gathering in Medicine Hat last month.

“The NDP has announced the most radical changes to the curriculum,” Kenney added. “They do not mean curricular reforms that are focused on improving numeracy or literacy – they mean social engineering.”

“Let’s be clear about that.”

During his leadership announcement in July, Kenney startled and confused observers when he warned of “social engineering and pedagogical fads in our schools.”

It’s not the first time Kenney has expressed concern for the challenges facing kids these days.

At the 2016 Conservative Convention last May, Kenney claimed millennials are “the first generation to come through a schooling system” that “hard-wired” them with anti-conservative beliefs – he even suggested young children are indoctrinated with “collectivist ideas” as early as primary school.

Earlier this year, Kenney voiced concern that “bohemian” youths are being seduced by the glamour of communism.

And a few years ago at a Catholic conference in Italy, Kenney mused about the possibility “Marxist” academics are working to “propagate a radical approach to multiculturalism” and “suppress completely the Christian patrimony of Canada.”