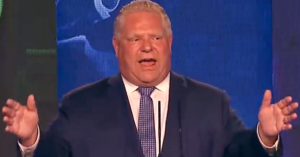 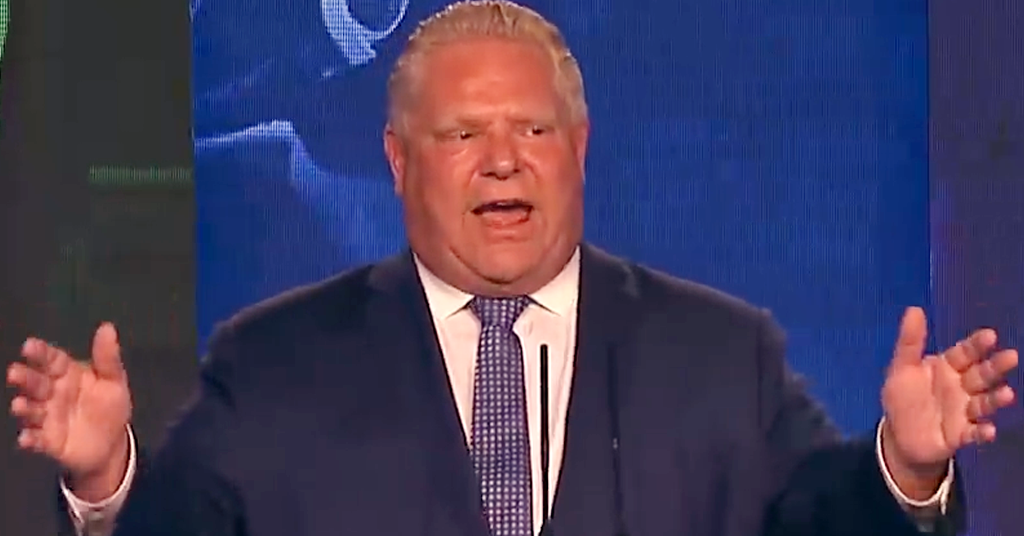 Ontario’s religious right is “jubilant” about their new ally in the Premier’s Office – and now they’re counting on Doug Ford to deliver on his promises and execute their radical social conservative agenda.

Ford, who won the Ontario PC leadership with the help of anti-abortion groups and hardline social conservatives, pandered shamelessly to the religious right through various promises to place new restrictions on abortion access and attack the rights and freedoms of women.

After news outlets projected a PC majority government, Ford’s religious right allies were vocal in praising the province’s new leader and reminding him that they’re waiting for him to repay his debts.

Charles McVety, an anti-gay preacher who runs an organization that promotes homophobic conspiracy theories, told his Facebook followers that the election results show God “heard our prayers and delivered victory for the sake of our children.” On Friday morning, Premier-designate Ford was quick to double-down on his promise to repeal sex-ed:

Speaking to reporters, Doug Ford affirms they’ll be “repealing” the updated physical education (sex-ed) curriculum but doesn’t know if they’ll do so in time for the coming school year.

Likewise, one of Canada’s biggest anti-abortion organizations issued a statement celebrating the “end of Wynne’s reign of terror” and adding they’re “optimistic” Ford will “uphold his campaign promises to repeal and replace Kathleen Wynne’s radical sex-ed curriculum as an ‘early priority’ in his administration.”

Ford has stated he supports giving doctors the right to refuse to refer women for abortions, defunding universities that don’t give a platform to controversial groups and giving parents the power to block their daughter’s abortion.

Another anti-abortion group called Right Now tweeted its congratulations to Ford and “all the newly elected pro-life MPPs,” also noting there are now more PC MPPs say they will vote against women’s reproductive rights than there are Liberal MPPs at Queen’s Park.

Congratulations to Doug Ford and all the newly elected #prolife MPPs across #Ontario! #onelxn #OntarioElection2018

Fun fact: there are more #prolife MPPs in the Ontario provincial legislature after yesterday’s election, than MPPs in the entire Liberal caucus.

It turns out the person deemed too extreme to run as a PC candidate was one of the “jubilant” supporters at Ford’s victory party Thursday night.

Jubilant crowd here at the PC victory party. Doug Ford commits to working for the future of our children #onpoli pic.twitter.com/J1wfDRNeUd