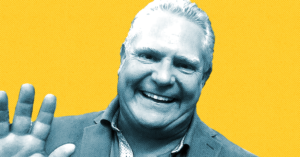 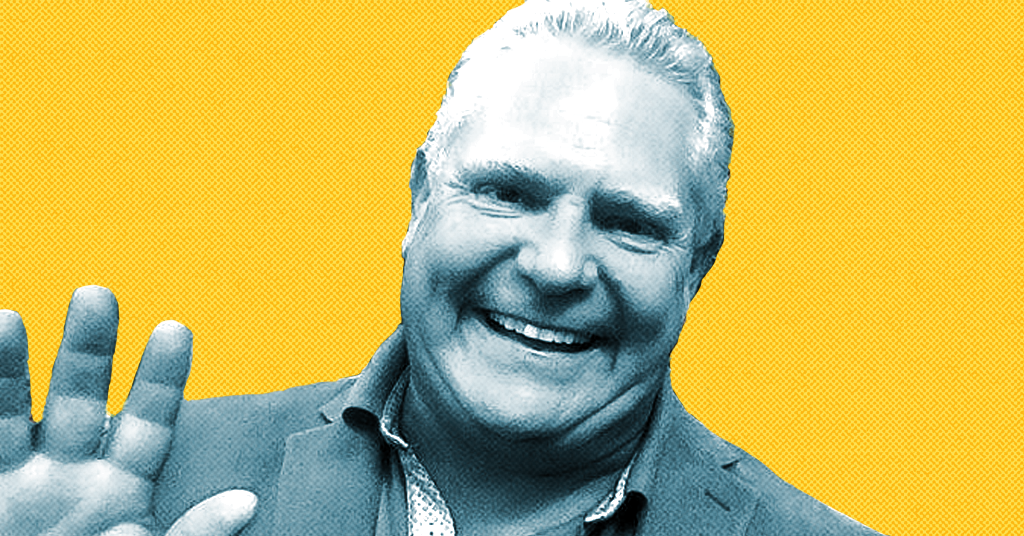 Charles McVety and Paul Melnichuk, two pastors with a well-documented track record promoting homophobia and anti-Semitism, are singing Ford’s praises as he works to lock-down the support of Ontario’s social conservative fringe.

McVety, president of the Canada Christian College and the far-right Institute for Canadian Values, called on his followers to buy PC memberships and cast votes for Ford – someone he describes as a “faithful man.”

“The leadership will be won by just a few thousand votes,” McVety told his Facebook followers this week. “You and your friends can make a difference as we see our land healed.”

McVety is a former televangelist deemed too extreme for the Christian TV station CTS. In 2010, management yanked McVety off the air following complaints that he was broadcasting “discriminatory comments.”

According to a Canadian Broadcast Standards Council ruling, McVety violated broadcasting codes by presenting “distorted facts” and “abusive comments about homosexuals,” specifically comments that “suggested that homosexuals prey on children.”

McVety’s college has also hosted a number of controversial events, including a 2011 speech by Dutch far-right leader Geert Wilders and a 2017 rally organized by Rebel Media protesting a motion condemning racism and Islamophobia following a white nationalist’s horrific terror attack on a Québec City mosque.

Despite his track record preaching hate, Ford appears to be embracing McVety and his social conservative agenda with open arms.

Last Sunday, Ford joined McVety on a whirldwind tour of several Toronto churches where the controversial pastor told congregants Ford would back their agenda. One GTA mega-church Ford and McVety stopped at was North York’s Prayer Palace, a congregation led by pastor Paul Melnichuk who is no stranger to controversy.

In 2007, the Toronto Star ran an exposé on how Melnichuk appeared to be dipping into his tax-exempt church’s collection plates to subsidize several multi-million dollar estates, a Florida villa along with a fleet of luxury cars.

A few decades earlier, Melnichuk was denounced by the Canadian Jewish Congress after video surfaced of a sermon in which the pastor denounced Jewish people as “the most miserable people in the whole world” and vowed he would “never pray for a Jew” because they “cheat and they cheat and they cheat.”

According to reporting from the Jewish Telegraphic Agency, Melnichuk said:

“My God, look at the old crooked Jew, as soon as he sees you he’s wondering how much money he can make on you, and how he can gyp you. That’s Jacob all over again. It’s right in his nature … They crucified him (Jesus) — the Jews did — the Romans didn’t.”

Melnichuk’s sermon also raised the ire of Catholics, citing the Book of Revelation and proclaiming the Roman Catholic Church a “great whore.”

According to the Toronto Star, Melnichuk later apologized, reportedly noting “the Bible instructs Christians to love their enemies.”

On Sunday, Melnichuk prayed Ford “would surround himself with men of wisdom” and declared “God’s hand will rest upon Mr. Ford,” before predicting Ford will be elected premier of Ontario, with McVety serving as his deputy.

Speaking from the pulpit, Ford asked the congregation to “go online and buy a $10 membership” because the Ontario PC leadership is rigging the vote against him.

“They put a time crunch in,” Ford said. “They want to target me because they know we can sign up more people than everybody else.”

Ford promised that if he ends up winning the leadership, he’ll be sure to return the favour for social conservatives.

“I can guarantee you we will make sure the church has a voice all the time,” Ford said. “All the time.”

“I tell you this,” Melnichuk told the congregation as the service drew to a close. “This province is going somewhere, folks.”