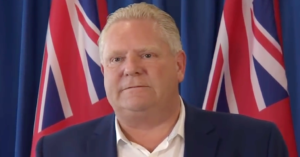 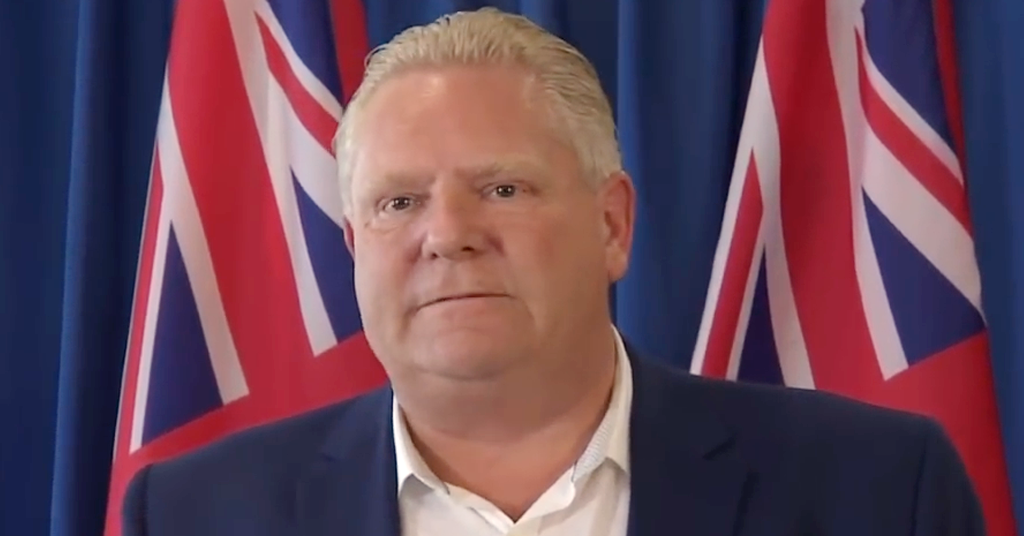 If Doug Ford’s PCs form a majority government after the Ontario’s June 7 election, it’s going to be a major setback for women across the province.

Ford’s lousy track record with women is pretty well-known: as Chatelaine recently pointed out, Ford has a well-documented history of sexist and misogynistic remarks, including calling a female reporter a “little bitch.”

During a 2016 interview that has not aged very well, Ford defended Donald Trump’s “grab her by the pussy” comments and claimed women care more about taxes than they do about sexual assault.

But even more alarming are the anti-woman policies Ford has publicly expressed his support for in the lead up to election day.

Ford won his party’s leadership by making promises to the biggest anti-abortion groups in the province and campaigned side-by-side with the leaders of Ontario’s religious right.

Meanwhile, groups working on gender-based violence initiatives worry funding for services relied on by women will be cut if Ford forms a majority government.

“We are hanging on a thread of a promise,” said the head of a group that provides legal aid to survivors of violence, adding Ford’s promise of cuts could “involve serious cuts to social programs like ours.”

Here are four specific examples of laws Ford has promised to roll back or repeal:

1. Ford opposes a law that makes it illegal to protest and harass women outside abortion clinics

Last year, the Ontario legislature moved to fast track Bill 163, the “Protecting a Woman’s Right to Access Abortion Services Act,” which creates safe zones to prevent anti-abortion protesters from confronting and harassing patients as they enter or exit abortion clinics.

The legislation enjoyed support from all parties, including the entire PC caucus – only Jack Maclaren of the fringe Trillium Party opposed the bill.

Despite its near-unanimous support, Ford told an anti-abortion organization that he opposes the so-called “censorship legislation.”

2. Ford will allow backbenchers to table legislation on restricting access to abortions

In an interview with another anti-abortion group, Ford stated: “I am personally pro-life” and “I believe in the sanctity of life.”

While the Ontario PC leader was careful to say he would not table legislation placing restrictions on womens’ reproductive rights personally, in the next breath he opened the door by allowing backbenchers to table legislation that targets abortion:

“I will allow MPPs to draft, bring forward and debate any legislation that is important to them … I will never muzzle members of our caucus.”

The anti-abortion group was so impressed with Ford’s views on abortion they awarded him 50 out of 60 points for his “policies and principles.”

3. Ford wants to give parents the power to block a teen’s abortion

During the same interview, Ford also said he would “welcome” dangerous, unethical and likely unconstitutional legislation that would give parents the power to block a pregnant teen’s abortion.

Asked if he supports “the introduction of legislation that would mandate parental involvement when a minor requests an abortion,” Ford said this:

“You know, most procedures in this province require a minor to have the consent of a parent. I can’t think of a more life-changing procedure for a young woman than an abortion. I think that is an important discussion to have and I would welcome any member who wanted to bring it forward in the Legislature to do so.”

Canada’s Supreme Court has already ruled teenagers do not need parental permission to see a doctor, so Ford’s idea likely violates the constitution.

Beyond that, no less than the American Medical Association has declared that the concept of parental consent for abortion breaches doctor-patient confidentiality and represents a major violation of medical ethics.

A number of academic studies from the United States have concluded that similar  restrictions, often imposed in right-wing Republican states, can further endanger  young women by exposing them to threats of physical violence.

4. Ford promised to give doctors the right to refuse to refer patients seeking abortions

In February, Ford promised an anti-abortion group he would table legislation that permits doctors who object to abortions on religious or moral grounds the right to refuse to refer patients to another doctor willing to perform the medical procedure.

In January, an Ontario court ruled doctors who object to medical procedures such as abortion or euthanasia on religious grounds are obligated to provide referrals.