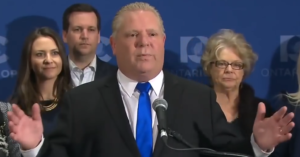 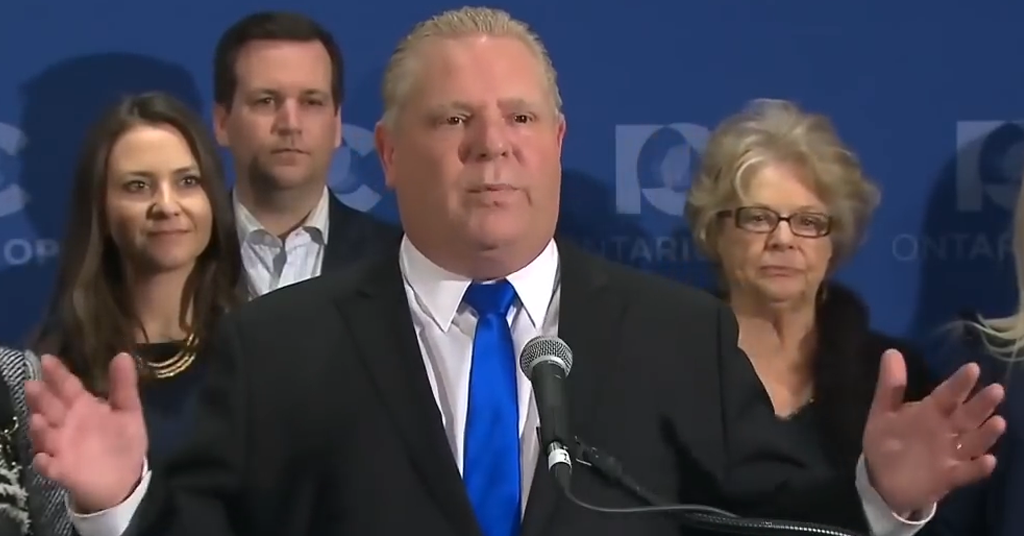 ‘To the victor goes the future of our children’

Following a chaotic leadership convention that saw angry party members sent home before a leader was announced because the room was only booked until 7 pm, the brother of former Toronto Mayor Rob Ford was unveiled as the new leader at an impromptu press conference held in the middle of the night in Markham, Ontario.

Ford now owes a debt of gratitude to hardline social conservative groups that have well-documented histories advocating for repressive laws targeting the rights and freedoms of women and LGBTQ Canadians, among others.

Considering the group’s supporters alone may have accounted for up to 15% of the 64,000 PC party members who cast votes, it’s possible they might be right.

Likewise, the anti-abortion group RightNow issued a statement indicating it also activated its networks to get out the vote and help Ford win.

“RightNow sold over a thousand memberships throughout the leadership campaign,” the group’s statement says.

Across Canada, RightNow is quietly working to elect anti-abortion candidates into key positions by stacking local nomination meetings and selling memberships for leadership votes, notably helping elect Andrew Scheer as Conservative leader and PC MPP Samuel Oosterhoff, at the time a teenager, to the Ontario legislature.

RightNow says they were “happy to support and endorse Doug as our second choice,” noting his “openness to parental notification for minors seeking an abortion.”

During the leadership campaign, Ford embraced the group’s idea to give parents new legal powers to block pregnant teenagers from having an abortion, something that  could expose young women to violence, violate doctor-patient confidentiality and also likely violate the constitution.

A few other extreme promises Ford offered his social conservative base during the month-long leadership campaign:

In a bid to pander to to social conservatives, Ford was spotted courting the support of controversial figures among the religious right throughout the leadership race.

Early in the campaign, Ford sought the blessings of Paul Melnichuk, an evangelical mega-church pastor who had been denounced by the Canadian Jewish Congress a few decades ago over a sermon in which he called Jews “the most miserable people in the whole world” and vowed he would “never pray for a Jew” because they “cheat and they cheat and they cheat.”

Last month, Melnichuk endorsed Ford and allowed him to ask the congregation to “go online and buy a $10 membership,” claiming Ontario PC executives are rigging the vote against him.

Ford also received help from Charles McVety, a noted bigot who had his show on a Christian TV network cancelled over “discriminatory comments” in which he claimed “homosexuals prey on children” and runs the Institute for Canadian Values, a social conservative think tank that routinely runs anti-LGBTQ disinformation campaigns targeting legislation on gender equality.

During the campaign, McVety called on his supporters to cast votes for Ford, even going so far as to produce an instructional how-to video walking his followers through the steps of filling out the Ontario PC’s online voter registration forms.

Before the vote, McVety asked his Facebook followers to “pray for Doug Ford today,” because “two million Ontario children (are) being experimented on as we speak with radical gender sex education.”

“To the victor goes the future of our children,” McVety added.

After the leadership results were announced, McVety praised God for “the incredible victory of Doug Ford as leader of the Ontario PC Party” and thanked his followers “who prayed, supported and voted” for Ford in the leadership contest.