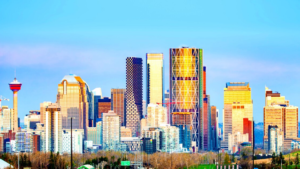 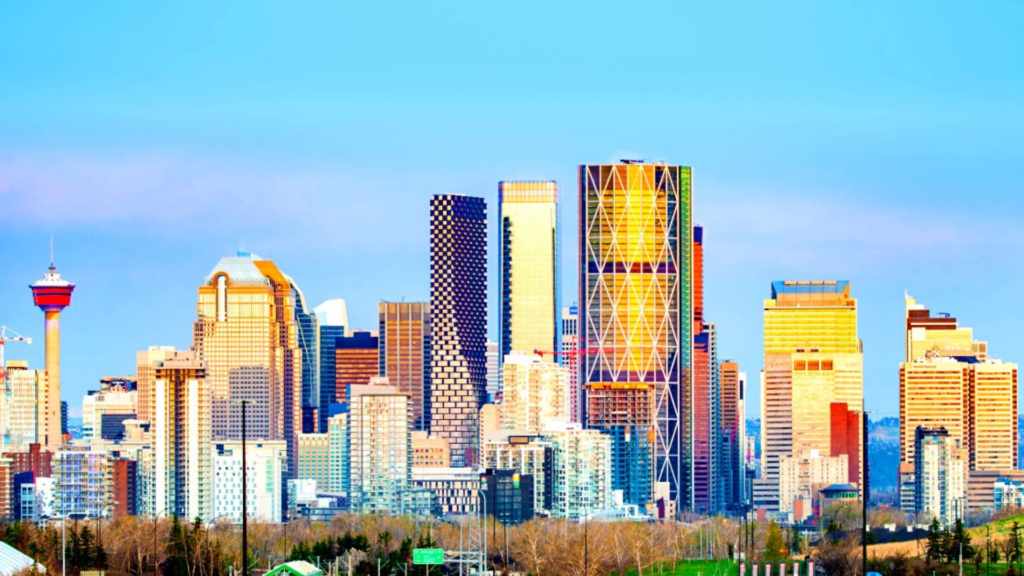 Indeed, Calgary’s Future does have $1.7 million at its disposal, with the bulk of those funds coming from CUPE locals 37 and 38 — the very unions Farkas invoked to oppose vaccine mandates.

Calgary’s Future, which is officially registered as Calgarians for a Progressive Future, is one of seven third party advertisers — more commonly known as Political Action Committees (PACs) — officially registered for the municipal election. But it’s the only one that has disclosed its finances thus far.

Alberta’s former NDP government banned corporations and unions from donating directly to political campaigns — provincially in 2015 and municipally in 2018. But that had the unintended consequence of redirecting those funds towards PACs, which are able to bombard social media with messages of support for their favourite candidates and issues.

Under the NDP, PACs didn’t have to disclose their donors until six months after the election, but municipalities could pass a bylaw to require earlier disclosure.

After the UCP came to power in 2019, they took the gloves off PACs — prohibiting municipalities from requiring early disclosure, allowing PACs to raise unlimited sums of money outside the six-month election period and then establishing a $30,000 cap on donations per PAC.

This cap was decried as “exorbitant” by Mount Royal University political scientist Lori Williams. “It’s much larger than we’ve seen historically and the implications are difficult to calculate,” she told The Sprawl.

Although there was no legal requirement to do so, Calgary’s Future opted to disclose its finances and donors well before the election. It endorsed Gondek for mayor, even though her campaign manager says Gondek didn’t fill out its survey, as well as 13 council candidates and six public school board candidates.

What is the relationship between Lead Calgary and Save Calgary?

Calgary’s Future isn’t the only PAC to have endorsed candidates. On the right, Lead Calgary has endorsed Farkas and 14 right-wing council candidates.

Beyond ideology, a major difference between Lead Calgary and Calgary’s Future is we only know where the latter’s finances come from.

Save Calgary, which operated as a PAC in the 2017 municipal election and claims it’s now volunteer-run, has been even more vociferous than Farkas in accusing Calgary’s Future of “trying to buy the election,” scrutinizing every Facebook ad Calgary’s Future has purchased for its candidates of choice.

DAILY REMINDER:
Union PAC with a $1.7m war chest has spent
$30,694 over the past 7 days
$4,384 per day on on Facebook and Instagram ads of their hand picked candidates in each ward to get them elected. You can view them all here: https://t.co/PGdMx3V3ay#yyccc #yyc #yycvote pic.twitter.com/nhi4GYAJc5

In 2017, Save Calgary didn’t explicitly endorse any candidates, but it ran attack ads against Mayor Naheed Nenshi, and councillors Druh Farrell, Evan Woolley, Gian-Carlo Carra and Diane Colley-Urquhart — all of whom were comfortably re-elected.

Save Calgary isn’t registered for the 2021 election, but their former spokesperson, William McBeath, who told the Calgary Herald in 2019 that early disclosure requirements are “super onerous … to comply with,” is listed as the primary contact and CFO for Lead Calgary.

On his LinkedIn profile, McBeath is listed as the COO and managing director of the True North Centre for Public Policy — linked to the far-right media outlet, True North. From 2015-18, he was the director of the Manning Centre for Building Democracy (now known as the Canada Strong and Free Network).

The latter is a particularly interesting connection, as Farkas was a senior fellow at Manning from 2013-16. There, according to his LinkedIn bio, he “worked to bring market-oriented ideas and principles to bear on municipal council issues such as affordability, mobility, and public safety,”.

We’ll have to wait until April to find out how big Lead Calgary’s war chest was and to whom they’re beholden.

Jeff Davison, who has consistently polled in third place, audaciously criticized fellow rookie councillors-turned-mayoral candidates Gondek and Farkas for having PAC support, despite having his own PAC — Calgary Tomorrow — that explicitly exists to support his mayoral bid.

1/ Is anyone surprised? Days from the election we learn that both Jyoti Gondek and Jeromy Farkas are receiving major financial support from TPAs. #yyccc #yycvote #Calgary

2/ Gondek has been endorsed by the multi-million dollar union controlled TPA Calgary’s Future. What promises did she make with union bosses in exchange for this endorsement? How does she pay for it? How much will taxes have to be raised? #yyccc #yycvote #Calgary

1/ Is anyone surprised? Days from the election we learn that both Jyoti Gondek and Jeromy Farkas are receiving major financial support from TPAs. #yyccc #yycvote #Calgary

And unlike Farkas and Gondek, Davison’s campaign has been accused of directly colluding with Calgary Tomorrow, which is prohibited under election laws.

In July, Davison’s campaign sent out an invite to a fundraiser golf tournament, telling corporate sponsors to direct their funds towards Calgary Tomorrow. Davison said he did nothing wrong, but pledged to ensure it doesn’t happen again, blaming the incident on an “overenthusiastic volunteer.”

Then, a couple of weeks ago, it was revealed that the Davison campaign was using election signs that were officially authorized by Calgary Tomorrow.

Like Lead Calgary, we don’t know how much money Calgary Tomorrow has, nor who is funding it.

Although Calgary Tomorrow was registered as a PAC in May, its existence wasn’t made public until news of Davison’s golf fundraiser came to light.

That’s because under the Local Authorities Election Act, PACs have to consent to being listed on the Elections Calgary website, which suggests there are almost certainly other PACs that are officially registered but lurking in the shadows.

The other PACs listed as officially registered for the Calgary election are Fluoride Yes!, advocating for the yes side in a referendum on reintroducing fluoride to Calgary’s water; Look Forward, another progressive outfit; Prosper Calgary, which supports Teddy Ogbonna’s longshot mayoral campaign; and Responsible Representation, which was founded by outgoing Coun. Shane Keating.

Meanwhile, Climate Justice Edmonton is the only officially-registered PAC listed by Elections Edmonton.

Donate
Jeremy Appel
Politics & Strategy columnist
Jeremy Appel is a Calgary-based independent journalist and author of The Orchard newsletter. His work has appeared in The Sprawl, CBC Calgary, The Maple and Jacobin.
@JeremyAppel1025
Report an Error
Journalistic Standards