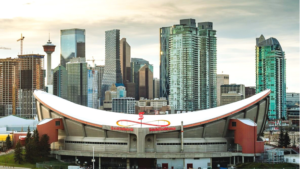 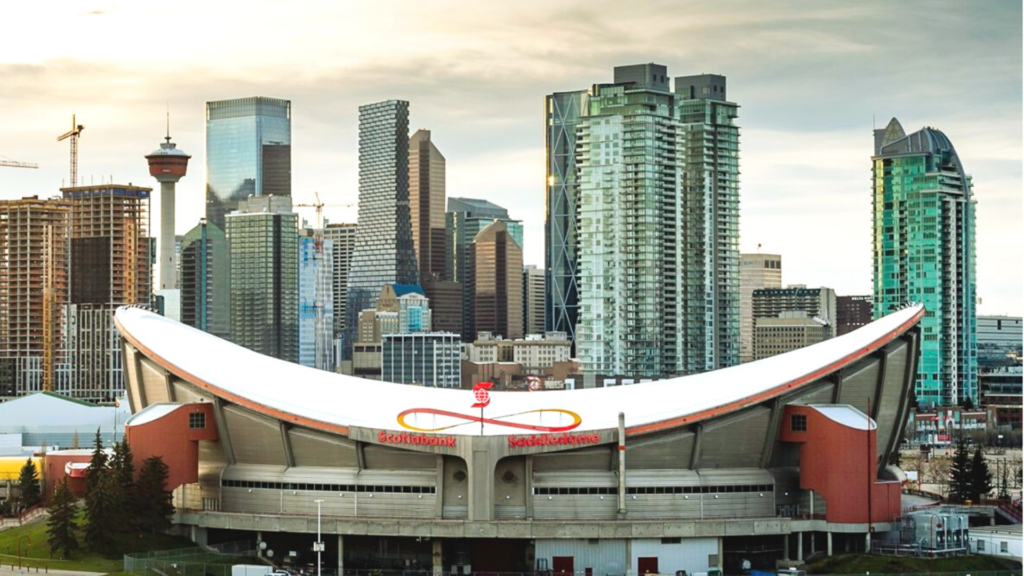 This article is more than 11 months old
Explainer

Police funding, transit, urban sprawl and the aging Saddledome are all up in the air during this year's municipal election

On October 18, Albertans are going to the polls for municipal elections, where they will elect mayors, city councillors and school board trustees.

In Calgary, a whopping 27 candidates are running to replace outgoing three-term Mayor Naheed Nenshi, who announced his retirement from municipal politics in April.

Nenshi has refused to endorse anyone for mayor, but did urge voters “to not vote for the easy solutions — not the ‘I’m going to cut your taxes and maintain your services’ — but to actually ask candidates what is their vision for the city.”

Three councillors who were first elected in 2017 are running for mayor — centrist Jyoti Gondek, right-wing populist Jeromy Farkas and establishment conservative Jeff Davison. These three have consistently led< the pack in the polls.

The most recent polling data from Leger has Gondek in the lead with 27%, followed by Farkas with 24% and Davison with 12%. Entrepreneur Brad Field is in fourth with 5% and Calgary YWCA executive director Jan Damery is in fifth with 3%.

Regardless of the election outcome, there is going to be an extraordinary turnover on council, which has 14 seats plus the mayor. In addition to Nenshi not seeking re-election, and three sitting councillors running to replace him, there are five councillors who aren’t running for re-election, as well as one vacant seat.

One of the councillors not seeking re-election, George Chahal, is now the Liberal MP for Calgary Skyview — the sole non-Conservative elected federally in Calgary. However,  Chahal is also currently being investigated by the Commissioner of Canada Elections after a video circulated on social media showed him  removing a flyer promoting  his Conservative opponent at a house in the riding and replacing it with one of his own.

For those keeping score, that’s at least nine fresh faces on council. But a couple may not be entirely new, with former councillors Richard Pootmans and Andre Chabot running for Davison’s old seat and the vacant seat, respectively.

So what are some of the major issues that candidates are running on?

In 2015, the federal and provincial governments agreed to split costs with the city for the $5.5 billion Green Line transit expansion. Once completed in its totality, it will bring the city’s C-Train to the city’s far north and southeast suburbs.

Council voted 14-1 in July 2020 to proceed with the first phase of the project — the one that has already secured funding — with Farkas the only vote opposed, a familiar pattern for watchers of Calgary city council.

Construction on the first phase is underway downtown, with completion slated for 2027.

The question for candidates now is how to secure funding for the project’s second phase and whether it should go north across the Bow River, as planned, or to the southeast suburbs, which would be less costly but also service fewer riders.

In July 2019, council voted 11-4 to split the $550-million cost to build a new arena near where the aging Scotiabank Saddledome sits with Calgary Sports and Entertainment Corporation, which owns the Flames. Davison — the arena deal’s biggest booster on council — and Gondek voted in favour, while Farkas opposed it.

Two years later, the deal was amended as the cost ballooned to $608.5 million, with the city paying $287.5 million and the Flames paying the remaining $321 million, as well as any remaining cost overruns. However, a key concession the city made was removing the city’s municipal land corporation’s oversight from the project.

The city also agreed to pay an additional $10 million for flood mitigation and the as-yet-unknown costs of a mobility and event management plan — the latter is scheduled to go in front of the new council for approval in November.

These changes spurred Gondek to oppose the deal she supported in its original form.

The city’s expansion into sprawling suburbs that are increasingly unaffordable to service has been a major issue for the city, one which Nenshi haspledged to address since before he was first elected in 2010.

However, council voted in 2018 to approve 14 new communities on the city’s outskirts.  Nenshi opposed it but Gondek, Davison and Farkas supported it. The suburbs’ approval led to a $56.9-million budget shortfall over three years.

Two years later, council unanimously rejected a proposal to build an additional 11 communities, but invited developers to try again in 2022.

Council attempted to encourage density in the inner city with its ill-fated Guidebook for Great Communities, a planning and best practices document that would have established a range of ingredients for local area planning.

The document was met with ferocious resistance from many community associations, who argued it would homogenize their communities, as well as a shadowy group that warned it will change your neighbourhood forever” in two front-page Calgary Herald ads.

Council ultimately gutted the Guidebook to establish the non-statutory Guide for Local Area Planning. Despite this, Farkas is campaigning to “reverse” the Guidebook.

In November 2020, council approved a motion to reduce the Calgary Police Service (CPS) budget by $10 million, or 2.5%, for 2021, investing those funds in alternative response models for people in crisis. This motion was supported by Gondek and Davison, but aggressively opposed by Farkas, who called it a “dangerous attempt to appease extremists.”

The CPS agreed to defund itself to the tune of $8 million. But when the time came for budget deliberations, the city opted to instead take $8 million from reserves to start a Community Safety Investment Framework (CSIF), inviting the police to match that contribution.

However, 70% of the police’s contribution went towards agencies within the police service, with the single largest recipient at $1.27 million of police funds being the Police and Crisis Team (PACT), which partners cops with addictions counsellors to assist people in distress.

The Calgary Police Commission, which determines how the police budget is divvied up, has committed to providing an additional $8 million for 2022. But no specific funding amount is guaranteed beyond that, so the fate of the CSIF is up to the next mayor and council.

Donate
Jeremy Appel
Politics & Strategy columnist
Jeremy Appel is a Calgary-based independent journalist and author of The Orchard newsletter. His work has appeared in The Sprawl, CBC Calgary, The Maple and Jacobin.
@JeremyAppel1025
Report an Error
Journalistic Standards