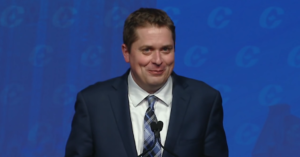 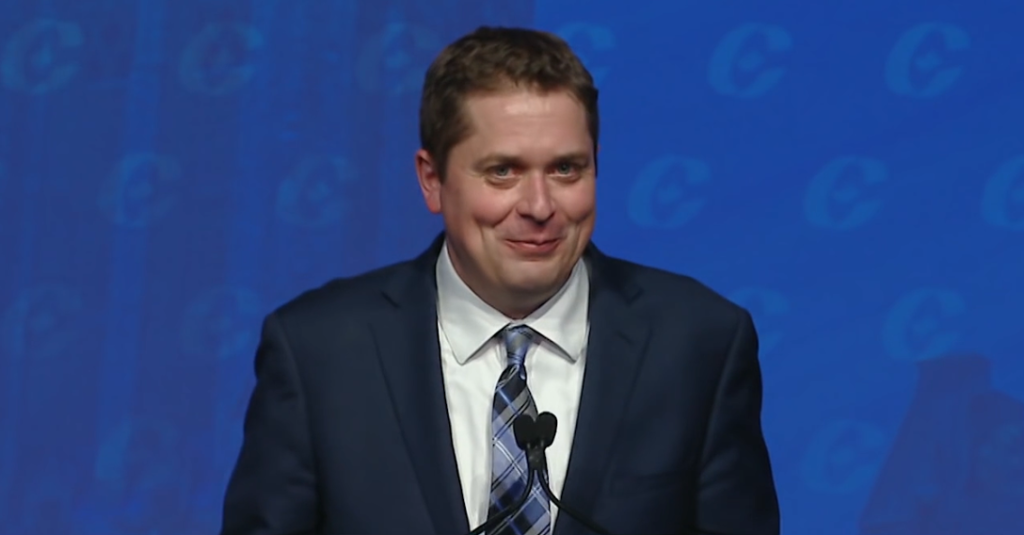 Hamish Marshall stood with Rebel Media while others walked away

Conservative leader Andrew Scheer just appointed one of the founding directors of the alt-right Rebel Media website to run his 2019 election campaign.

Hamish Marshall, who helped Ezra Levant launch Rebel Media in 2015, was still listed as a Rebel Media director until only a few days before Scheer appointed him the 2019 Conservative campaign chair this week.

One day earlier, the Globe and Mail reported Marshall managed Scheer’s leadership campaign from an office inside Rebel Media’s Toronto studio – when questioned by reporters this week, Scheer offered a stuttering response and abruptly ended a press conference. Scheer recently portrayed the founding director of Rebel Media as simply a “small business owner” while Conservative surrogaters try to convince people Marshall was only the money man at a website which, for the record, one Conservative MPs recently described as “anti-Semitic” and “white supremacist.”

Scheer himself was unwilling to go that far – following Rebel Media’s sympathetic coverage of a deadly white supremacist rally in Charlottesville in August, the Conservative leader would only commit to a temporary pause on interviews until Rebel Media’s “editorial direction” changes.

Yet Scheer appeared as a Rebel Media guest several times as it broadcasted blatantly racist and hateful videos, something the Conservative leader would have you believe he was totally unaware of because he doesn’t “look at every story they write.” Even if you buy that story, how can anyone believe the new Conservative campaign chair was as oblivious as Scheer claims to be about Rebel Media’s agenda? After all, Marshall was the director of Rebel Media and he did hang out at Rebel Media’s studio.

Rebel Media personalities like Brian Lilley, John Robson and several others finally cut ties after Rebel Media’s sympathetic coverage in Charlottesville. Ask yourself this question: why didn’t Marshall step away much earlier?

Here’s a look back at a few of things that didn’t seem to bother Marshall enough to quit Rebel Media – and apparently doesn’t bother Scheer enough to rule him out as his campaign chair either:

Rebel Media’s Gavin McInnes earned high praise from neo-Nazis and a Ku Klux Klan Grand Wizard when he filmed a rambling video in Israel questioning the Holocaust and suggesting “the Jews” were responsible for the Ukrainian genocide and starting World War II. McInnes also published videos on Rebel Media titled “A Nazi take on Israel” and “10 things I hate about Jews,” generating embarrassing headlines around the globe.

Goldy also travelled to Charlottesville, Virginia in August to attend a deadly white supremacist rally. Filming herself on a live stream, Goldy proudly declared that “there has been a rising in white racial consciousness” only moments before a neo-Nazi crashed his car into a crowd of people a few steps away from Goldy, killing one person. A few days later, Goldy appeared on a podcast affiliated with the neo-Nazi website the Daily Stormer. Goldy was subsequently fired.

One day after a white nationalist terror attack on a Québec City mosque that left six dead, Ezra Levant used the tragedy for a fundraising e-mail. Levant questioned whether “the mainstream media” was telling “the truth” about who the terrorist really was and, without evidence, speculated that the attacker might in fact be a Muslim. The e-mail then concluded by soliciting donations “to uncover the truth.”

Last year, Ezra Levant and Rebel Media’s travelling circus organized an anti-carbon tax rally on the steps of Alberta’s Legislature in Edmonton where the crowd denounced Alberta Premier Rachel Notley, chanted “lock her up” and called on hackers to launch cyber attacks on the Alberta government.

During French elections in May, former Rebel Media White House correspondent Jack Posobiec was linked to a disinformation campaign targeting French President Emmanuel Macron. After Macron’s campaign was apparently targeted by Latvian hackers, Posobiec was identified as the first person to circulate the information on social media.

Filming in the West Bank town of Bethlehem, Rebel Media’s Faith Goldy expressed shock and outrage when she discovered the population in the fabled birthplace of Jesus was predominantly Muslim. Goldy would go on to call for a holy war to “retake Bethlehem” from Muslims and invoked the phrase “deus vult,” a battle cry used during the Crusades that has gained new popularity in “white nationalist circles” and among the alt-right.

As a side project, Gavin McInnes also started a group that disrupts peaceful protests and often provokes violence, something described as an “alt-right fight club” by the Southern Poverty Law Center. The group has spread to Canada, with five so-called “Proud Boys” disrupting an Indigenous ceremony in Halifax.

For reasons that aren’t entirely clear, former Rebel Media host Lauren Southern offered a head scratching defence of fascism, a political philosophy she thinks has been unfairly tarnished by Hitler – um, sorry, what?

Then there was the time New York-based Rebel Media correspondent Laura Loomer, whose salary was subsidized through a fellowship from an American anti-Muslim think tank, was arrested after disrupting a performance of Shakespeare in the Park. As Loomer stormed the stage to denounce Julius Caesar’s alleged anti-Trump bias, former Rebel Media White House correspondent Jack Posobiec screamed at the audience: “You are all Goebbels! You are all Nazis like Joseph Goebbels … You are inciting terrorists!”

In May, British police arrested Rebel Media’s UK correspondent Stephen Yaxley-Lennon, a former leader of the far-right English Defence League who also goes by the pseudonym “Tommy Robinson,” after filming himself aggressively confronting defendants and attorneys as they came and left a Canterbury court house. Yaxley-Lennon was later found in contempt of court.

This summer, Levant made a special 17-minute guest appearance on the far-right conspiracy theory website InfoWars alongside host Alex Jones, who thinks the 2012 Sandy Hook elementary school massacre was a hoax and believes shape-shifting reptilian aliens are out to get Donald Trump. During the interview, Levant praised Jones as a “real trailblazer” while Jones complimented Rebel Media’s work doing “real journalism.”