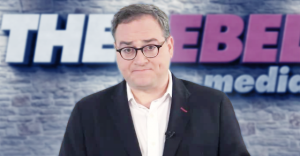 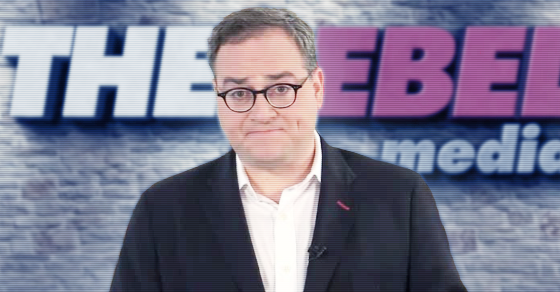 "Rebel Media bought a domain to monetize the shooting but using it to spread fake news goes from sloppy journalism to straight up lying."

Note to Ezra: the families of the victims deserve support, not you.

In the wake of Sunday’s terrorist attack on a Québec City mosque that left six dead, right-wing demagogue Ezra Levant is facing heavy criticism for spreading false information and using the tragedy in a fundraising appeal for his Rebel Media website.

In a fundraising e-mail to supporters Monday, Levant questions if “the mainstream media” is telling “the truth” about who the terrorist really is.

Never mind that authorities have already charged a Québec-born white nationalist with six counts of first degree murder, Levant – a repeated libelist whom Ontario’s Superior Court found motivated by “ill-will” and a “reckless disregard for the truth” – tells supporters the media is “less concerned” with accurate reporting than they are with “protecting the official narrative – Muslims are victims, not terrorists.”

Without any evidence, Levant also asks if a Muslim congregant mistakenly taken into custody in the chaos of the mosque attack could be an “anti-Muslim murderer?” – “what’s going on here,” Levant asks. “Did a Muslim attack a mosque?”

Levant’s e-mail concludes by soliciting donations to “uncover the truth.”

It turns out “the truth” is that “Mohamed” is a regular congregant of the mosque and was performing first aide on a friend wounded in the attack when he was mistakenly taken into custody by police – he’s since been heralded as a “Canadian hero.”

Authorities in Québec have explicitly stated there was only one gunman: a far-right white nationalist who was “enthralled by a borderline racist nationalist movement” and inspired by the likes of Marine LePen and Donald Trump.

Yet even on Tuesday night – well over 24 hours later – a special fundraising website set-up by Rebel Media to collect donations still falsely claims there were “two armed gunmen” at the mosque.

The website adds that supporters can’t trust the “facts” presented by “the mainstream media” because the media has “already made up their mind about what happened.” How long before @ezralevant launches a new url + begs for money to help send a reporter to Quebec to expose this as a false flag / hoax.

Rebel media bought a domain to monetize the shooting but using it to spread #FakeNews goes from sloppy journalism to straight up lying pic.twitter.com/jKN9OWb5Ls

Gosh, I was really feeling bad about burying the truth after I read this. Thank goodness for Ezra and Goldy. They rock. pic.twitter.com/Eu6i0O3M3T

Literally the only video they’ve posted so far is one implying that another mosque may have been responsible: pic.twitter.com/pmH3BEYxRu

If your news source said suspect in #QuebecCityMosqueShooting was refugee, its wrong.If they didn’t correct it, maybe you need a new source.

When will the Rebel take down their story blaming Muslims for an alt-right terrorist attack? Do they have zero conscience? #AbLeg #CdnPoli

The Rebel has bought the domain https://t.co/9eifPl2jXv in easy competition for the most disgusting response to a mass murder ever.

A white terrorist kills six Muslims at prayer in their mosque and the Rebel’s first action is a fundraising drive *for the Rebel*. #cdnpoli https://t.co/m8pxDc3mKT

Only Ezra could turn this into a money grab.

Levant played down the merchandising opportunity, noting his “store is not a significant source of funds.”