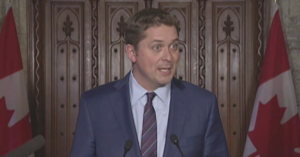 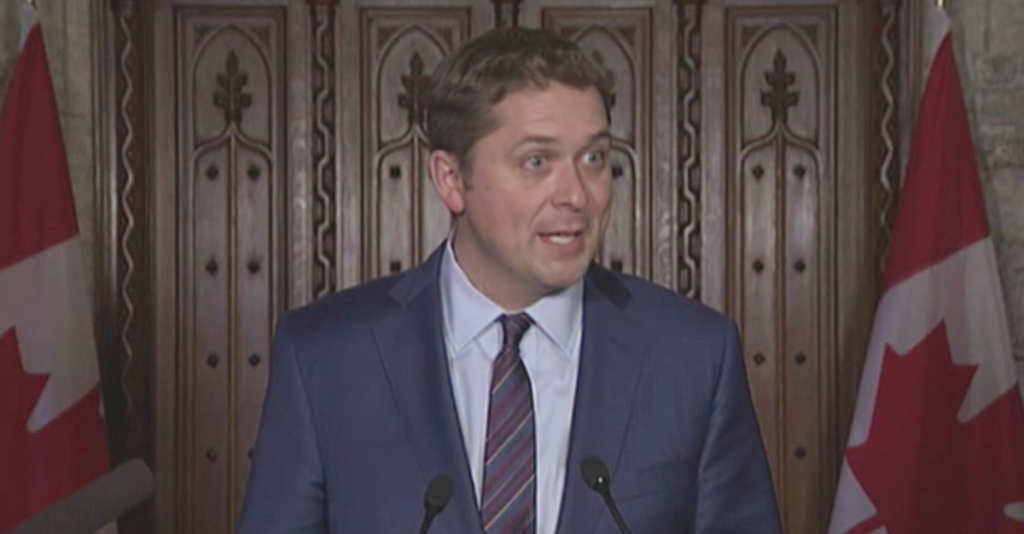 This article is more than 5 years old
Video

On Monday, the Globe and Mail reported Hamish Marshall, campaign manager of Scheer’s Conservative leadership campaign, had “worked out of the Rebel office during his leadership run.”

Although Marshall is one of Rebel Media’s founders, served on its Board of Directors and filled the most senior position on his leadership campaign, Scheer attempted to portray Marshall as a “small business owner” who simply did a “job” for his campaign before suddenly ending the press conference and quickly walking away:

Here’s a transcript of the exchange:

Reporter: Mr. Scheer, I have a question about your campaign. Were you aware that Hamish Marshall was operating out of the Rebel office while he was working on your campaign and did you have a problem with that?

Scheer: I believe Mr. Marshall has answered the questions to you about that. I hired him to do a job for the campaign, and that’s where that relationship was and I understand that he’s no longer, moving towards no longer being involved with that.

Scheer: I didn’t ask Hamish about every client he had, he has a variety of clients, he’s a small business owner himself and I asked him to do a job and he helped me out on my campaign.

Although Scheer describes his campaign manager as just a “small business owner” with a “variety of clients,” a closer look reveals a slightly different story.

The Torch Agency, Marshall’s company, describes itself as an “integrated research, creative and digital agency” that specializes in research involving “tracking polls,” “focus groups,” “advanced targeting,” including “building custom physchographic profiles of the customers, voters and audiences you need to reach.”

And although Scheer is eager to portray Rebel Media as just another Torch Agency “client,” what he doesn’t mention is that up until this weekend, Marshall was a member of Rebel Media’s Board of Directors.

Scheer did get one thing right when he suggested Marshall is “moving towards” ending his formal relationship with Rebel Media.

At some point over the course of the last few days, Marshall’s name appears to have been scrubbed from official records listing Rebel Media’s Board of Directors:

Rebel Media is a controversial alt-right website that has made headlines over the last year for spreading conspiracy theories and fundraising off a Quebec City terrorist carried out by a white nationalist extremist, publishing an anti-semitic videos and praising white supremacists at a deadly neo-Nazi rally in Charlottesville, Virginia. Another Rebel contributer was linked to a disinformation campaign targeting France’s presidential election.

Following the incidents in Charlottesville, Conservative MP Michael Chong denounced Rebel Media as a “anti-semitic” and “white supremacist” website, though many Conservative MPs, including Scheer, chose to remain silent.