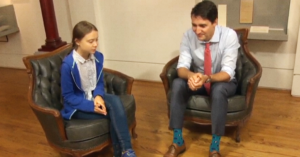 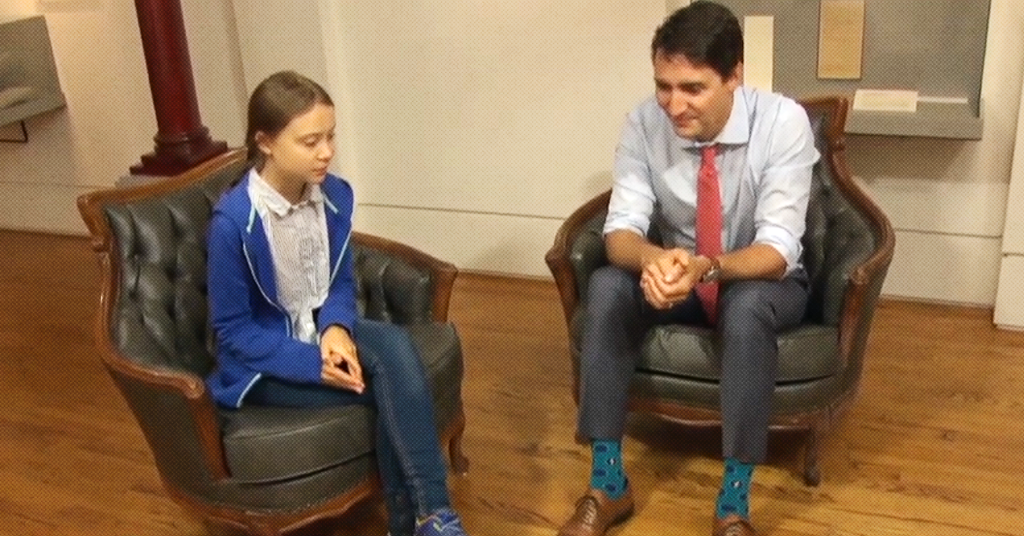 According to a new poll commissioned by CTV and The Globe and Mail, Trudeau’s support amongst voters aged 18 to 29 plummeted from “nearly 35% to a little more than 24%” following his meeting with Thunberg at last week’s climate strike.

According to the pollster: “I think we’re going to call this the Greta Thunberg effect,” said pollster Nick Nanos, who conducted the poll. “What’s it like to have Greta Thunberg tell the prime minister … ‘You’re not doing enough?’”

The back story: “Justin Trudeau, for example, praised her last week while unveiling new climate policies that fell short of Thunberg’s goals. After meeting with him, she claimed Trudeau was ‘not doing enough’ on climate – and she has previously called his government’s doublespeak on climate policy ‘shameful’,” wrote the Guardian, underlining the perception Trudeau is two-faced on climate change.

Trudeau’s response: “I recognize, and I said this directly to Greta, that we have to do more,” Trudeau told reporters.

mans is protesting his own government I am confusion ???!!! https://t.co/RDAhOOBJtv

A few highlights from Trudeau’s record on reducing emissions: