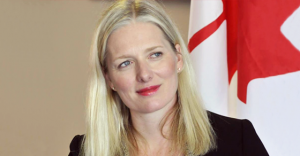 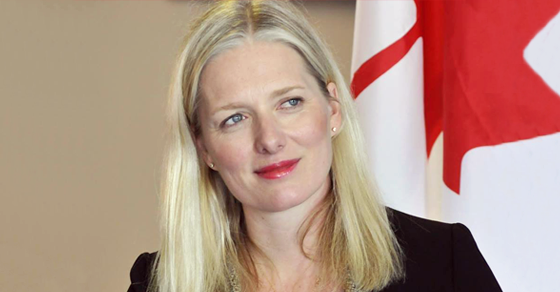 Is Catherine McKenna happy to champion the same targets for reducing carbon pollution that her own party called "the weakest" in the industrialized world?

Did the Liberals mislead Canadians about their climate change plans?

Or is Catherine McKenna happy to champion the same targets for reducing carbon pollution that her own party called “the weakest” in the industrialized world?

Despite McKenna’s new definition of success, the 2015 Liberal platform’s chapter on the environment actually has a very different benchmark for success when it comes to climate change.

The platform specifically calls for “the creation of national emissions-reduction targets” aimed at avoiding the “catastrophic impact” of a “greater-than-two-degree increase in average global temperatures.”

And if they thought “Harper’s targets” could play an adequate and meaningful role in avoiding this “catastrophic” future, the Liberal platform didn’t exactly spell that point out:

“Central to this will be the creation of national emissions-reduction targets, informed by the best economic and scientific analysis. These targets must recognise the economic cost and catastrophic impact that a greater-than two-degree increase in average global temperatures would represent, as well as the necessity for Canada to do its part to prevent that from happening. We believe that Harper’s targets are inadequate and meaningless without a plan to achieve them.”

Why is the focus on two degrees so important?

You might ask yourself: will Harper’s carbon target help prevent such “catastrophic” impacts?

That’s exactly the question one Liberal backbencher put before Canada’s lead climate change negotiator – would Harper’s target of reducing emissions 30% below 2005 levels by 2030 “help achieve the goal of a 1.5-degree or 2-degree rise in temperature”?

The high-ranking bureaucrat had bad news: even if Canada met its 524 megatonne target for 2030 and every country in the world hit the targets they pledged in advance of last year’s COP21 conference in Paris as well, this would still “put us at around a 2.7° temperature rise.”

When it was announced last year, former Liberal environment critic John McKay condemned Harper’s targets, stating that “the Harper government’s emissions targets are among the weakest in the G7.”

And he’s not the only one with choice words.

Last month, Toronto Liberal MP Arif Virani wrote an open letter to McKenna reporting his constituents were “unanimous that the GHG emission target of 30% below 2005 levels by 2030 set by the previous government is insufficient, and must be much more aggressively set.”

Climate experts estimate that avoiding a 2° Celsius increase in global temperatures will require additional emissions reductions of 40-70% by 2050 and “carbon neutrality” (zero emissions) by the year 2100.