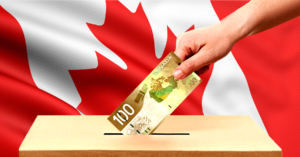 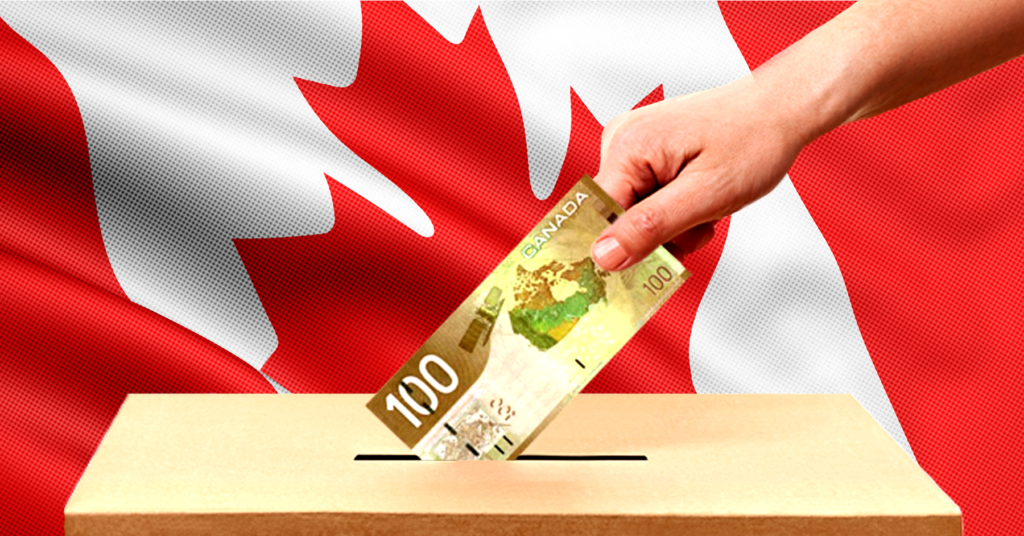 Raucous elections, naked self-interest, and controversial policy announcements get the headlines in politics but the reality is that the health of a democracy is rarely decided in the loud moments.

These things are like the storm battering a building. Whether or not the building will remain standing comes down to the quiet, mundane electoral and governance processes that lay the foundations for a robust democracy.

Amongst the most critical of these processes is the question of whose money funds elections in the first place and what rules they are governed by, a process referred to as campaign finance. Campaign finance rules are critical ways of ensuring that ordinary voters have the power in a democracy as opposed to corporations or institutions with the resources to pay for election outcomes.

While strong campaign finance structures are common in most of the world’s democracies, in Canada we weren’t even talking about these issues until the early 2000s. As a result our rules are younger and weaker, and in some provinces — like Saskatchewan and Newfoundland — there are still no campaign finance rules at all in provincial and municipal election campaigns.

What do good campaign finance rules look like? They should include five basic provisions:

I came to learn about campaign finance rules when I decided to run for the Vancouver School Board in the 2002 Vancouver municipal election with the Green Party. Despite having very few funds, we knocked on over 20,000 doors and I managed to get elected, a first for the Green Party not just in Vancouver but in Canada. It was also the first time someone not associated with the major parties in Vancouver had been elected in a very long time.

There was a good reason for that. At that time, Vancouver’s elections had no campaign finance rules at all. For decades, municipal elections in Vancouver were consistently won by the party that spent the most money. The chances of elbowing your way into that system without one of those parties was very unlikely.

The Vancouver Electoral Reform Commission (VERC) was set up in 2003 to look at the then perennial issue of whether to have a citywide or ward-based voting system in Vancouver. However, what they heard was that the lack of campaign finance rules had taken over as a major concern for many residents.

Where previously people had thought smaller districts or wards would make elections more accessible for regular residents, the 2002 election made it clear that the lack of campaign finance rules had created the equivalent of a financing arms race that only people well-connected to the city’s business or labour community could access.

I, along with others, pushed the VERC to take action which it did and Vancouver City Council made its first request for change in 2005 to the provincial government.

The harder part was convincing the provincial government to do something about it. Under the Canadian constitution, provinces maintain control over municipal elections. The provincial government at the time itself had no campaign finance rules and turned down Vancouver’s request saying that support for new rules was needed from all BC municipalities in order for the province to act.

Over the next decade, spending skyrocketed in Vancouver elections. In the 2014 election, the two largest parties — the NPA and Vision Vancouver, which was the party I was elected with — spent $5.8 million, the majority of which came from non-individuals, primarily corporations and unions. Public confidence not just in municipal elections but in the people elected in them headed steadily downhill.

14 years after the first formal request to the provincial government and 12 subsequent unanimous motions from Vancouver City Council (full disclosure – most of these were initiated by me in my time on Vancouver City Council), in 2017 the new NDP government finally brought in rules both for itself and BC’s municipalities, aided by some high-profile attention from the New York Times. These rules banned all donations from non-individuals and capped annual individual donations at $1,200.

BC is not the only province to have taken action or even the first. Similar rules were brought into effect in Ontario the year before and in Alberta in 2015. Quebec has the oldest rules in the country, pre-dating even the federal decision to ban corporate and union donations in national elections in 2007. Quebec’s rules were tightened even further in 2016 as a result of the Charbonneau Commission, a sweeping investigation of widespread corruption over contract awards in their provincial government and some municipalities.

The two hold-outs in Canada are Saskatchewan and Newfoundland. In Newfoundland, the donation profiles of the major parties look very similar to Vancouver’s over the last decade with less than 15% of donations to the two major centre-right parties coming from individuals. Calls for reform have started but like Vancouver it appears things may get worse before action is taken. Knowing what we know, why wait?

Saskatchewan is a much harder case. Their primary challenge is a pipeline of cash coming in from Alberta-based corporations and wealthy individuals. It’s one of the few democracies left in the world to allow this to happen and you can see at least the inherent optics it creates to have outside interests financing the party of a sitting Premier.

Bringing in campaign finance rules won’t solve everything in those provinces. In fact, in almost all cases they create new problems. BC itself just quietly updated their rules to deal with the situation in Vancouver where the city’s political parties – until last month unregulated outside of elections – were raising unknown amounts of “dark” money. Dark money is what it sounds like: Money going into the political process that isn’t regulated or reported.

Even with the changes, problems may still remain. The current Vancouver mayor, Kennedy Stewart, has also been raising money between elections and spending it on campaign activities including building lists and hiring a campaign manager. For people without an “electoral organization” (political party) it’s unclear whether they will also have to declare the sources of funds raised outside of the next election period which doesn’t officially begin until January 1, 2022.

If the rules can effectively prevent politicians from raising dark money, experience in other jurisdictions shows it can simply go into third party campaigns — often referred to as “astroturfing” which are much harder to track.

All of this begs the question, why bother regulating campaign finance at all? There is virtually no data on whether or not campaign finance rules reduce corruption because there is little to no data on whether campaign donations create corruption. Generally speaking, most elected officials, like most Canadians, are honest people and those that are being bought off aren’t exactly self-reporting, so it’s hard to track.

What we do know is that public trust in government is correlated to the sense people have that they can directly influence government’s decisions. When corporations, unions and large institutions appear to have less influence on elected officials it increases trust in government. At a time when democracy is on its heels globally, that is in itself enough to recommend taking the strongest possible action to get big money out of our elections.