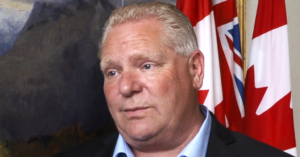 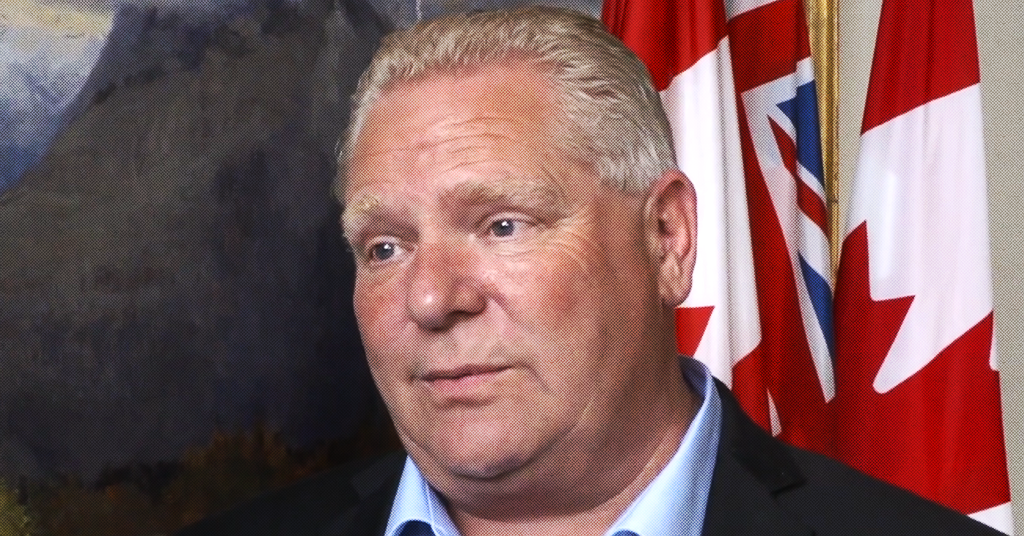 If you thought you had a difficult 2019, consider for a moment the struggles of Ontario Premier Doug Ford.

As we draw 2019 to a close, here is a short trip down memory lane looking back at the Ford government and Premier Ford’s saddest moments:

1. Getting booed at the Toronto Raptors championship parade

Ontario Premier Doug Ford was greeted with a chorus of boos when he was announced to the crowd at the #raptorsparade. #onpoli #wethenorth

Even worse for Ford — the moment was caught on video from multiple angles:

Premier @fordnation gets booed after he was introduced on stage #onpoli #wethenorth pic.twitter.com/hbXb8rbxZC

2. Going into hiding during the federal election

Ford must have felt extra sad when his federal cousin Andrew Scheer didn’t want to be seen in public with him during the October’s federal election — understandable, considering how unpopular Ford’s government is with voters.

But Scheer added insult to injury when he asked Alberta Premier Jason Kenney to campaign with him in Ontario instead, right in Ford’s own backyard.

No one saw much of Ford after he decided to shut down Queen’s Park and give himself a five month summer break, aside from sporadic appearances at small town community events, like the Bradford Carrot Festival.

Thank you @fordnation for showing your support to our agricultural sector at #CarrotFest? in Bradford. I’m proud to represent one of the largest carrot producing regions in Canada! pic.twitter.com/HEITeSrsWL

According to December polls, Doug Ford’s approval ratings sit at a -45 rating across the country and at a -43 rating in Ontario — he is the least popular premier in Canada.

An earlier poll found just 19.9% of Ontarians polled have a favourable opinion of Ford, while 73.4% “have a negative opinion of the premier.”

Quito Maggi, President and CEO of Mainstreet Research remarked: “His support is collapsing.”

One reason for Ford’s collapsing support was that his government’s first budget was an absolute catastrophe.

Among other things, the budget cut income support programs by over $500 million, it threatened school breakfast programs for children from low income families and it eliminated grants for low income students.

4. Gutting support for children with autism

The Ford government’s answer to massive waitlists for autism support was to reduce the amount of support available for many, many families.

Under the proposed changes, eligible families would receive a maximum lifetime total of up to $140,000 per child for treatment but even that sum came with fine print. The cap would get lower as kids get older.  So, a two-year-old child entering the program gets the maximum $140,000 but a seven-year old would be capped at $55,000? And each year after? The cap is $5,000 per year.

That did not go over well — especially when intensive therapies can cost up to $80,000 per year. .

Ford’s government faced massive protests from parents, leading the premier to walk back its initial changes and, more recently, the government announced it needed to delay the launch of the new program.

The Ford government’s changes to education were equally controversial — the government cut per-pupil education funding, it raised class sizes for both elementary and high school classes and it forced students to take online classes to graduate.

Calculations by the Financial Accountability Office estimated that would cost the education system up to 10,000 teaching jobs. Unions representing educational staff have been successful in pressuring Ford to back down from that initial number — currently, Ford’s government only plans to axe 6,000 education jobs.

Not only do polls show a clear majority of parents oppose its class size increases and online learning mandates — but the government had to bury the results of its own parent consultations, according to the minister, because it would “directly impinge our position at the bargaining table.”