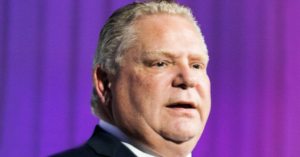 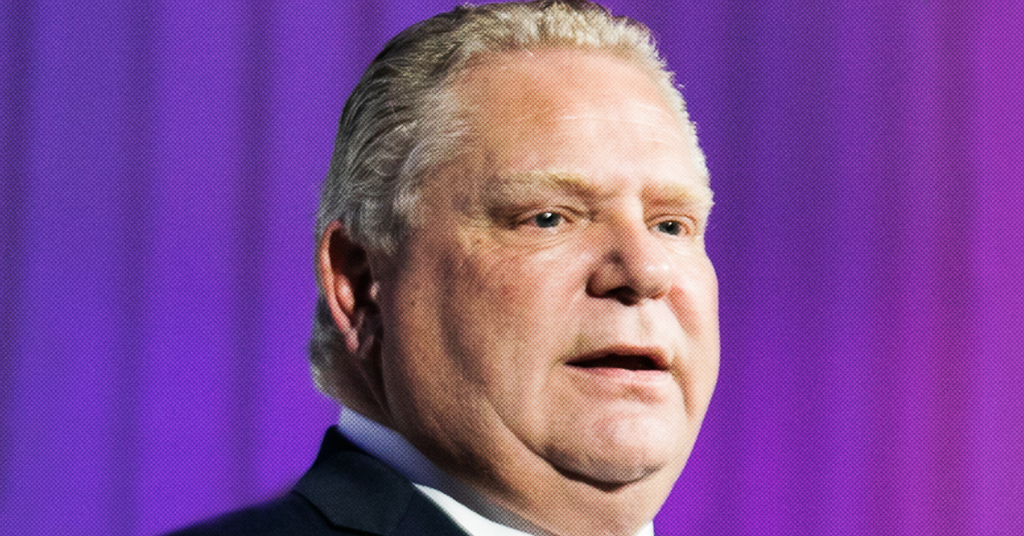 Doug Ford once waged war against a shelter for disabled youth. Now he’s Premier of Ontario and he’s gutting support for autistic children.

Parents across Ontario are up in arms about the Ford government’s recent overhaul of the program supporting children with autism.

Both Premier Doug Ford and Lisa MacLeod, Minister for Children, Community and Social Services, were confronted by mobs by angry parents everywhere they turned last weekend.

Here’s why parents across Ontario are outraged.

For years, parents of children with autism in Ontario have been subject to long wait-lists and fairly limited support.

There are currently 23,000 children diagnosed with autism on the Ontario government’s therapy wait-list, but only 8,400 are currently in the program and receiving therapy.

Under pressure from families to fix the system, the old Wynne Liberal government introduced controversial changes in 2017 that allowed families to receive funding through private providers while waiting for more scarce service-provider support through regional service providers.

But all in all, the long waits continued.

And Here’s How Doug Ford Made The Problem Worse

Yes, the government announced it would clear its wait-list within 18 months – except there was a catch.

The government announced it would give families a one-time lump sum of money, instead of funding ongoing support through regional service providers.

As the Canadian Press reported, families will receive a maximum lifetime total of up to $140,000 per child for treatment, although the cap could be even lower depending on what age the child enters the program.

That annual $5,000 per child cap is a big problem for families who need intensive autism therapy for their children, which can cost between $50,000 to $70,000 a year, according to Ontario Autism Coalition.

At that cost, Ford’s support for children with autism won’t go far, leaving many families to pay tens of thousands of dollars out-of-pocket in healthcare costs.

Even more infuriating, many parents and advocates notes, is Ford’s proposal that funding not depend on need but on age. There is enormous variation in the needs of children with autism, regardless of age.

Parents Are Outraged With Doug Ford

Parents of children with autism are outraged by the changes.

Over the weekend, McLeod was mobbed by angry parents at a photo-op in suburban Ottawa who were upset by the changes brought in by the Ford government.

Meanwhile, at a hockey rink in Port Perry, Ford was confronted by Jill Breugem, a mother who is concerned about what Ford’s changes will mean for her son with autism.

Here’s how Breugrem described her encounter with Ford to Durham Radio News:

“I said do you see my son over there? I said he’s the one that you’re impacting,’ Breugem said she told Ford. ‘By you taking away his therapy he’s not going to be able to communicate and he said ‘Oh so let me get this right you’re one of the ones getting therapy right now. You’re one of the 25%, what about those other parents?’”

If you thought picking a fight with parents of autistic children might be a bridge too far for Ford’s right-wing allies, think again.

Over the weekend, the Toronto Sun published an editorial claiming the cuts to support for autistic children is really about “fairness and balance,” while absurdly claiming parents of kids with autism who’ve received support have “hit the jackpot”:

It’s just not fair when the vast majority of parents are left digging into their own pockets to pay for costly treatment while a lucky few hit the jackpot. A handful of kids flourished. Most foundered.

Meanwhile, Toronto Sun columnist Joe Warmington went so far as to suggest on Twitter that the “angry parents” might possibly be fake parents.

One person who is definitely not a fake parent is Bruce McIntosh.

Last week, McIntosh resigned from his post as a legislative assistant for one of Ford’s Progressive Conservative MPPs, calling the changes “indefensible” and “absolutely wrongheaded.”

Oh, And Doug Ford Has A History

Back in 2014, when he was a Toronto city councillor, Ford controversially picked a very public fight with the autistic community.

The Etobicoke Guardian reported he attended a community meeting regarding a home run by the Griffin Centre, a charitable agency that helps those with developmental disabilities, including autism.

Ford claimed the centre was “ruining the community” by bringing youth with “violent behaviour” into a middle class neighbourhood, arguing it needed to be shut down and relocated.

Ford later told the father of a child with autism to “go to hell” and complained he was somehow the victim of a “full out jihad.”

On another occasion, Ford vowed to “buy the house myself and resell it.”