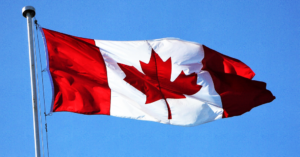 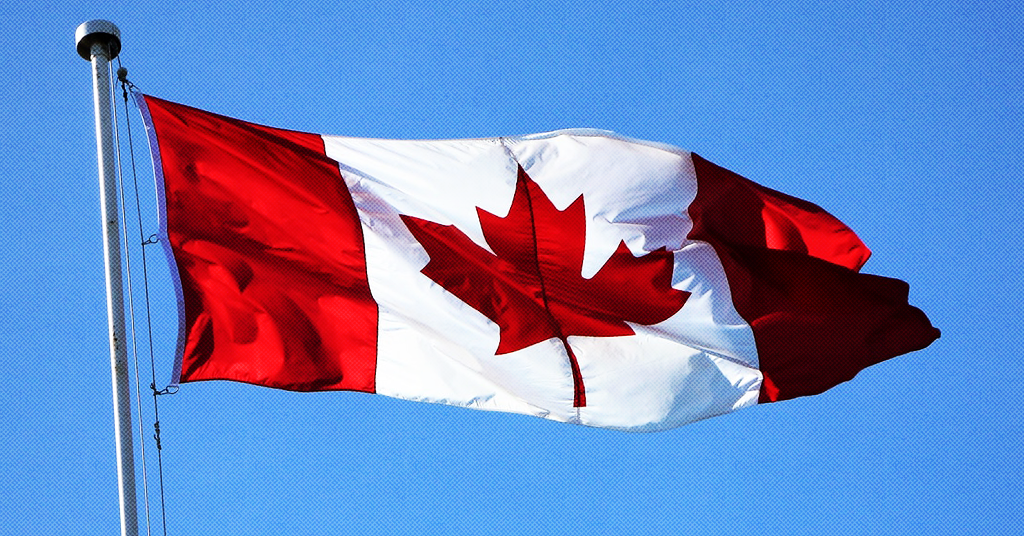 The next federal election could shape up to be a battle over what the “new normal” in Canadian society should look like after COVID-19.

According to new polling from EKOS, a clear majority of Canadians agree that the pandemic has exposed “ugly truths” about how workers and the elderly have been treated in Canada under the old status quo.

Three-quarters (73%) of Canadians said they now expect a “broad transformation of our society” as a result of the pandemic, with a majority saying they expect to see major social reforms that prioritize “health and well-being.”

“In searching for some positives in the short-term ruins of the pandemic, we are seeing some signs that this might be a segue to a better future which may not have been attainable without this tremendous shock to societies,” EKOS notes. 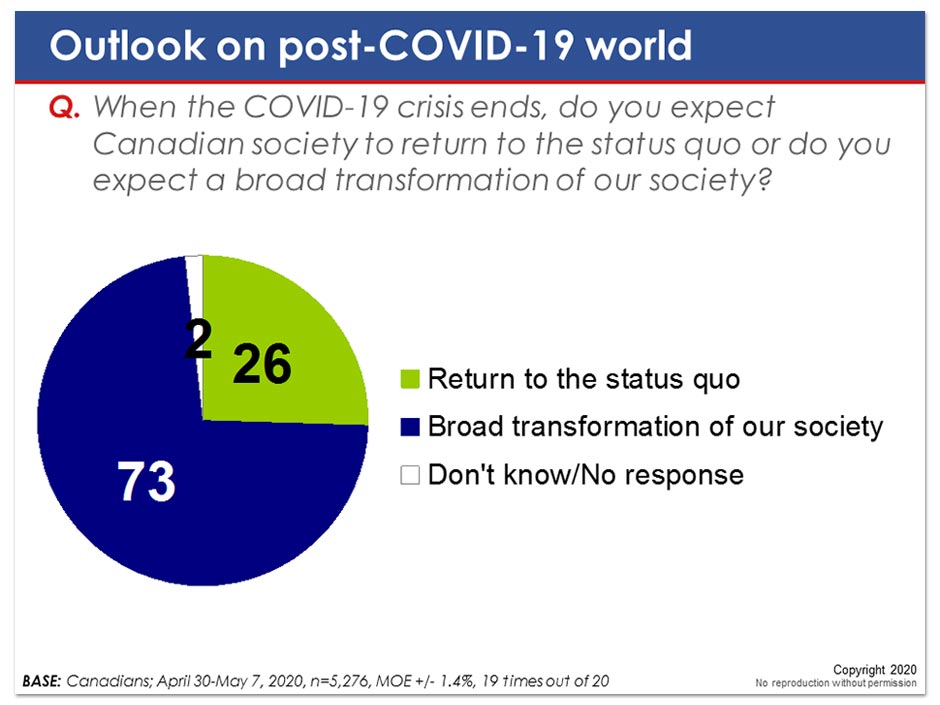 In all, 70% said the pandemic is creating the conditions for major reforms focused on the “health and well-being” of ordinary Canadians, while 30% see a future that is “more authoritarian, stressing nationalism and security.”

Canadians are leaning towards that utopian vision of the future across all categories and partisan affiliations, with the exception of those who self-identify as supporters of the Conservative or People’s Party, who are evenly split on the question. 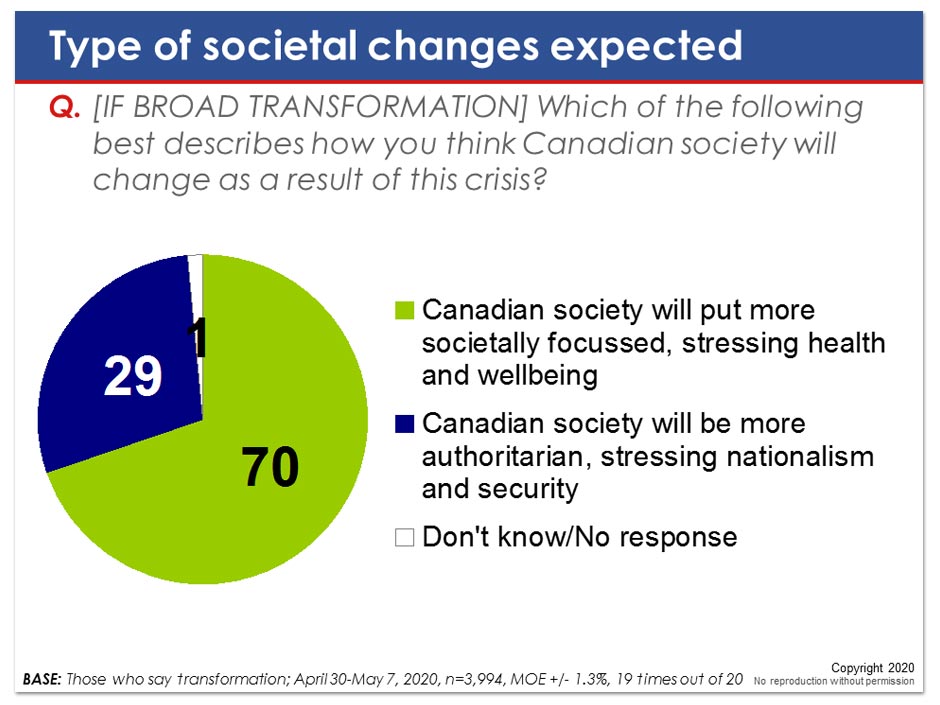 The poll also finds a “sizable majority” think the crisis underlines the need to shift to a greener economy in the post-pandemic world. 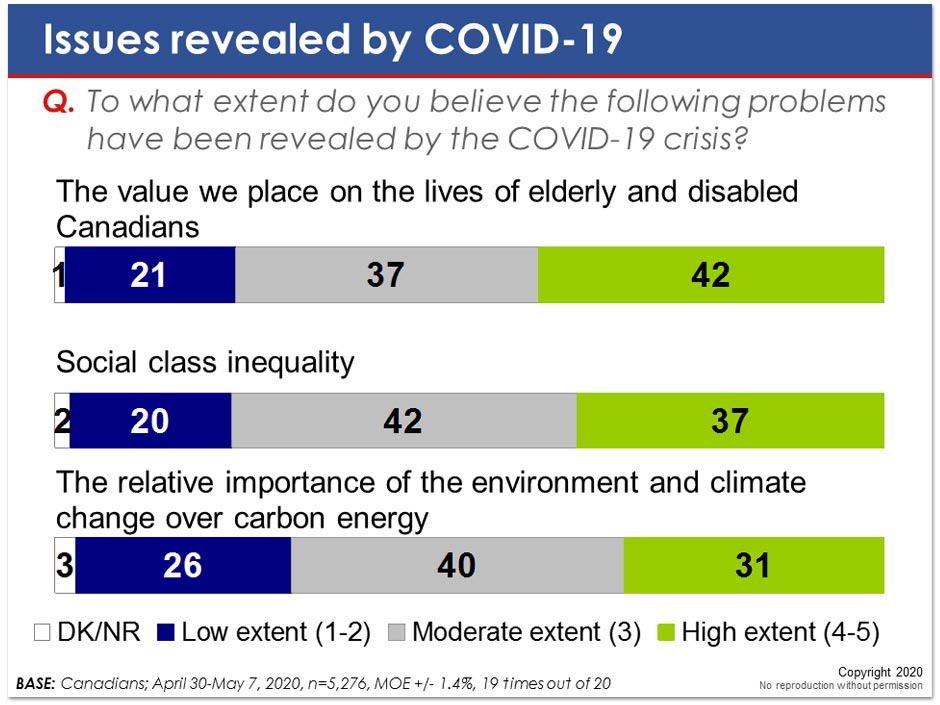 Stephen Harper disagrees: One person who can sense which way the winds of change are blowing is a former Canadian prime minister and current chairman of the Munich-based International Democratic Union.

Writing in the Wall Street Journal, Stephen Harper warns global financial elites that the case for austerity may “encounter serious resistance” now that workers have seen what government can accomplish when the full power of the state is actually focused on the health and well-being of workers:

“… Opposition this time may even be stronger. Many workers have been reduced to limited stipends by government-ordered shutdowns … Those laid off in public institutions have generally received full pay. Their experience of a guaranteed maximum income will feed the delusion that current economic and fiscal management is somehow viable.”