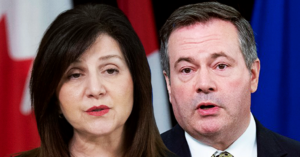 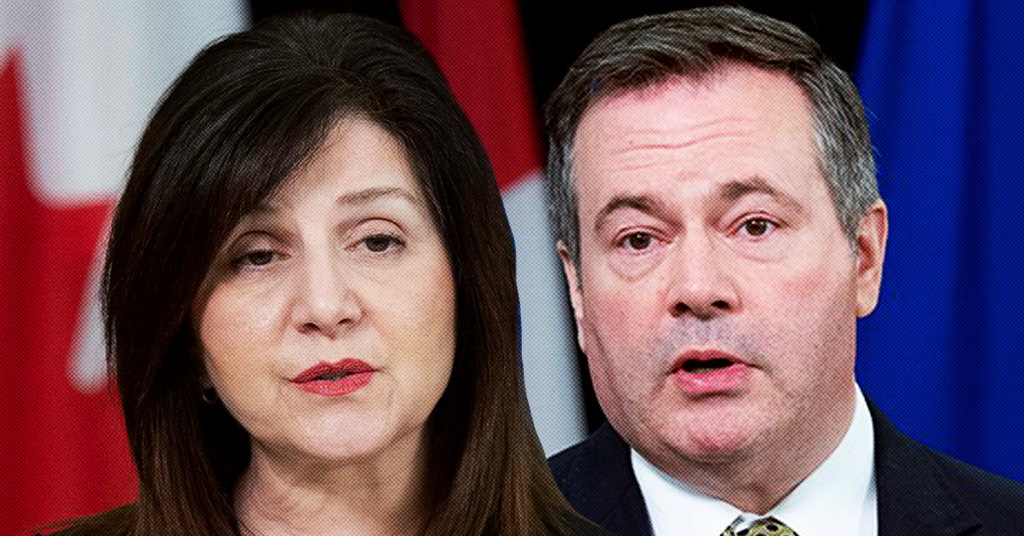 First reported by CBC News, the Alberta government’s recent $4.2 million contract to provide 1.7 million masks to Alberta’s schools was split with 90% of the work going to the American clothing company Old Navy and 10% going to IFR workwear, a company based in LaGrange’s Red Deer–North riding.

IFR’s CEO is Reg Radford, who donated thousands of dollars to LaGrange in 2019.

90% of masks Alberta students will get at school are from Old Navy — meet the company making the other 10% https://t.co/b3rGA1pZ7E

UCP donor awarded contract following non-competitive bid: According to the Cold Lake Sun, LaGrange said she was justified in giving one of her top donors a sole-sourced contract because the situation was “urgent”:

“Given the expediency required, the (Provincial Operations Centre has directly approached experienced, established vendors to fulfill personal protective equipment (PPE) needs for school reopenings. Government of Alberta contracting policies allow for this expedited process in urgent situations, as a standard request for proposal tendering process would not allow the government to fulfill our schools’ needs in the timely manner required.”

Kenney posed for photos with company representatives and praised IFR as “a great Alberta company” and a “good example of private sector initiative.”

A great Alberta company that produces garments & PPE for heavy industry, which is now onshoring production of masks for COVID19. Good example of private sector initiative as part of our Bits & Pieces Program pic.twitter.com/bkt6wNMR8f

UCP donor’s company denies “cronyism”: Lyn Radford, a spokesperson for IFR, told CBC News that the company wanted to put to rest any suggestion that “cronyism” or “nepotism” played a role in the awarding of the contract.

“Of course we’re a business so we’re going to support political affiliations … we don’t know what the government’s done, but we can tell you, we submitted a quote to a third party. That party submits to the government.”

“We’re very up front, we’re very transparent, we’re a family business. You’d think they’d be glad Alberta companies are getting a small piece of it, anyways.”