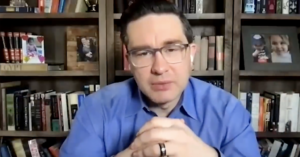 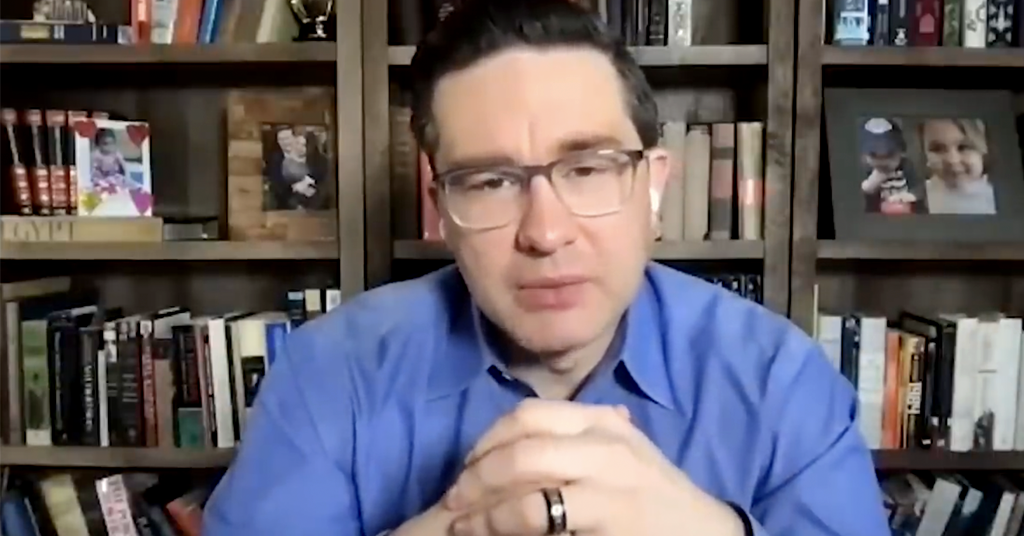 This article is more than 10 months old
Video

Conservative leadership candidate tells right-wing media outlet he will ‘unite people for freedom ... regardless of their vaccine status’

Conservative leadership candidate Pierre Poilievre says he wants to “welcome” supporters of the far-right People’s Party back to the Conservative Party, stating he believes they are voicing “legitimate” concerns about “freedom.”

In an interview with the right-wing media outlet True North, the Conservative leadership candidate was asked: “Is re-engaging PPC members with the conservative party, bringing people in who have in the past thrown in the towel on your party, is that a priority for you?”

“Well, I do welcome people from the People’s Party back into the Conservative Party,” Poilievre replied.

“The average PPC voters that I met on the doorstep during the last election were concerned about losing freedoms. And, it turned out that was a legitimate concern.”

Poilievre further pledged to “build a coalition around freedom,” including “the freedom to make your own bodily and health decisions.”

The People’s Party Of Canada was founded by former Conservative MP Maxime Bernier  shortly after he lost the 2018 Conservative leadership to Andrew Scheer following an incident where he denounced “extreme multiculturalism.”

Since then, Bernier has attracted hateful and conspiratorial elements on the fringes of the Canadian far-right.

During the pandemic, the People’s Party were involved in anti-lockdown protests and pandered to anti-vaccine activists — PPC supporters have organized protests at hospitals and assaulted Prime Minister Justin Trudeau with gravel at a campaign stop last fall.

In an interview with another right-wing media outlet this week, Poilieve pledged to “unite people for freedom and restore respect and kindness to to all of our citizens regardless of their vaccine status.”

“That should not divide us,” Poilievre told the Post Millennial.

Neither Poilievre nor the Conservative Party of Canada responded to requests for comment from PressProgress.