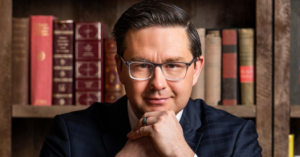 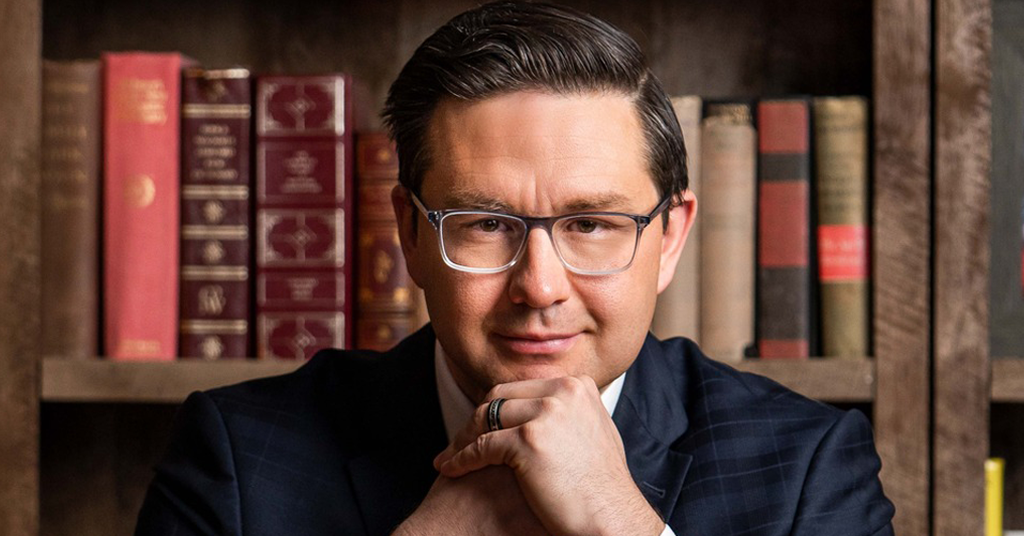 Conservative leadership candidate Pierre Poilievre appeared on a cryptocurrency podcast hosted by a Bitcoin trader who has promoted COVID-19 conspiracies and compared central banking policies to slavery and Nazi Germany.

Poilievre, who served as the party’s finance critic under Erin O’Toole and is now seeking to be his successor as party leader, appeared on the February 6 episode of the “What is Money?” podcast hosted by Bitcoin trader Robert Breedlove — a self-described “freedom maximalist.”

“Pierre, it’s been a long time coming – welcome to the show,” Breedlove says at the top of the episode.

“It’s great to be on the show,” responds Poilievre. “I’ve enjoyed your show.” 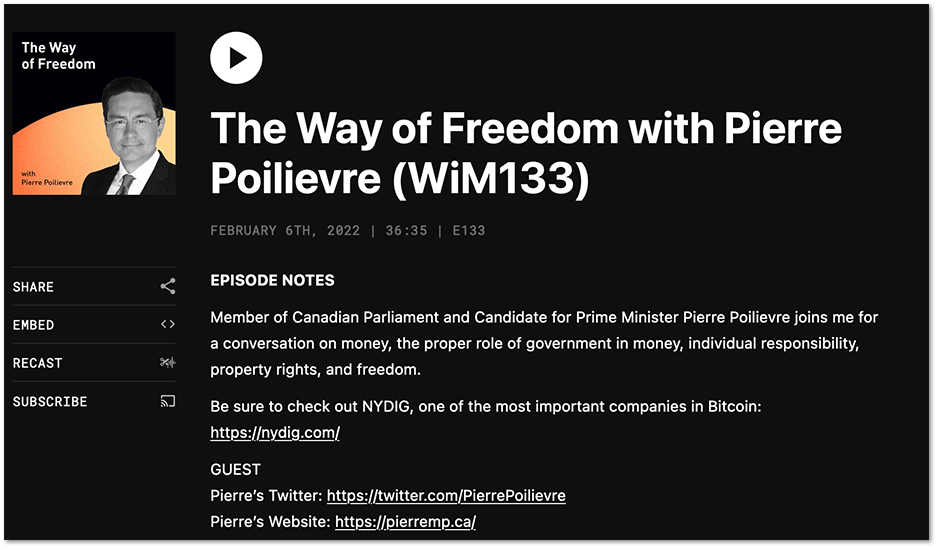 What is Money podcast

Poilievre has previously disclosed that he is a cryptocurrency investor and insisted that Bitcoin should work to undermine the Canadian government’s currency “monopoly.”

The Conservative leadership candidate told Breedlove that he and his wife occasionally watch his cryptocurrency YouTube channel “late into the night.”

“I find it extremely informative and my wife and I have been known to watch YouTube and your channel late into the night once we’ve got the kids to bed,” Poilievre said. “And, I’ve always enjoyed it and I’ve learned a lot about Bitcoin and other monetary issues from listening to you.”

Breedlove, the founder of the “event-driven hedge fund” Parallax Digital, has promoted a number of controversial ideas on topics ranging from COVID-19 and finance. On his LinkedIn, Breedlove states that his “mission in life is to maximize freedom for humanity” with “worldview-shattering revelations.”

One “worldview-shattering” revelation is Breedlove’s assertion that “COVID is a government diversion strategy” to “plunder wealth.”

He ran the numbers, COVID is a government diversion strategy https://t.co/QpVWgtlPQS

– Supression of the #COVID outbreak story in China (a police-state) gave this global pandemic its incubation period.

– Putin used this crisis to appoint himself lifelong dictator of Russia.

In another interview with Bitcoin enthusiast Jeffrey A. Tucker, Breedlove said the fight of “individuals” over who gets to “make and break the rules” around COVID-19 reminded him of an “old Rothschilds quote”:

“The old Rothschilds quote: ‘Give me the power to issue a nation’s currency, I care not who makes its laws.’ It’s all about the money at the end of the day.”

There is a long history of antisemitic conspiracy theories centred around the Rothschild family, dating back as far as the 19th century.

In a stranger turn, Breedlove claimed “Hitler would not be a household name if fiat currency never existed.”

Hitler would not be a household name if fiat currency never existed.

Hitler was born in the ashes of Weimar hyperinflation, and used fiat currency to fund the blitzkrieg.

Back in August 2021, Breedlove compared the efforts of World Economic Forum, which he claims “preys on individual self-ownership,” to the Holocaust.

The tweet contrasts the slogan from the gates of Auschwitz with a sustainable development slogan misleadingly attributed to the World Economic Forum. According to Reuters, several conspiracy groups have falsely claimed the WEF’s “Agenda 2030” goal is a society where: “You’ll own nothing and be happy.”

Today, World Economic Forum propaganda, “You’ll own nothing. And you’ll be happy.”

Central banking is an institution of slavery.

Breedlove expanded further on this idea in another tweet:

“Passover is a tradition rooted in the exodus from slavery by the Jews in Ancient Egypt,” he wrote. “History rhymes, and the world is now oppressed by the (less visible yet larger scale) tyranny of central bank fiat currency pyramid schemes.”

Passover is a tradition rooted in the exodus from slavery by the Jews in Ancient Egypt.

History rhymes, and the world is now oppressed by the (less visible yet larger scale) tyranny of central bank fiat currency pyramid schemes.

Despite Breedlove’s statements about slavery and the Holocaust, Poilievre found common cause with the cryptocurrency podcaster during the course of their 36-minute conversation.

“Doom always has as its solution more governmental control,” Poilievre added. “Over what people see and say and how they spend their money and so on and so forth.”

“I think people need to regain their self confidence and reassert the ancient liberties that have survived many crises.”

According to the Toronto Star, Breedlove isn’t the only Bitcoin guru Poilievre has broken bread with. Sources told the Star, he’s also turned to Bitcoin guru and convoy backer Greg Foss for investment advice “somewhat frequently.”

Neither Poilievre nor Breedlove responded to requests for comment from PressProgress.