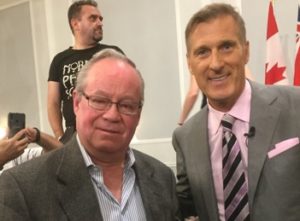 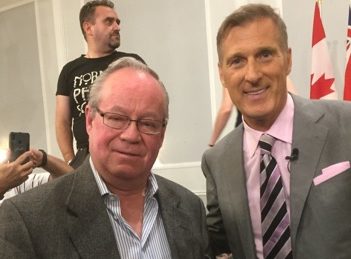 The party leader has seemingly become a bug light for extremists

Maxime Bernier, former Conservative Party of Canada leadership candidate and leader of the Peoples Party of Canada, has seemingly become a bug light for Canada’s far-right.

Last week, Bernier announced his immigration platform. It included, among other things, a promise to cut immigration and refugee numbers by as much as two thirds, after warning “extreme multiculturalism,” will lead to “social conflicts and potentially violence.”

Despite Bernier, in the same speech, reiterating neither he nor his party are racist, he was commended soon after by failed white nationalist Toronto mayoral candidate Faith Goldy.

Goldy proclaimed his announcement a “major white pill”, during a livestream with her “TradCats.” 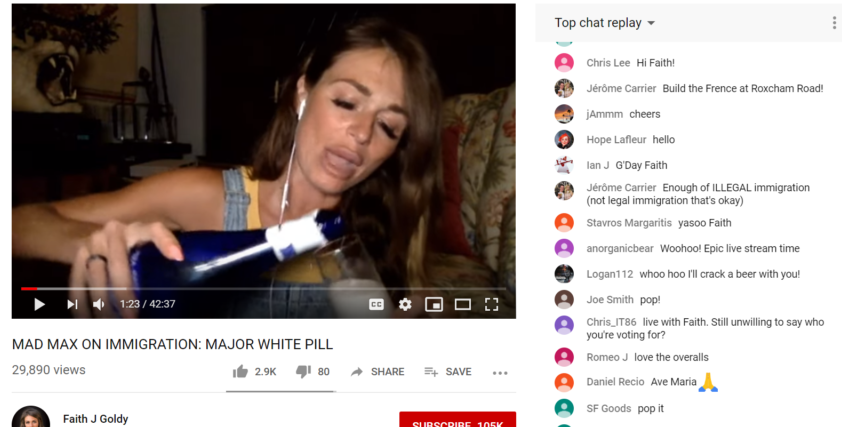 But Goldy isn’t the only one supportive of Bernier’s platform.

Here’s a short list of the creepiest characters who count themselves as his supporters: 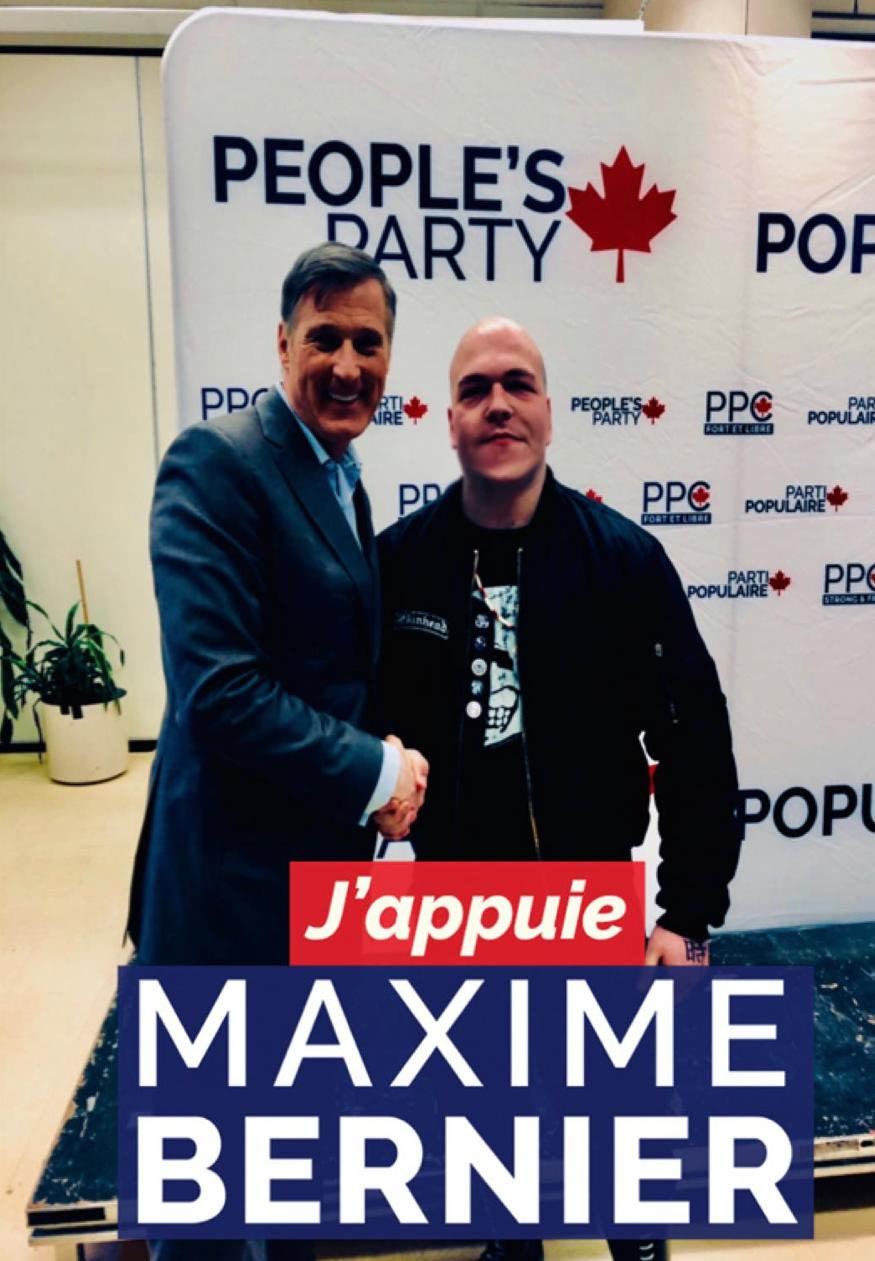 The Anti-defamation League notes the Totenkopf was most-notably used by the SS-Totenkopfverbände, tasked with guarding Hitler’s death camps.

Picazo noted another photo shows Brisson, who has since seemingly deleted his Facebook page, wearing the same shirt alongside Tom Samson⁠ — himself wearing the symbol of Blood And Honour ⁠— a neo-nazi group recently declared a terrorist organization by CSIS . 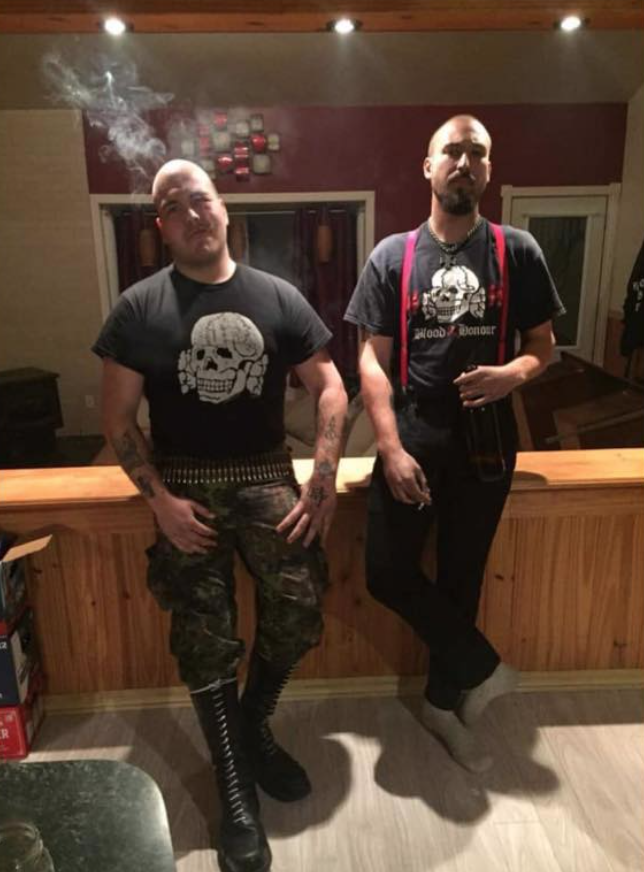 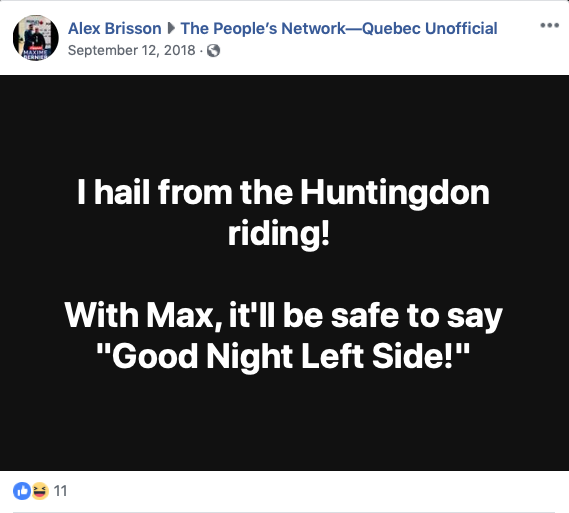 Elsewhere, Brisson declared himself part of the “right wing resistance” with an image that features a Wolfsangel, used by Waffen-SS units and their modern day enthusiasts. 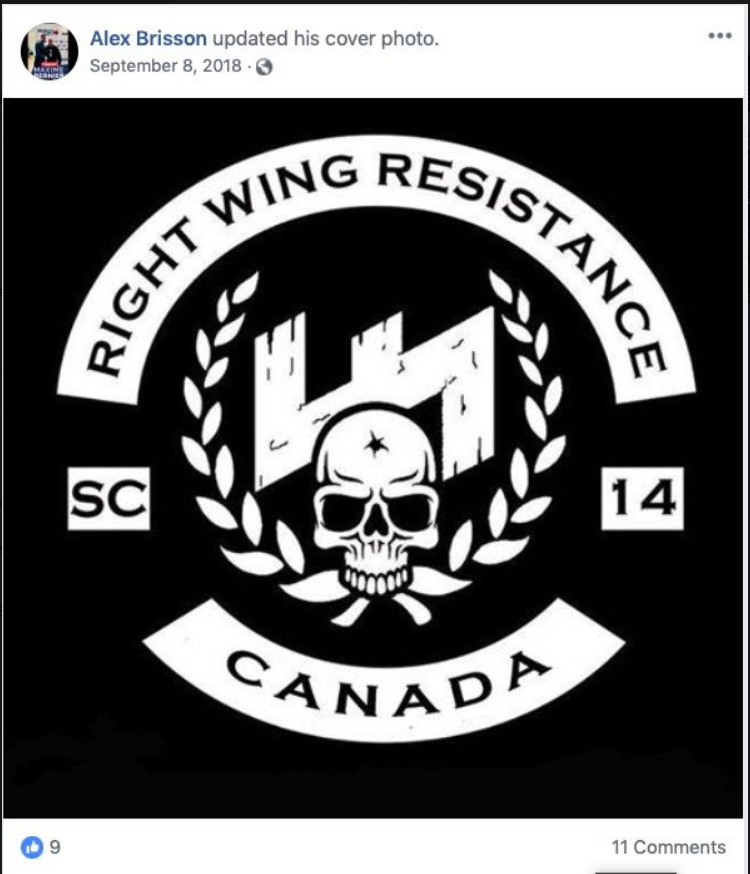 Paul Fromm was once described by the National Post as “one of Canada’s most notorious white supremacists” with extensive links to neo-nazi organizations.

He’s also a fan of the People’s Party of Canada, as seen in this photo from Fromm’s website. 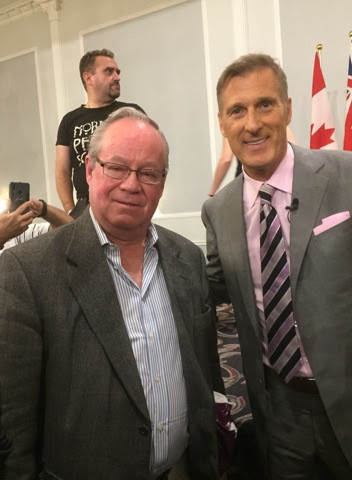 Fromm wrote, on behalf of his so-called Canada First Immigration Reform Committee, “The People’s Party of Canada immigration platform finally offers us a start at regaining control of our borders.” 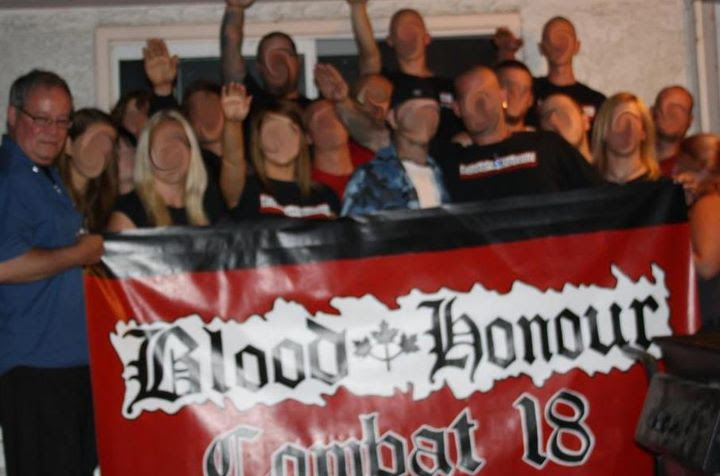 As does this photo, also uploaded by ARC, where Fromm appears to be wearing a “White Pride Worldwide” t-shirt: 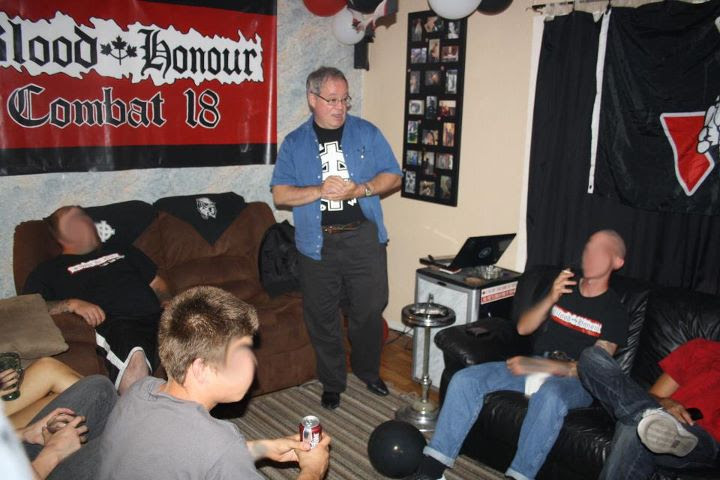 Fromm has also, recently, dabbled in making memes, posted on his Facebook page. Here’s an an example: 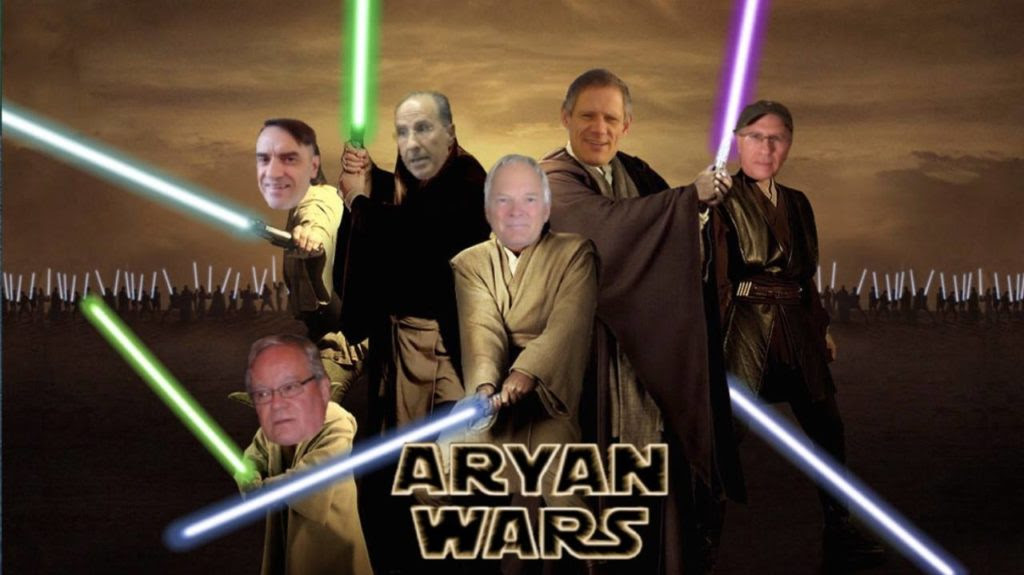 And, as PressProgress reported previously, Fromm has also recently been a guest on Free Bird Media’s youtube page.

The PPC’s executive director told the Huffington Post “Mr. Bernier had no idea who this individual was.”

As PressProgress was the first to report, during the Calgary Stampede, Bernier was seen in photos posing with members of the Northern Guard ⁠— a violent, anti-immigrant group that split from the Soldiers of Odin. 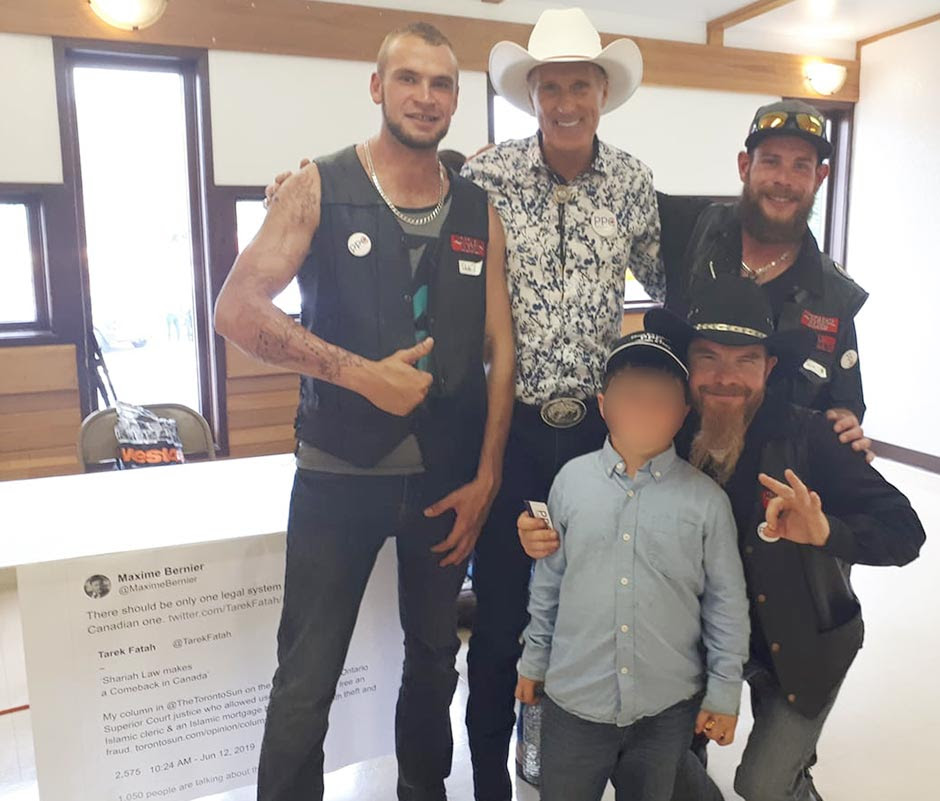 Bernier later denied knowing who the men were, despite all of them having the group’s logo on their vests.

That contradicts an interview given to Vice News, by the group’s spokesperson for Ontario and Quebec, where he admitted the group is looking to launch armed, minutemen-style patrols of border towns “to track down Haitians who want to enter Canada.”

“Our members are ready,” the group’s spokesperson said.

The Alberta member’s statement may also come as a surprise to the group’s former Saskatchewan VP — Darren Jones — seen in photos distributed by the Canada Anti-Hate Network and re-posted below: 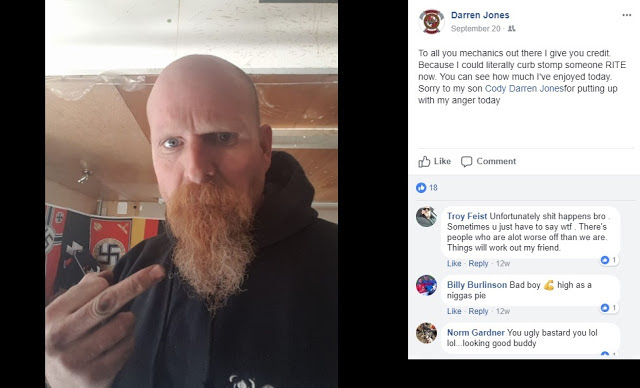