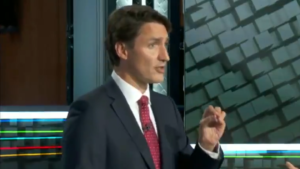 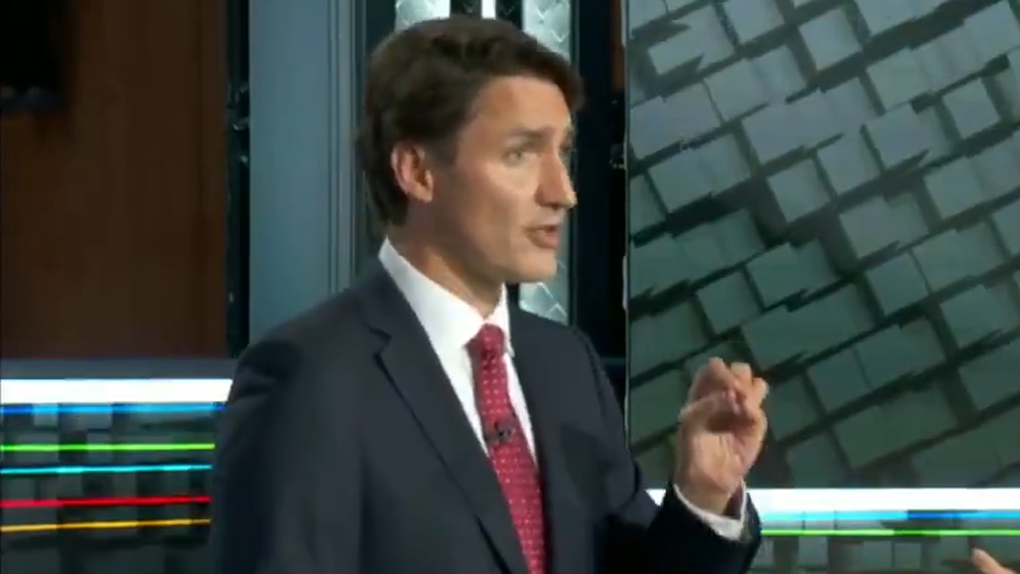 ’Stunning he would say such a thing when his claim is so easily disproven’, Indigenous children’s rights advocate Cindy Blackstock says

During Thursday night’s  leaders’ debate, NDP leader Jagmeet Singh took the prime minister to task for his failure to fully implement the National Inquiry into Missing and Murdered Indigenous Women and Girls’ calls for justice.

“You can’t take a knee one day if you’re going to take Indigenous kids to court the next,” Singh said.

Trudeau later wrapped up the section by accusing Singh of “harming reconciliation.”

In 2015, Canada’s Human Rights Tribunal found Canada’s funding for on-reserve Indigenous health and education services was about 38% lower than funding for non-Indigenous services.

Rather than equalize funding and compensate those who were harmed, Trudeau’s government has spent over $12 million challenging the ruling on providing compensation.

Last December, the federal government filed for a judicial review of a November 2020 ruling ordering it compensate Indigenous children harmed by discriminatory welfare services, even if they lack “Indian Act Status,” accusing the Human Rights Tribunal of “clear overreach.”

Cindy Blackstock, executive director of the First Nations Caring Society – which first launched the human rights complaint and a respondent in the government’s ongoing court battle to block the compensation order – said Trudeau’s statement stands at odds with what is on the public record.

“Stunning that he would say such a thing when his claim is so easily disproven,” Blackstock told PressProgress.

“I want to be fair to Mr. Trudeau, but frankly the record is clear,” Blackstock said.

“They litigated on cases directly impacting First Nations kids and families and the whole thing is set out in the Federal Court record and the hearings were webcast.”

Blackstock said the federal government brought two actions: First, “to quash all human rights compensation for First Nations kids and families victimized by Canada’s discriminatory provision of child welfare and Jordan’s Principle” and second, “to quash an order requiring the feds to provide Jordan’s Principle to all First Nations children off reserve who are recognized by their nations.”

The First Nations Caring Society maintains a detailed timeline of the Trudeau government’s court actions on their website, including copies of all court documents filed in relation to the case.

On the topic of Canada’s litigation on First Nations children, here are Canada’s applications to: 1) quash all compensation (give them nothing versus give them more) and 2) stopping access to Jordan’s Principle for First Nations kids off reserve. Canada brought these actions. pic.twitter.com/A2CsE86qcB

The Trudeau government’s March 2021 factum again restated: “The issue here is whether the children should receive compensation in a Tribunal proceeding that focused on systemic discrimination.”

The government further claimed the order to compensate Indigenous people harmed by discrimination “fails to respect the principles of causality and proportionality that were essential to a just result” and “denies their rights.”