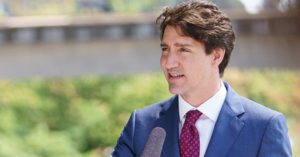 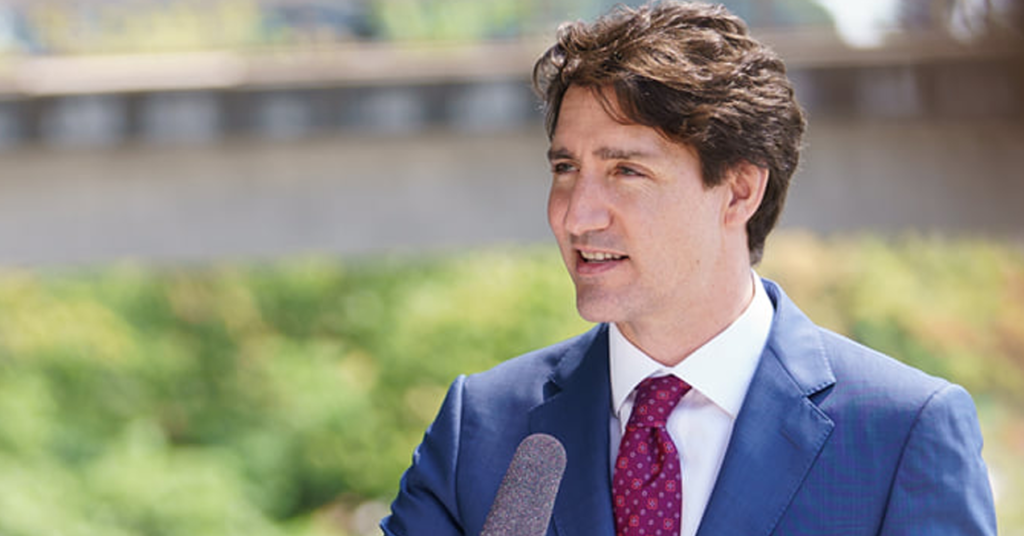 This article is more than 5 months old
Fact-Check

Liberal leader Justin Trudeau is blaming Stephen Harper for the slow progress on his government’s National Housing Strategy, claiming the former prime minister’s “Conservative government had decided decided the federal government had no role to play in housing.”

Unfortunately, there is one problem with that statement — it was a previous Liberal government that stopped providing direct housing.

Speaking in Hamilton, Ontario yesterday, the Liberal leader presented the party’s housing plan as an update to its “National Housing Strategy” to further build and repair affordable housing units.

Trudeau’s housing strategy was officially launched in 2017 with a partial mandate to help repair and expand Canada’s affordable housing stock, including derelict social housing with pressing and expensive repair costs.

But in 2019, The Parliamentary Budget Office noted that the NHS had produced few results and no marked increase in spending on affordable housing construction. Earlier this month, the PBO found the Strategy had spent just 49% of what it had allocated for construction and repairs with “limited” impact on affordability.

Asked by a reporter whether yesterday’s announcement suggested the Strategy has been a “failure,” Trudeau pointed his finger at Stephen Harper:

“On the contrary, over the past several years, hundreds of thousands of families have gotten new homes, have a safer place to live, have cut down on chronic homelessness because of the national housing strategy we launched in 2017. But let’s remember in 2015, 2017 as we launched the National Housing Strategy, we were starting from a standing start because for the previous ten years the Conservative government had decided the federal government had no role to play in housing. That is wrong and that’s why we stepped up and saw tremendous improvements in supporting people to get housing.”

Through the Harper years, from 2006-2015, the federal government maintained a policy of declining support for Assisted Housing programs in agreement with the provinces. The PBO determined that absent the housing strategy, federal funds would have declined 73% by 2027. 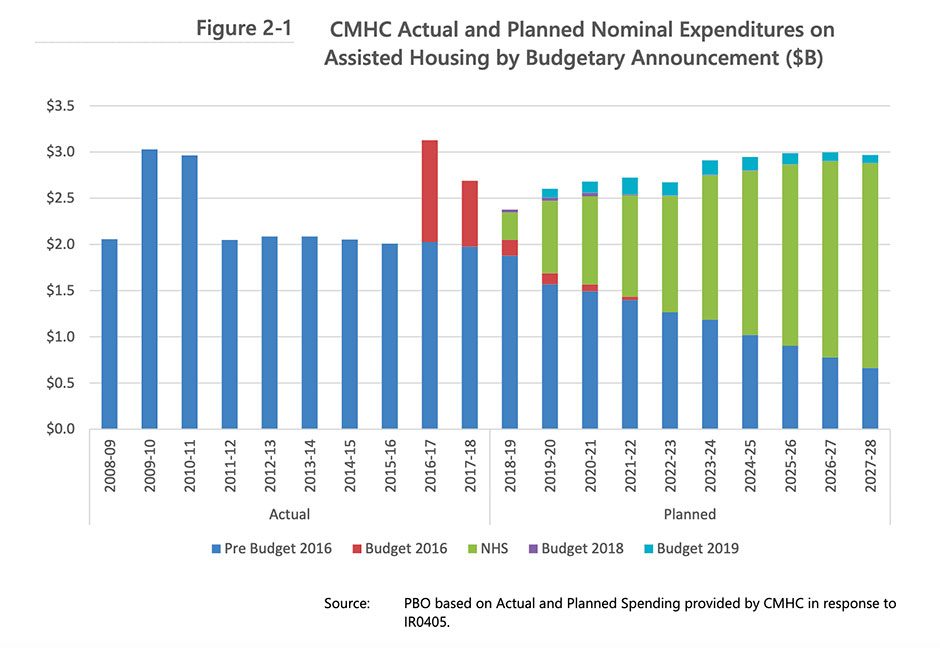 Office of the Parliamentary Budget Officer

However, that program of declining federal involvement in housing or “housing devolution” didn’t begin with Harper.

As University of Toronto Professor J. Davis Hulchanski notes, it began under Liberal Prime Minister Jean Chrétien. The 1996 Liberal budget “announced that it would transfer administration of federal social housing programs to provinces and territories, ending 50 years of direct federal involvement in the administration of social housing programs … The federal government, though maintaining its involvement in the homeownership sector and the housing market in general, would not provide any new money for meeting housing need.”

That 1996 budget itself noted the Liberals had offered “no funding for new social housing units since 1993.” Instead, the budget offered to arrange the above mentioned subsidy formula with the provinces.

The impact was quite sharp, as the Advocacy Centre For Tenants Ontario observed in 2014: “Between 1985 and 1989, the federal government helped fund 5,356 units of social housing per year. If Ottawa had continued to fund social housing at this rate, between 1994 and 2013, some 107,120 homes could have been built.”

Policy Options Magazine likewise noted: “Federal retrenchment and devolution in the 1990s created the challenges we face today, and federally led housing initiatives between 2002 and 2015 softened the impact without reversing it.”

The Liberal Party did not respond when asked if it would commit to reverse the 1996 cuts.