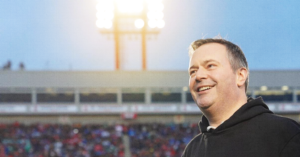 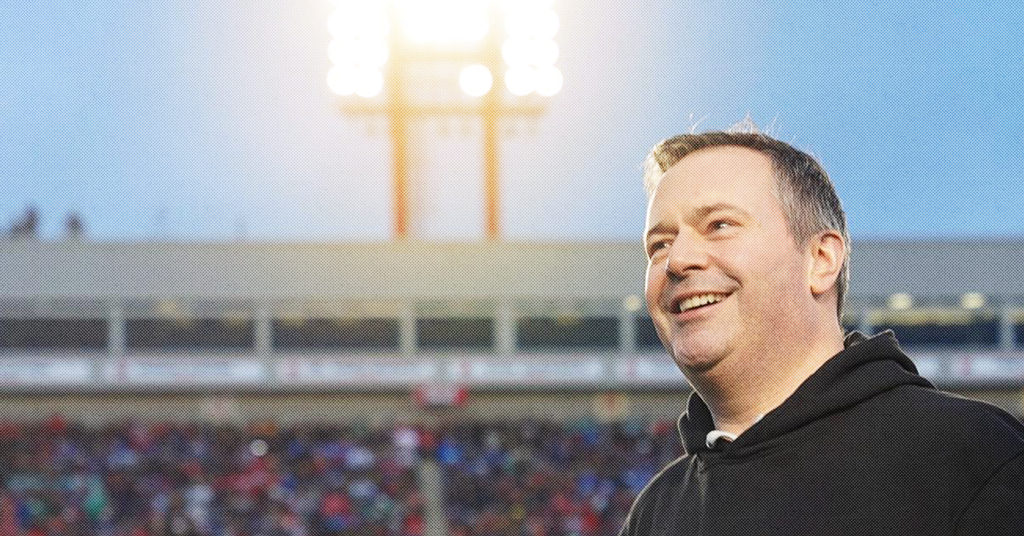 Maybe Jason Kenney isn’t the saviour he hyped himself up to be?

The Premier of Alberta is ending 2019 with his popularity falling, investors losing confidence in Alberta and questions emerging about the competence of Kenney’s government  following a string of fumbles and stumbles.

Here’s a round-up of the Kenney government’s five greatest fumbles in 2019:

One of Kenney’s first acts in government was to give handouts to some of the world’s biggest and most powerful corporations.

Critics warned his multi-year plan would cut $4.5 billion from Alberta’s revenues and lead to massive cuts to health, education and other public services, but Kenney claimed it would somehow boost revenues.

Kenney’s corporate tax giveaway redistributed nearly $4.3 billion to Alberta’s five biggest energy companies, some of whom later decided to lay off workers even after receiving Kenney’s handouts and despite posting profits.

To cover the loss from his corporate tax giveaways, Kenney cut $1.3 billion in health, education and other areas in its fall budget.

One economist says the cuts are so deep, that it could cause a made-in-Alberta “Kenney Recession” with thousands of layoffs expected by 2023.

Kenney said the province has to make “tough choices” and said cuts are needed because “we’re broke.”

The press secretary for Kenney’s advanced education minister must have missed that memo — after facing a backlash from students over the governments plans to raise tuition fees an astronomical 7% per year to cover the costs of Kenney’s corporate handouts, the UCP staffer claimed struggling students actually want to pay more for tuition:

You do know that students didn’t want the freeze, right? #ableg #abpse

First reported by PressProgress, Kenney was dogged throughout 2019 by revelations his 2017 UCP leadership team colluded with a fake UCP leadership candidate whose sole purpose was to boost Kenney and attack his main rival, Brian Jean.

The resulting investigation into an elaborate donation laundering scheme led to the Office of Alberta’s Election Commissioner issuing $207,000 in fines to those close to the campaign, with the possibility of jail time for some.

That’s why Kenney’s UCP government faced massive blowback after it rammed through the anti-democratic Bill 22 through the Legislature, effectively firing the man investigating Kenney’s own party.

The Globe and Mail’s editorial board called the move an “abuse of power” while political scientists described it as a “cover-up” and “corruption.”

In an official letter to the public, Election Commissioner Lorne Gibson warned that Kenney’s move to shut down his office not only had an impact on that investigation, but into the “real and perceived integrity of the election process” itself.

Meanwhile, Kenney’s hunt for foreign-backed environmentalists began in June with a $2.5 million inquiry tasked with finding evidence of foreign meddling to undermine Alberta.

So far, the inquiry has only produced a website — but it does includes a handy tool that allows Albertans to snitch on people they suspect may be foreign-funded.

Kenney’s long-awaited energy war room stumbled out of the gate in its first week.

The $30 million “energy war room,” later re-branded as “The Canadian Energy Centre,” has already earned headlines calling it a “$30 million propaganda machine” and an “expensive joke.”

The war room has been denounced by the Canadian Association of Journalists as fake news, people featured in its online content complain they were misled into participating and the organization, ostensibly created to fight misinformation, has already been forced to issue corrections after being challenged by academics.

Part of that $30 million per year budget went to pay a boutique marketing firm to design a logo — although the energy war room was forced to change its logo after it turned out the logo violated the trademark of a Boston-area software company.

Adding to the confusion, after the energy war room outed the marketing firm that designed their logo, the firm quickly shut down its website. It was also revealed that a photo of a family dog on the firm’s website was actually a stock photo.

The energy war room changed its logo, but that too was quickly discovered to be nearly identical to the logo of a California tech company.

Seriously @CDNEnergyCentre ?! Yet another tech company logo? Spin it 90 degrees and add some a stock maple leaf? Stop being so incredibly low effort with every part of your brand! #abpoli #ableg @TomOlsenXIX pic.twitter.com/zpdRxRq6Of