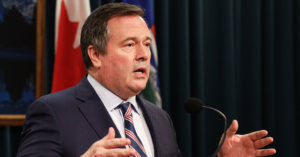 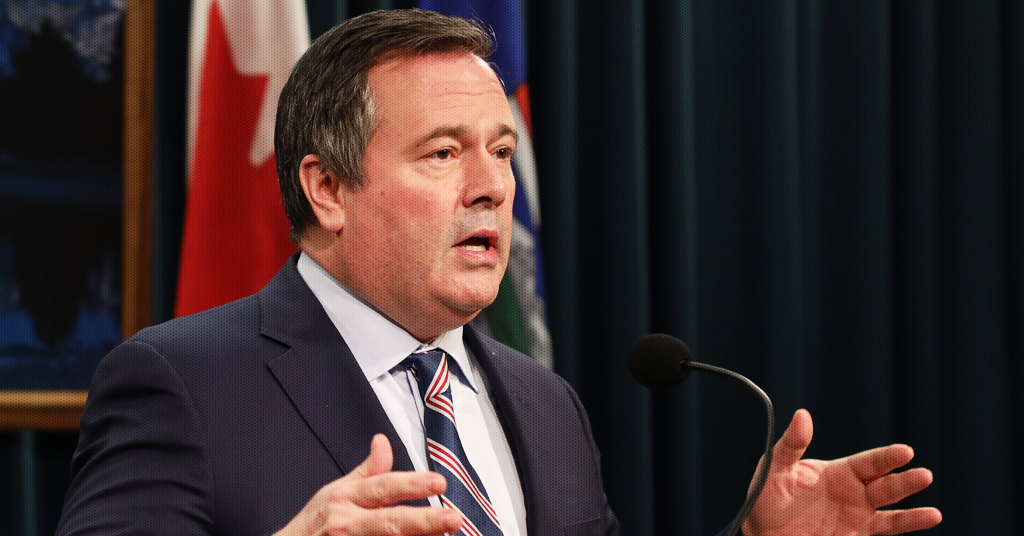 Speaking with reporters on Inauguration Day, only a few hours after Biden took his oath of office and began implementing his green energy agenda by rejoining the Paris Climate Agreement and cancelling the Keystone XL pipeline, Kenney called for retaliatory “economic sanctions” on the United States.

“…It is clear that the Government of Canada must impose meaningful trade and economic sanctions in response to defend our country’s vital economic interests.”

Construction already started: According to TC Energy (previously TransCanada), some 200 kilometres of pipe has already been laid since construction in Alberta started in July 2020.

Kenney bet $7.5 billion on Trump’s re-election: Critics charge Kenney started the project knowing full well it was likely to be cancelled, sinking $7.5 billion in taxpayers’ money into the project in March 2020, a month after Kenney publicly acknowledged US Democrats might cancel the project. Kenney steamed ahead with the project over the summer of 2020 even after then-Democratic nominee Biden had publicly pledged to cancel Keystone XL.

With the opposition labelling it as Kenney’s $7.5 billion “pipeline to nowhere,” opposition leader Rachel Notley raised questions about Kenney’s multibillion dollar deal with TC Energy, despite knowing the project would likely never be completed.

Albertans deserve to know the truth about the deal Jason Kenney made with TC Energy regarding the KXL Pipeline. This is taxpayers’ money that the Premier gambled with and lost. What is Alberta’s final bill for his risky investment?

“Crazy talk”: Kenney’s call for sanctions against the US was widely greeted with criticism and mockery from political commentators and policy experts across the political spectrum.

I didn’t have “Jason Kenney proposes threatening US trade sanctions” on any of my bingo cards.

I supported KXL and I believed that Ottawa should have been given an opportunity to discuss with Biden before he signed the EO. But launching a trade war over a partially completed pipeline is a really bad idea.

same for jason kenney demanding trade sanctions against america. the haters are gonna say that they’re using any pretext to distract from their mismanagement of the pandemic but i understand. like, after nearly a year of this, i’m going to dye my hair gray. it’s helping!

Kenney is facing extinction. He rolled the dice and he lost big time. https://t.co/4Ye7SHQNar

Some people credit @jkenney for being a formidable politician. He couldn’t possibly have read the room any worse than he did today. (Not to rub salt in the wound, Alberta, but between Premier’s staff and his War Room, we’re shelling out $33M/year for this circus.) #ableg #cdnpoli https://t.co/QtxZ5XiknW

‘Kenney said he was calling on Prime Minister Justin Trudeau to sit down with the new administration, suggesting that the federal government impose trade and economic sanctions should those efforts be refused.’ I’m sure the Biden administration is quivering. https://t.co/nLZ34EA87O

This is another gear of dumb https://t.co/tliX5lERnG

Help me out here…

How can Kenney call for a “respectful dialogue” with President Biden, while simultaneously braying for biting retaliatory economic sanctions? ?

So on the first day of the new administration, @jkenney is threatening sanctions against the United States. Smoooth. And what a strategist! We are truly blessed!

Still laughing at this idea. Obviously Kenney has to float it so it looks like he’s doing something and can blame Trudeau when he doesn’t take the bait. But it’s sad. Pathetic. Transparent. And useless.

My latest blog on Kenney’s crazy talk: Into a world of Biden euphoria comes Canadian talk of sanctions against the U.S. https://t.co/vEZm8mbU9R

War Room MIA: Jason Kenney’s energy “war room,” created as part of Kenney’s “fight back” strategy to defend the interests of Alberta’s oil industry, has so far remained silent on Biden’s decision to scrap Keystone. In fact, the $30 million operation has not tweeted since New Year’s Day.