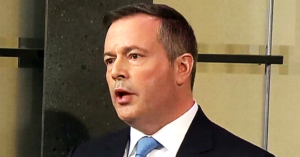 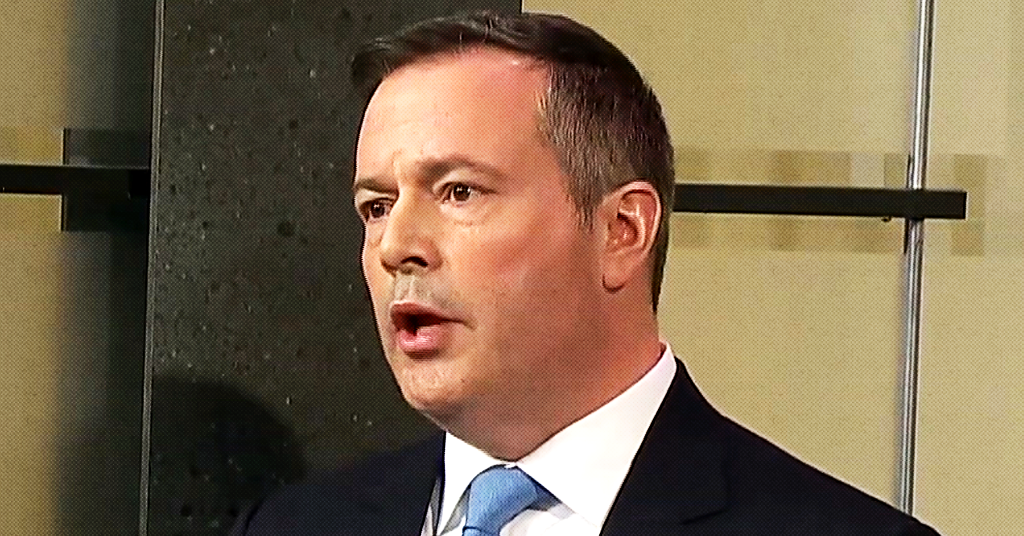 Some observers may have been looking for Jason Kenney to use his appearance in  Alberta’s 2019 leadership debate to strike a softer tone and distance himself from perceptions his party is overrun with far-right extremists.

Instead, the United Conservative Party leader confirmed those perceptions are true.

During an exchange on Gay-Straight Alliances, Kenney was pressed by NDP leader Rachel Notley to defend his proposed policy that would out students who join GSAs — Kenney’s controversial position on GSAs has sparked rallies across Calgary and Edmonton last weekend.

Kenney offered an anecdote about students being taken on a field trip to a GSA “conference” without their parents knowledge, claiming “parents should know if a kid’s being taken out of the school for a field trip.”

Not only was Kenney’s anecdote wildly misleading (rules on joining GSAs have nothing to do with field trips or otherwise leaving school grounds), but his anecdote was actually sourced from his friend John Carpay.

Notley: Kenney didn’t out Carpay from UCP when latter made comparison between gay pride flag and swastika. Is instead parroting Carpay’s evidence and arguments today. (True. He just did.)

Carpay is a hardline social conservative activist who made national headlines last year after he spoke at a rally organized by Rebel Media and compared the rainbow pride flag to the Nazi swastika.

Kenney has come under fire for refusing to remove Carpay from the UCP, leaving many to speculate the UCP leader is beholden to fringe right-wing extremists.

Carpay’s name was back in the news this week after Kenney said he’s still backing Mark Smith, Kenney’s former education critic, after a recording surfaced revealing the UCP candidate compared “homosexuality” to “pedophilia.”

John Carpay is still a member of the party.

Kenney’s claims that GSAs could allow children to be taken away in cars echoes flimsy evidence Carpay’s legal team trial ballooned in court in December. The JCCF’s lawyers pointed to an example of GSA students taken on a field trip to advance a misleading argument that unless students seek permission from their parents to join a GSA, parents will be powerless from stopping children from going on unauthorized field trips.

The Crown objected to the JCCF’s evidence, pointing out the argument is irrelevant since parents are already informed if students leave school grounds.

Despite the dubious  evidence, hardline social conservative groups who are allied with Kenney — like the anti-LGBTQ group Parent’s for Choice and socon blogs — keep circulating the misleading talking point to attack legislation protecting GSAs.

Fortunately, many observers in Alberta picked-up on Kenney’s nod to his hardline social conservative base.

Just so everyone knows, this story Kenney tells about a kid being taken out of a school is a JCCF John Carpay piece of anecdotal propaganda used in a court filing to STOP GSAs! Kenney is echoing John Fricken CARPAY who compared Pride Flags to Swastikas! UGH. #ableg #LGBTQ2

Kenney using one-off court testimony (fed straight from Carpay and the JCCF, in my opinion) to justify undermining the strength of our GSA legislation he just used as rhetoric. #abvote #abpoli #ableg