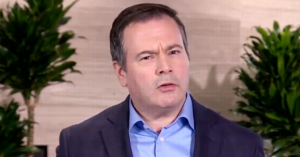 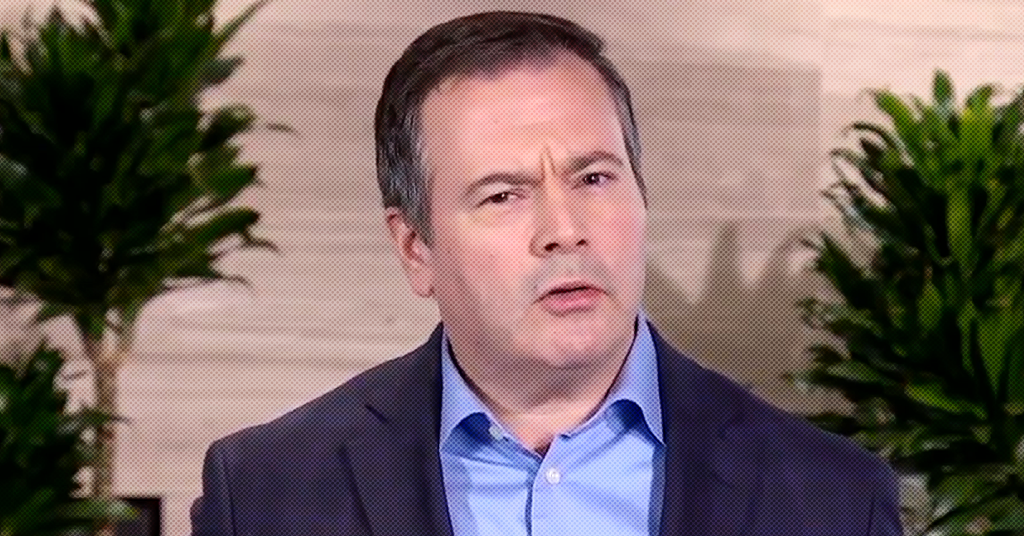 Jason Kenney is picking a fight with Canada’s top doctor just as a new poll ranks Alberta’s premier’s handling of the COVID-19 crisis last among all premiers.

In an interview with CBC News’ Power and Politics on Monday, Kenney said he is prepared to ignore Health Canada’s drug approval process and green light use of untested drugs and vaccines so long as they meet his own personal smell-test.

“We’re not going to wait for Health Canada to play catch-up with, for example, the European Union’s drug regulator or the Food and Drug Administration in the United States,” Kenney explained before launching into a bizarre personal attack on the professional competency of Dr. Theresa Tam, Canada’s Chief Public Health Officer.

Alberta Premier @jkenney has pointed words for Dr. Theresa Tam and @CPHO_Canada: “Of course I trust them as an agency in terms of their approvals but we’re not going to wait for Health Canada to play catch-up.” Full exchange with @VassyKapelos here. #cdnpoli pic.twitter.com/NAhrRN5YwG

Dog whistling to Kenney’s base: During the most emotional part of his interview, Kenney suggested Tam was ignoring science and simply “repeating talking points” from China’s Communist government:

“This the same Dr. Tam who was telling us that we shouldn’t close our borders to countries with high levels of infection, and who, in January, was repeating talking points out of the (People’s Republic of China) about no evidence of human-to-human transmission.”

While it is widely suspected China’s authoritarian government downplayed the extent of the outbreak, US President Donald Trump and his right-wing media allies have also made China the subject of wild conspiracy theories and xenophobic propaganda for their own self-serving purposes.

In fact, Kenney’s claim that public health officials are repeating communist talking points is itself repeating a talking point used by the Trump administration and its right-wing allies — a message that would be heard loud and clear by Kenney’s base.

“Those are pretty specific comments that you’ve made about Dr. Tam. Do you feel that she isn’t qualified to be doing her job? I mean, when you refer for example to the recommendation around human-to-human transmission, that is what the science was saying at the time. Were your public health officials telling you something different?”

“Of course, she’s qualified,” Kenney stammered, without answering if his officials had offered him a different opinion (Before its seriousness was widely understood, Kenney himself personally insisted the virus posed “no risk” to Albertans).

How they stack up:

• Jason Kenney quit university two years into an undergrad philosophy degree after threatening to bring a complaint against school officials to the Vatican.

Little confidence in Kenney’s leadership: Kenney’s attack on public health officials is all the stranger in light of a new poll by Research Co. and Glacier Media showing his leadership is registering “by far the lowest satisfaction in the country”:

“In Alberta, the numbers are bleak for Jason Kenney. A majority of residents (54%) think former premier Rachel Notley would do a better job handling COVID-19, while 29% prefer the current premier – a 25-point difference … Albertans are not particularly thrilled with Kenney, and not all of it is a side-effect of COVID-19. We found in late December 2019 that 56% Albertans thought things would be better with a different premier.”

The poll does not appear to be an outlier: Angus Reid found Kenney’s support had collapsed to a margin of only four points separating the UCP and NDP (40% to 36%) last month while an average of polls by 338.com shows the UCP is now trailing the NDP in both Calgary and Edmonton by significant margins.