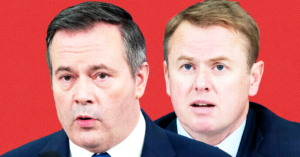 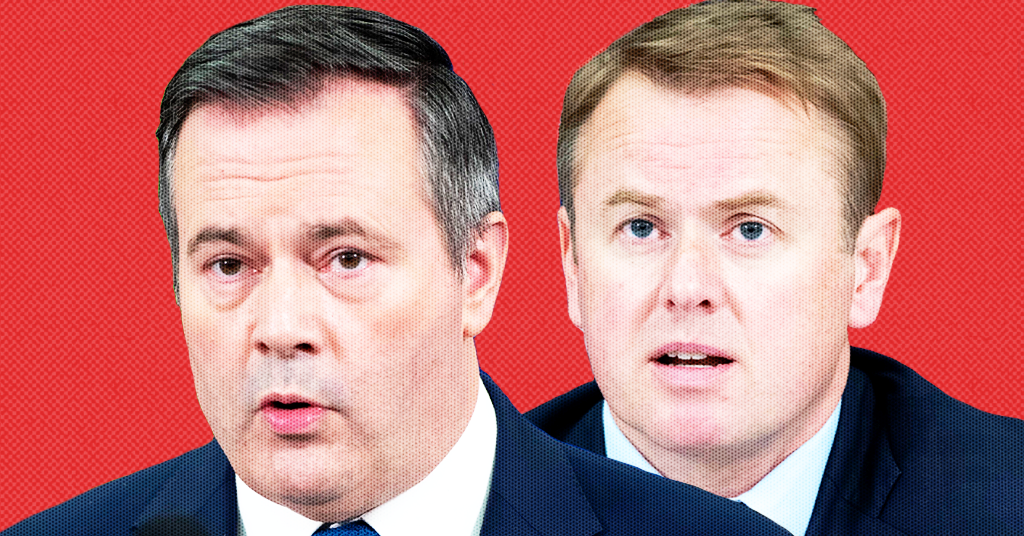 Public health experts describe “bloody and excruciating” battles with Kenney’s political operatives: According to CBC News, Dr. Hinshaw complained of a “battle” over COVID-19 testing that left her exhausted.

Hinshaw explained that the resistance she faced to expert health advice had forced her to change her focus to simply try to “limit the worst possible” outcomes “without wearing ourselves down.”

“Honestly, after the battle that we had about molecular testing, I don’t have a lot of fight left in me … I think we need to draw on our experience from the molecular testing battle that we ultimately lost, after a bloody and excruciating campaign, and think about, how do we limit the worst possible implications of this without wearing ourselves down?”

Shandro’s office tried to control information presented to Kenney: Another recording suggests Dr. Hinshaw got in “trouble” after she expressed concerns directly to Kenney about the value of large-scale asymptomatic testing.

According to the recording, Kenney asked Hinshaw to prepare a presentation, but a week later, the government did the opposite of what Hinshaw advised:

“I didn’t intend to have that conversation, so I may have gotten in trouble with the [health] minister’s office today about that,” Hinshaw said at that meeting.

The presentation, she said, would include “how expensive it is to test people when we don’t actually get a lot of value, to go forward with a testing strategy that we can stand behind. So we will see if the minister’s office will allow us to put that [presentation] forward,” Hinshaw said …

A week later, Hinshaw publicly announced the province had opened up asymptomatic testing to any Albertan who wanted it. At a news conference, she said that given the impending Stage 2 relaunch, it was an “opportune time” to expand testing.

Alberta Health lawyers, working with the EOC, were responsible for writing the Stage 2 relaunch order that would outline restrictions on businesses and the public.

Hinshaw said she needed to verify with Shandro’s office, but she thought “they don’t want us to enforce anything. [They] just want us to educate, and no enforcement.”

But the group’s chief legal advisor was adamant.

“Under no circumstance will AHS check with the political minister’s office before undertaking an enforcement action under the Public Health Act,” he said

Hinshaw said Shandro’s office wanted AHS to check with her first, so she could report back to his office.

One nugget worth noting about the CBC report on the bungling of AB’s pandemic response: AHS lawyers protested the usurpation of @CMOH_Alberta‘s powers and characterization of her role. They know, because unlike @shandro, they don’t need QCs to interpret the law correctly.

This is typical of responses we receive from @jkenney staff, this time @HarrisonFleming – juvenile insults, denigration of critics like @Lorian_H and the ideological marginalization of those who support a lockdown. #ableg #cdnpoli https://t.co/s5tOg9KtIr pic.twitter.com/Y7M1KNxXhX

Health minister cancels radio appearance: As a sign of how worried Kenney’s government is about the revelations, CBC Radio’s Calgary Eyeopener announced Shandro made a last-minute cancellation after the story broke Thursday morning.

FYI: if you’ve been waiting to hear it, AB Health Minister Tyler Shandro has cancelled his 8:10 interview with us this morning.