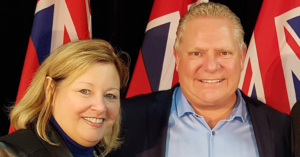 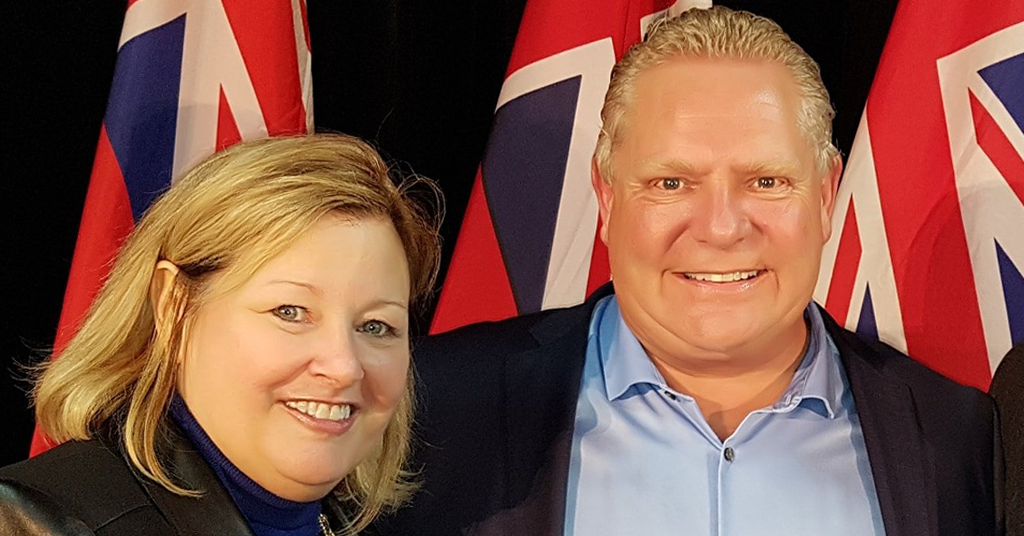 This article is more than 3 years old
Audio

Education Minister Lisa Thompson told reporters last week the Ford government would make good on a campaign promise to its hardline social conservative base by repealing Ontario’s sex-ed curriculum and replacing it with a curriculum from 1998.

“The sex-ed component is going to be reverted back to the manner in which it was prior to the changes that were introduced by the Liberal government,” Thompson said.

On Monday, Thompson caused confusion when it appeared she was buckling to a widespread backlash and signalled she may flip-flop on repealing sex-ed.

By the end of day, Thompson had flip-flopped on her flip-flop and doubled-down on her earlier commitment to restore the 1998 sex-ed curriculum.

After a day of confusion, Ontario’s education minister confirms students will be taught 1998 sex-ed (that’s the one that was being taught in 2014), says “this curriculum leaves ample space to discuss current social issues.” #onpoli pic.twitter.com/c4ys9J2Rn9

Thompson told a local newspaper in her riding earlier this month that her main beef with sex-ed is that it was developed without “real consultation with parents.”

However, Thompson said the exact opposite back when she was an opposition MPP.

“The Ministry of Education has done a lot of consulting around this,” Thompson told local radio station Country 104.9 FM in February 2015, defending the position taken by former Ontario PC education critic Garfield Dunlop.

“We need an update to the curriculum.”

Although Thompson ordered Ontario schools to revert back to teaching from an outdated, 20-year-old sex-ed curriculum last week, in 2015 she acknowledged that modernizing sex-ed is not an “ideological experiment,” as Ford and his extreme social conservative allies claim – it’s all about keeping students safe, she argued.

“There are new issues in our schools with regards to the type of texting that’s going on and bullying,” Thompson told radio listeners.

“With access to the Internet, the availability of personal devices, the world has changed,” she added.

“I truly believe that we need to adapt to the realities that we have in front of us, and that means tweaking the curriculum.”

The Ford government’s sex-ed repeal has been slammed by educators in both the province’s public and Catholic school boards who say the changes harm students.  The educators were among “thousands” of experts and stakeholder groups who were consulted and helped develop the the sex-ed curriculum axed by Ford.

The organization that oversees the sex-ed program in Ontario’s Catholic schools told PressProgress last week that Ford’s government did not consult with educators before announcing the repeal – leaving them unsure what to do in September.