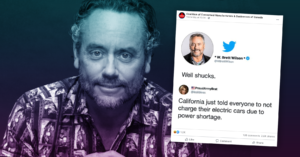 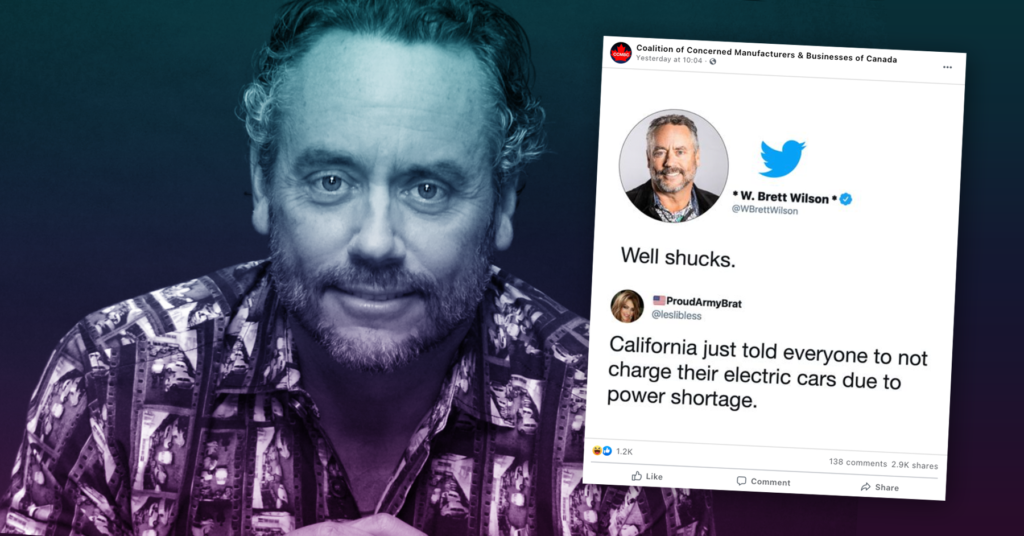 The Claim: Did California really tell residents that they’re not allowed to charge their electric cars anymore because the state is running out of energy?

According to a tweet from W. Brett Wilson — a Calgary-based celebrity millionaire, right-wing commentator and owner of abandoned oil wells — electric car owners in California were told to stop charging their cars because of a power shortage.

The original tweet comes from @leslibless, a Twitter account that also tweets about Donald Trump, reinstating Trump as President, the FBI’s refusal to investigate Trump’s claims of election fraud, her lack of interest in the Black Lives Matter Movement and the “value” of “clean blood.”

Rating: The claim that California is prohibiting people from charging their electric cars is misleading — while the state did suggest electric cars not be charged during peak hours to conserve electricity on a temporary basis due to a heat wave, charging after 10 PM is still allowed.

About the Source: W. Brett Wilson is an investment banker, former host of CBC’s Dragons’ Den and co-owner of the NHL’s Nashville Predators. He began his career working for Imperial Oil and has maintained close ties with the pro-oil lobby ever since, earning himself a spot in the Canadian Petroleum Hall of Fame.

Wilson’s company is the top out-of-province corporate donor from Alberta to Scott Moe’s Saskatchewan Party. He has also earned attention as an outspoken critic of the environmental movement, best known for tweeting about environmental activists being hung for treason.

I didn’t joke. I was serious about hanging foreign funded protestors – undermining our nation – for treason.

How it Spread: The original tweet from @leslibless picked up tens thousands of interactions in less than a day.

Wilson’s tweet spread the tweet to his nearly 200,000 followers and was shared by Conservative MP Shannon Stubbs. A graphic based on a screenshot of the tweet was later shared thousands of times on Facebook by right-wing pages including the Coalition of Concerned Manufacturers and Businesses of Canada (over 4,200 interactions) and Albertans Against the NDP (over 1,250 interactions). 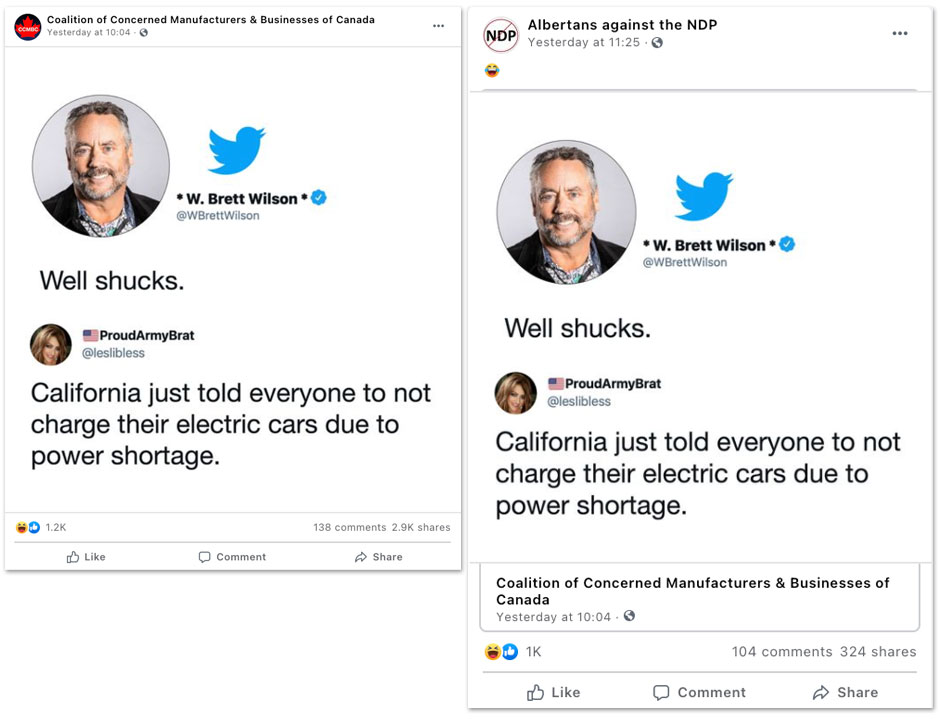 The Reality: The Southwest US is enduring a record-breaking heat wave that is leading to droughts and power shortages in many states.

The California Independent System Operator and Pacific Gas and Electric have released guidelines for responsible energy use during the heatwave that call for common-sense actions like using a fan instead of air conditioning and turning off unnecessary lights.

Among them is a request to reduce energy consumption during peak hours between 5 PM – 10 PM, including reducing use of air conditioners, keeping fridge doors closed and not charging electric vehicles until after 10 PM.

The power crisis in California is not merely a result of the transition to green energy. The state’s power grid is notoriously vulnerable to blackouts due to decades of mismanagement and neglect from Pacific Gas and Electric. The utilities giant has been embroiled in countless lawsuits dealing with allegations of fraud over the years and has been harangued by state regulators for pre-emptive blackouts during fire season.

Wilson went on an anti-renewable energy kick after sharing the original tweet, following it up with tweets complaining about the cost of recycling solar panels and memes mocking electric cars.

Rather than an indictment of electric cars, California’s power shortages and energy conservation measures are in many ways a product of an outdated power grid and decades of burning fossil fuels.