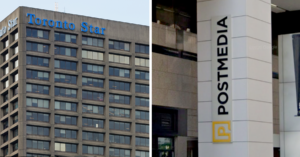 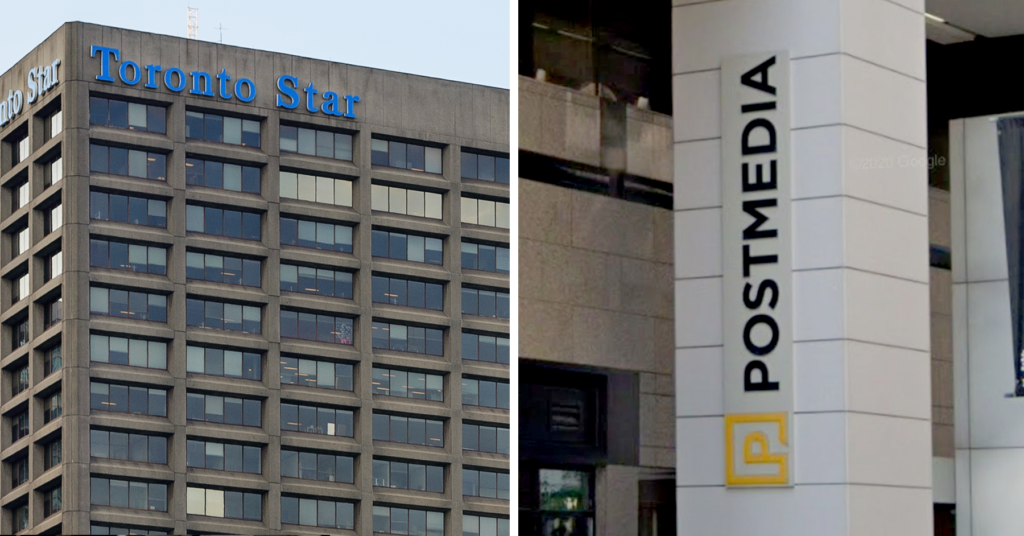 Canadian authorities closed a criminal conspiracy investigation into Canada’s two biggest newspaper chains despite evidence the companies had an agreement to shut down dozens of local newspapers and not compete on one another’s turf.

Court documents newly obtained by The Tyee show executives at Postmedia and TorStar traded emails that discussed shutting down dozens of local newspapers and firing hundreds of journalists as part of the agreement which sparked the criminal investigation by Canada’s Competition Bureau.

The documents were released following a two year battle by TorStar to have the files sealed away, even though documents gathered in investigations are typically made available to the public.

This damning. We have an illegal news cartel in Canada whose bosses lied to the public, and The Tyee just proved it. https://t.co/N5wKhdF403

Canadian authorities dropped criminal investigation: In January, the Competition Bureau announced it was closing a criminal conspiracy investigation into a 2017 deal between Postmedia and TorStar to swap 41 local newspapers — 36 were immediately shut down, eliminating hundreds of journalism jobs.

The corporate offices of Postmedia and TorStar were later raided by federal agents in connection to an investigation into “alleged anti-competitive conduct contrary to the conspiracy provisions of the Competition Act.”

Postmedia and TorStar both denied violating the law. On January 7, the federal agency released a statement that “following a review of the available evidence, the Bureau concluded that no further action was warranted.”

What the Competition Bureau’s lawyers actually found: According to The Tyee, one of the Bureau’s own lawyers stated in an affidavit that investigators obtained a “non-compete agreement” between Postmedia and TorStar stipulating they would not operate local newspapers in towns and cities controlled by the other company.

“Competition Bureau lawyer Pierre-Yves Guay wrote in an affidavit accompanying the court files that the final non-compete agreement — not released to the public — included promises not to operate news publications targeted at particular audiences or distribute flyers in specific geographic areas.”

Experts question Competition Bureau’s decision to drop case: One lawyer who specializes in competition law said authorities should have brought the case to court — “you also lose every case you are too afraid to prosecute.”

One competition expert lawyer, who’s practiced in Brussels, New York and Washington, says other jurisdictions would’ve investigated and taken such a case to court.https://t.co/XmSow95erO

Court documents show executives planning to fire journalists: Emails released by the court show TorStar executives discussing plans to kill hundreds of unionized jobs  — “Now, the plan is that all employees, including sales staff, will be terminated,” wrote Dana Robbins, an executive with TorStar’s Metroland division.

“No decision has been made on who will terminate whose staff. Metroland’s hope is that each company will terminate their own employees, but Post has not agreed to that yet.” 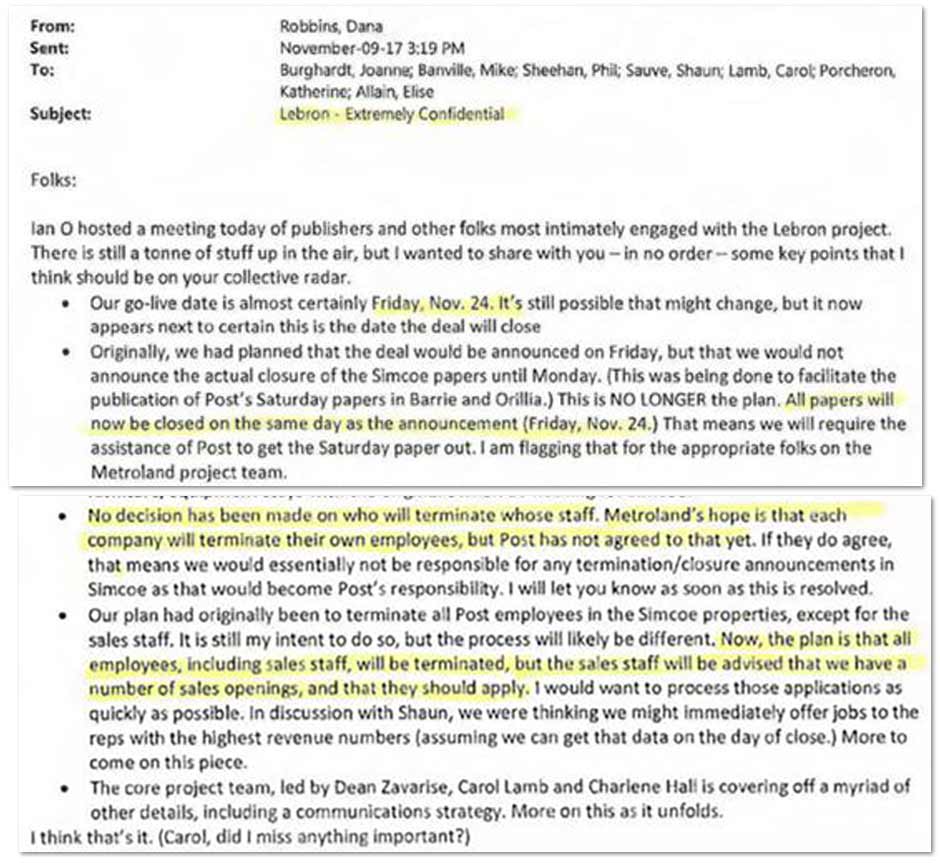 Postmedia and TorStar blame “monopolistic practices” of tech companies for struggling local newspapers: Postmedia and TorStar are both aggressively lobbying the federal government for a multimillion corporate media bailout deal to compensate them for Internet users sharing their links online.

News Media Canada, a newspaper industry lobby group funded by Postmedia and TorStar, recently coordinated a campaign that saw both papers publish blank front pages as part of a campaign protesting the “monopoly power” of Facebook and Google, which the group blames for the disappearance of “local newspapers.”

The Toronto Star has left their front page blank today in protest to the monopoly power of Big Tech (Google and Facebook) in the news space. Free markets are essential to a healthy democracy. pic.twitter.com/PiWbfa55Kr