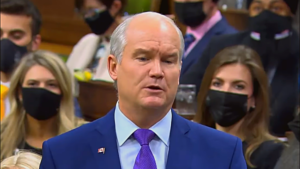 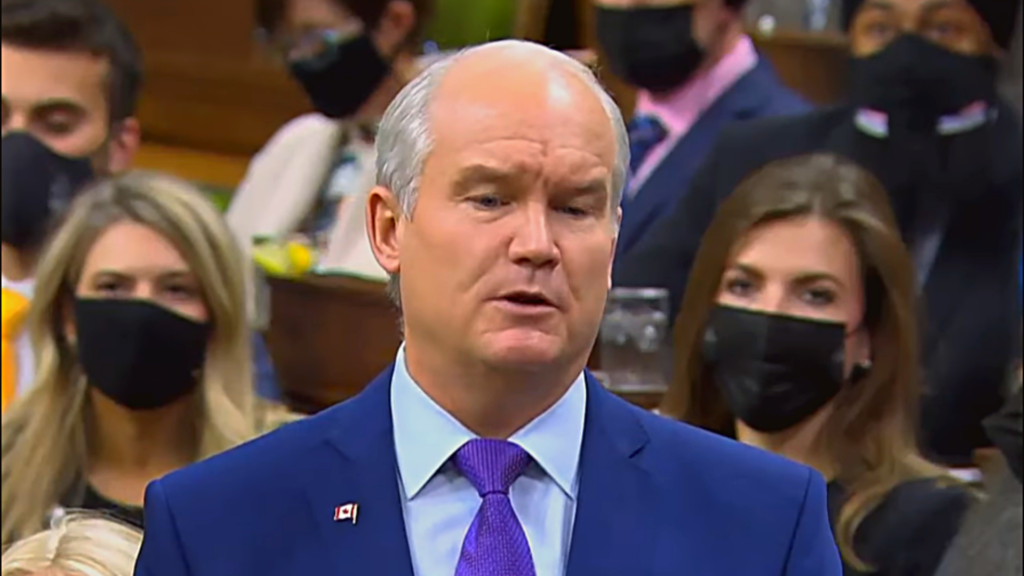 Here’s a round up of some of the highlights detailed, throughout the year, by PressProgress.

The federal government’s Conversion therapy ban, makes it a criminal offence to coerce an individual into programs which promise to change a person’s sexual orientation or gender identity.

While that sounds uncontroversial, some in the Conservative party opposed the legislation.

NEW: Conservative MPs produced video highlighting benefits of professional counselling to ‘challenge’ gay ‘sexual behaviour’.@GarnettGenuis did not address questions about whether any public money or resources were used to produce the video.https://t.co/NWtOq5BY8h #cdnpoli pic.twitter.com/oL17c20QFV

Former Conservative MP Tamara Jansen, a senior member of ARPA who previously promoted six-day creationism , also made headlines after quoting the Bible in the House of Commons. Jansen further suggested some conversion therapy would be defensible, if it helped an individual curb their “lesbian activity.”

Meanwhile, Conservative MP Stephanie Kusie faced criticism from a “gay friend” after she voted against the conversion therapy ban. Kusie was not impressed.

“I don’t recall hearing from you when I won” Kusie wrote “It’s disappointing to hear from you now.”

The ‘Liberties Caucus’ And Lockdown ‘Tyranny’

Viersen didn’t stop there. He also questioned whether the COVID-19 pandemic is actually a pandemic.

“COVID is a real thing,” Viersen said, before claiming that “in Alberta we don’t even have a definition of ‘pandemic’.

Back in August, nearly 1.5 million Canadians had been infected by COVID-19, as the official death toll currently stood at 26,683.

“The media, especially, has bombarded Canadians for the last 13-14 months with COVID-19,”Falk told an obscure right-wing podcast called Conservative Roundup.

“They have this gory image of a virus with these tentacles and they make it seem really scary,” Falk added. “24/7 they keep pounding that message out to Canadians: ‘Be scared of that little red ball with all the spikes, it’s gonna kill you’.”

“There’s a lot of people that have put a lot of hope in vaccines,” the Conservative MP said. “I’m not an anti-vaxxer, but I’m not completely sold on this vaccination.”

Falk did not respond to requests for comment from PressProgress.

Horsing Around With Ivermectin

But, in the United States, right-wing conspiracy theorists falsely claimed a strand of the anti-parasitic medication, Ivermectin, used as a horse-dewormer, could treat COVID-19 better than vaccines.

Allison’s office did not respond to questions from PressProgress regarding his personal views on ivermectin.

In January, Ontario MPP Roman Baber tweeted that “lockdowns are deadlier than Covid” and wrote an open letter to Premier Ford claiming that “the fear of Covid is exaggerated.”  He was booted from the Progressive Conservative caucus soon after. Premier Doug Ford called his open letter “irresponsible.”

But, leading up to the September 2021 federal election, at least two Conservative candidates were caught knocking on doors with Baber.

Melissa Lantsman says she’s “delighted” to have the support of Roman Baber, who was kicked out of Doug Ford’s caucus after condemning COVID-19 lockdownshttps://t.co/pTXw9uKG2K #cdnpoli

SPLA AGM host Francis Nowak added it would be a “very powerful first step” in stopping abortion and other issues.

Anti-abortion groups quietly installed activists into top positions inside the Conservative Party of Canada over the weekend.

After the party’s March 2021 convention, PressProgress found nearly 40% of its National Council — empowered to control the party’s budget, create bylaws and set the rules for nomination races and candidate selection — were endorsed by anti-abortion groups.

In January, MP Derek Sloan was ousted from the Conservative caucus after PressProgress confirmed he accepted a donation from one of Canada’s most notorious neo-Nazis.

Paul Fromm, who self-identifies as a “white nationalist,” confirmed to PressProgress that he purchased a Conservative Party of Canada membership and cast a vote for Derek Sloan during the 2020 Conservative leadership election.

NEW: Conservative Party of Canada is “reviewing” the membership of a prominent neo-Nazi who voted for Derek Sloan.

“As far as I know, I’m still paid up and in good standing,” Fromm told PressProgress.

“I voted for Sloan,” the neo-Nazi said. “He was against cancel culture. He was also very strong on the danger posed by Red China.”

“Racism is a disease of the soul,” O’Toole said in a statement. “Derek Sloan’s acceptance of a donation from a well-known white supremacist is far worse than a gross error of judgement or failure of due diligence.”