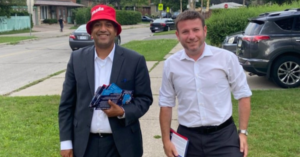 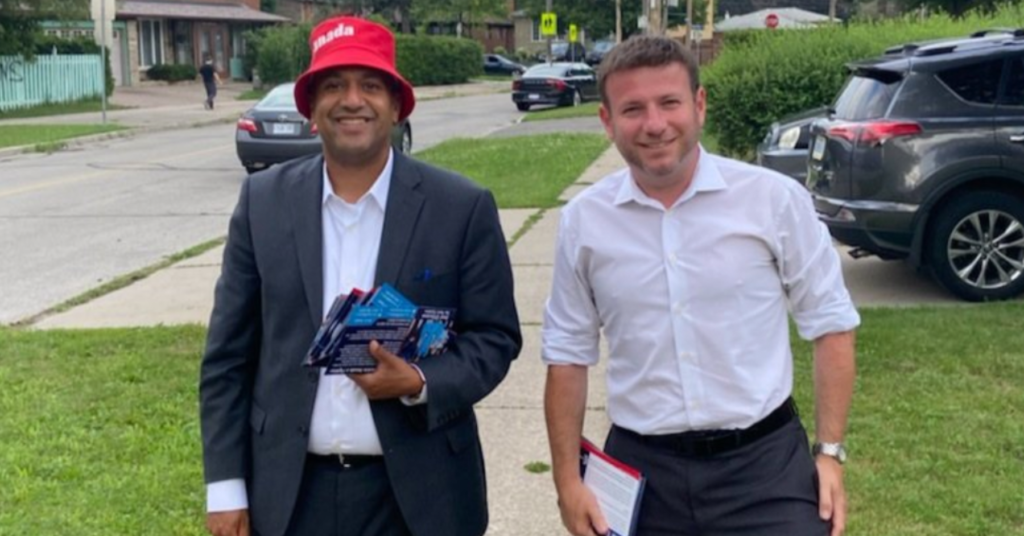 Another Conservative candidate has been spotted doorknocking with a controversial anti-lockdown politician who was kicked out of Ontario Premier Doug Ford’s caucus after claiming “lockdowns are deadlier than COVID-19.”

York Centre Conservative candidate Joel Etienne told PressProgress that if he is elected, he’s “willing to work” with politicians like former Ontario PC MPP Roman Baber “regardless of our ideological and party differences.”

Baber, who was condemned by Ford for making “irresponsible” statements about COVID-19, posted a photo of himself and the federal Conservative candidate doorknocking in York Centre last week.

“Another Justin Trudeau government will put Canada at an existential risk,” Baber tweeted.

Another @JustinTrudeau government will put Canada at an existential risk. Great reception at #YorkCentre doors for Joel Etienne @jobouK.

Etienne posted a photo from the same “Wednesday night canvass” earlier in the week.

In January, Baber wrote an open letter to Doug Ford claiming that “the fear of Covid is exaggerated” and declaring: “The medicine is killing the patient.”

After booting Baber from caucus, Ford stated that “by spreading misinformation, (Baber) is undermining the tireless efforts of our frontline health care workers at this critical time, and he is putting people at risk.”

Lockdowns are deadlier than Covid. I wrote a respectful letter to Premier Ford, asking to end the Lockdown. Look @ the data -the virus is real but the crisis is mostly in LTC. Let’s focus on LTC & hospital capacity, but ending the Lockdown is best for our health.#onpoli #cdnpoli pic.twitter.com/IIuvB7OXQo

The Conservative candidate said Baber’s controversial statements about COVID-19 were not a problem for him because he believes in working across party lines.

“I’m running federally in York Centre having won the Conservative nomination in this riding,” Etienne told PressProgress. “Therefore, I’ve made it a point to meet and get to know all of the elected officials of York Centre.”

“If and when elected, I’ll be willing to work with all elected officials to achieve results regardless of ideological and party differences, in the common cause of improving everyone’s lives,” Etienne added.

Etienne, who is a lawyer, won the nomination for the party in late April after a failed byelection bid last year. Etienne has volunteered on several Conservative campaigns according to his official bio and retains close links with provincial Progressive Conservatives — including Baber. 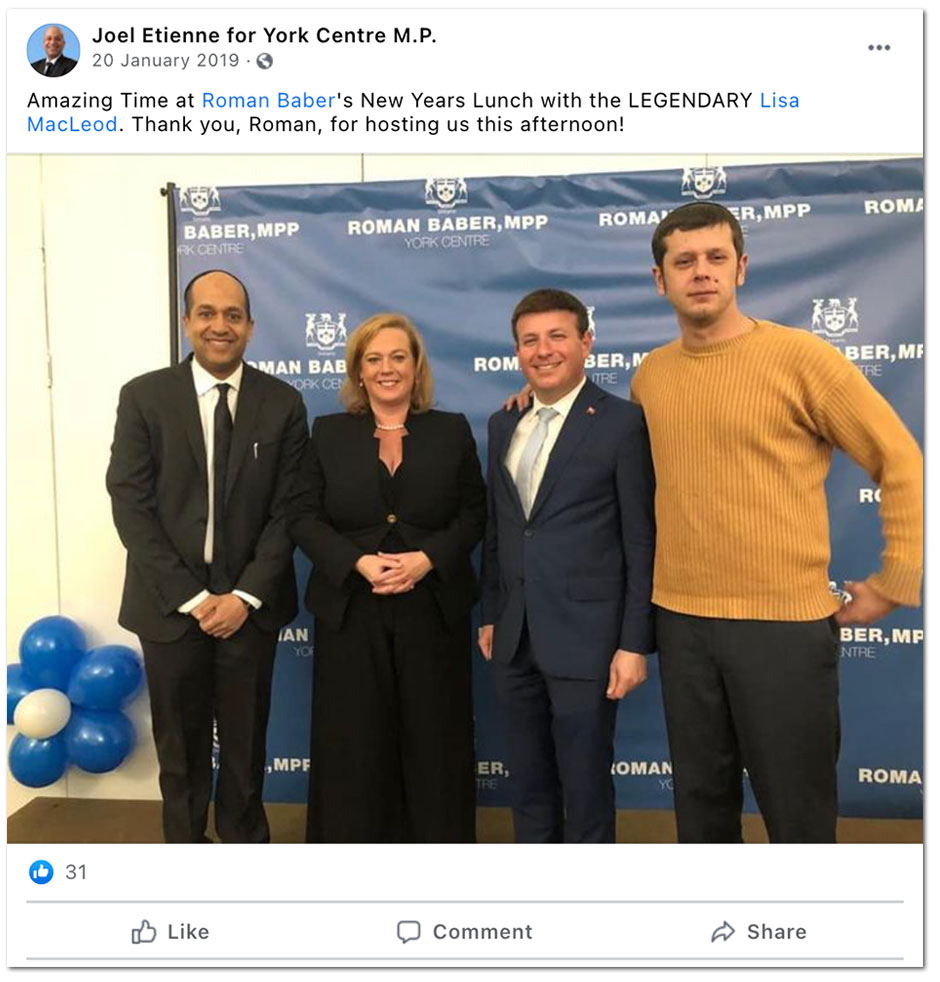 Melissa Lantsman says she’s “delighted” to have the support of Roman Baber, who was kicked out of Doug Ford’s caucus after condemning COVID-19 lockdownshttps://t.co/pTXw9uKG2K #cdnpoli

Asked about this, Lantsman told PressProgress she was “delighted that (Baber) took time from his busy schedule as an MPP to help us out.”

Baber did not respond to multiple requests for comment from PressProgress.