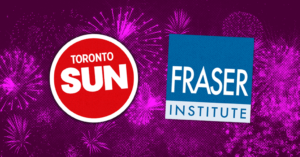 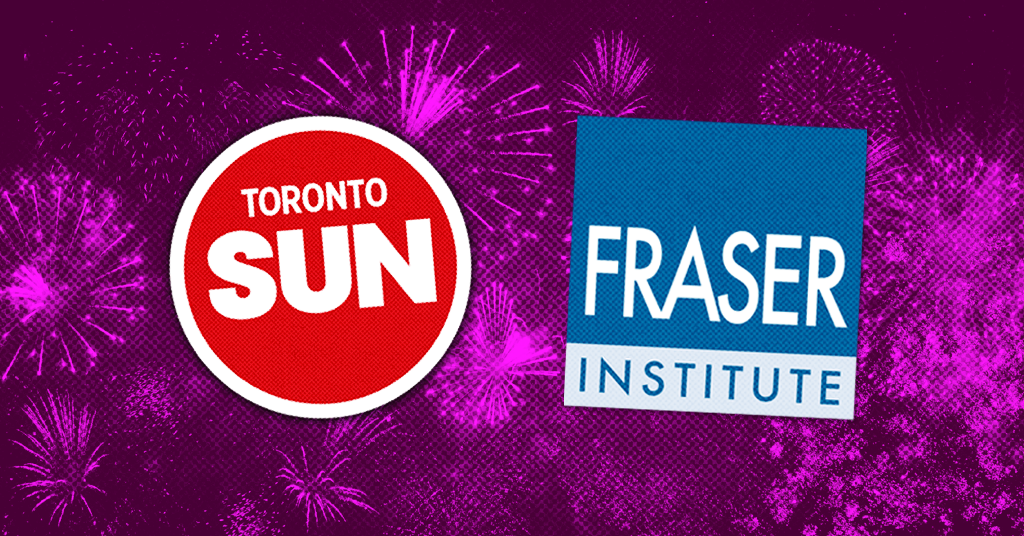 It’s that time of year again — when Canada’s big corporate media outlets give the Fraser Institute uncritical coverage of its annual anti-tax report, even though it makes exaggerated claims about how much Canadians pay in taxes.

Using the Fraser Institute’s mysterious “tax simulator,” the right-wing think tank puts out a press release each year celebrating “the day that the average Canadian family has paid enough in taxes to pay their total tax bill for the year to all levels of government.”

• The Fraser Institute always pads its numbers by including all kinds of taxes onto the tax bill of the “average family” that shouldn’t belong there, including corporate taxes and oil and gas royalties.

• The Fraser Institute doesn’t calculate the benefits of what those taxes pay for — like hospitals, schools and basic infrastructure, like roads or running water.

This year, believe it or not, the Fraser Institute is actually claiming an average family in Canada earned $115,753.

That number is at odds with other estimates. According to the CMHC, the average household’s pretax income is closer to $93,300. Statistics Canada data, meanwhile, put the median market income of economic families at $83,000 in 2018.

Last year, Alan Freeman from University of Ottawa’s Graduate School of Public and International Affairs also took the Fraser Institute to task for its fuzzy math:

“By taking an average, it pays no attention to the progressive nature of our tax system, which taxes high-income families more than middle or low-income ones.”

The study’s methodology once again says it includes taxes paid for by businesses, like Employment Insurance, CPP contributions and corporate income tax. It also imagines that the average Canadian family is paying nearly two thousand dollars a pop on taxes for liquor, tobacco and gambling.

This year’s study also says it factors in “a host of other levies” that are not explained.

By padding its numbers, the Fraser Institute calculates the average Canadian family is paying 37.7% of its income on taxes;

According to a 2017 report by economists Richard Shillington and Robin Shaban debunking Tax Freedom Day, when you roll back Fraser Institute’s extra add-ons, most middle-income Canadian families typically pay an effective federal-provincial income tax rate that’s generally between “10% to 19%.” 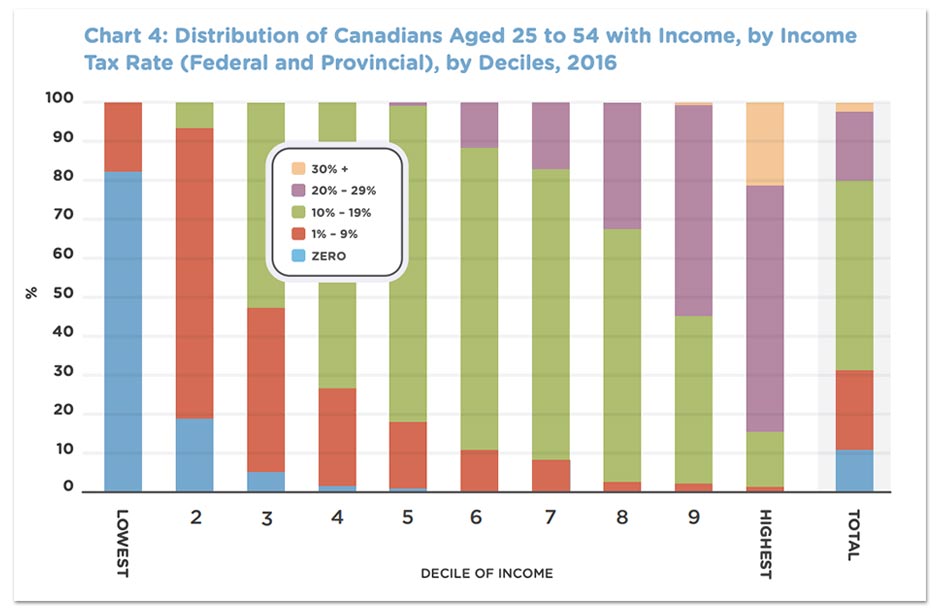 Distribution of Canadians Aged 25 to 54 with Income, by Income
Tax Rate (Federal and Provincial), by Deciles, 2016 (Richard Shillington and Robin Shaban, Broadbent Institute)

One thing that is different in this year’s Tax Freedom Day report is that Tax Freedom Day came “20 days earlier than last year,” mainly due to lower sales tax revenue as a result of the coronavirus pandemic.

The Toronto Sun suggests that’s “no reason to celebrate” because it’s “just another sign of the economic damage brought by the COVID-19 pandemic.”

But Toby Sanger, Executive Director of Canadians for Tax Fairness, says the public health emergency should underline the value of taxes considering the things they pay for are keeping people safe and secure when it matters most.

“Given the challenges of the pandemic and the need for public support, I think a lot of Canadians really appreciate what their governments are providing and what their tax dollars pay for,” Sanger told PressProgress.

Sanger said we “also want to make sure that everybody pays their fair share, especially the wealthy and larger corporations that have got off with paying considerably less in recent years.”

For instance, he noted, Corporate Tax Freedom Day came on January 7, 2020 — the day when Corporate Canada has paid off its total tax burden and begins generating profits for itself.