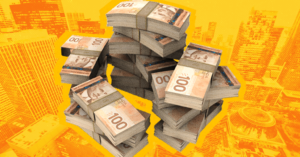 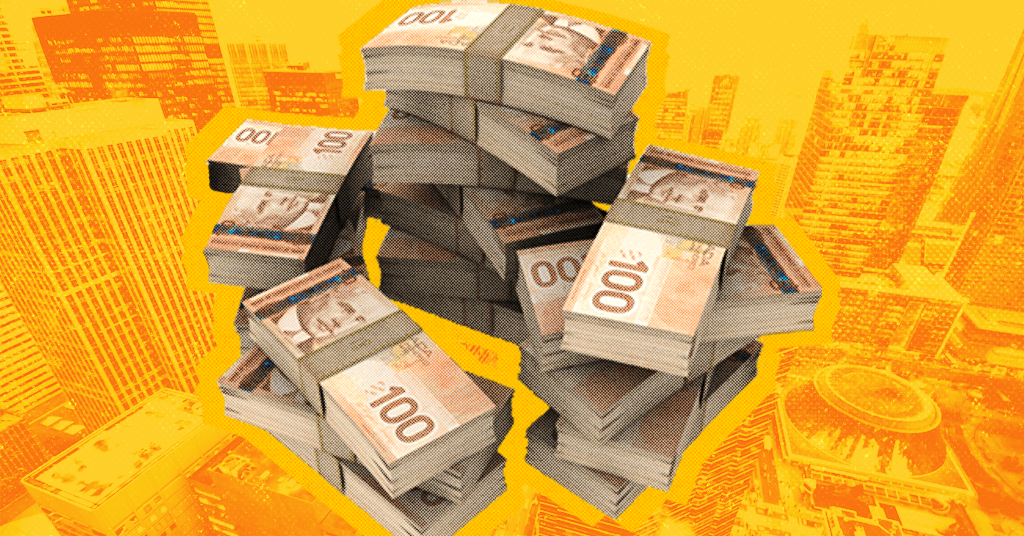 Canada’s effective corporate tax rate has been cut in half over the last two decades. Where did all that money go?

Corporate Canada is done paying taxes for the year.

Thanks to two decades of corporate tax giveaways, Canadian corporations paid off their collective tax bill at 9 am this morning — and the data suggests they won’t be putting their after-tax savings to productive use.

Corporate Tax Freedom Day, calculated by the progressive tax watch dog group Canadians for Tax Fairness, is the day when Canadian corporations have paid all their federal and provincial corporate income taxes based on their revenues.

The study notes Canada’s “effective corporate income tax rate” — the amount of tax actually paid as a share of taxable income — declined to 18.8% in 2018, the latest year for which data is available.

“Average operating profits of Canadian corporations as a share of revenues reached 10% in 2018 for the first time since at least 1988,” Canadians for Tax Fairness says.

Canadian corporations only paid $75 billion in provincial and federal corporate taxes despite posting nearly half a trillion in profits. 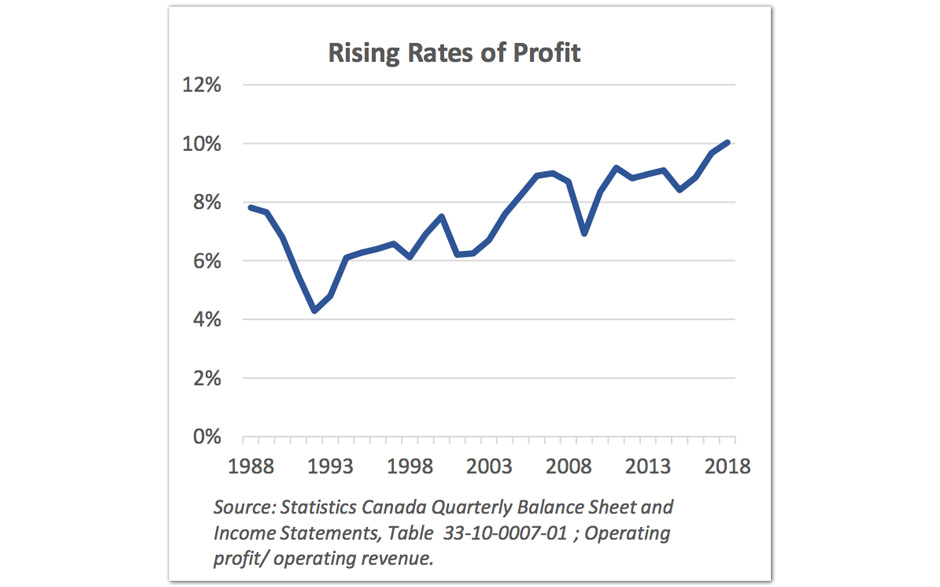 That’s not only “well-below” the combined average federal and provincial statutory rate (26%), it’s also less than half the effective corporate income tax rate was 20 years ago (closer to 40%).

“Advocates for lower corporate taxes have claimed tax cuts are essential to retain and attract business investment” and “stimulate economic growth,” the report points out.

But that’s not what’s happening — while Canada’s effective corporate tax rate fell over these two decades, corporate Canada’s business investments in machinery and equipment also fell as a share of GDP. 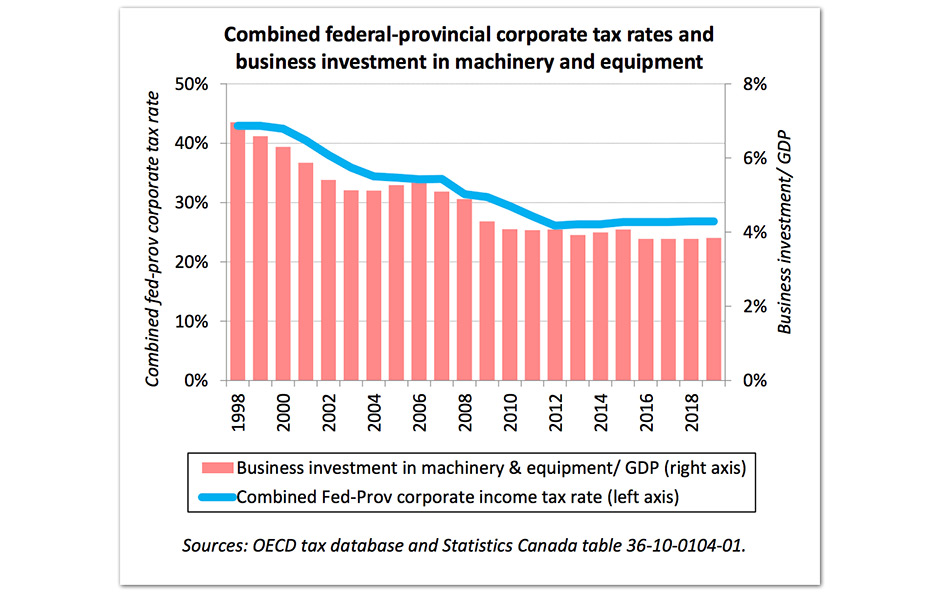 So where did the money go? The amount of cash (currency and deposits) held by Canadian non-financial private corporations more than quadrupled during that same period — most recently amounting to $532 billion.

$532 billion is about 23% of Canada’s annual economic output and three-quarters of the federal government’s debt. 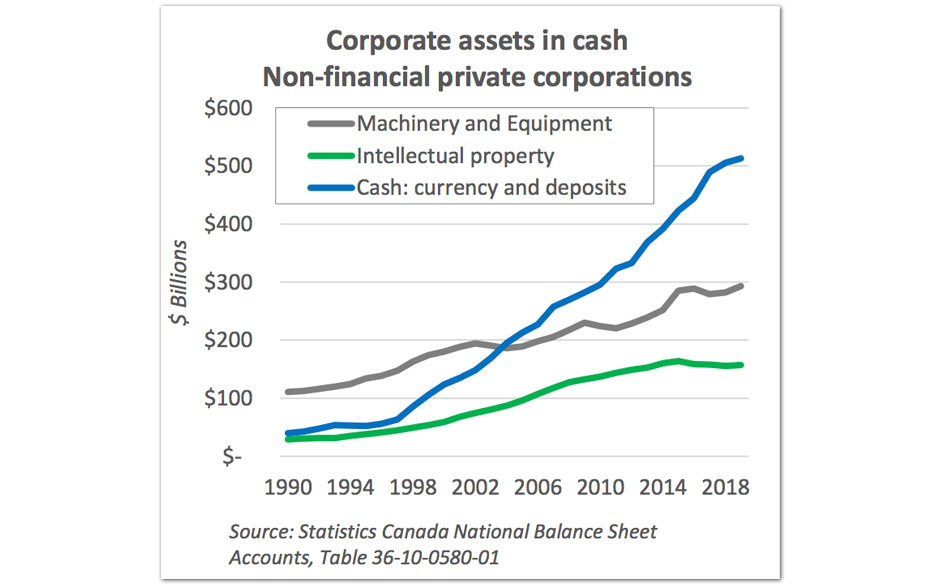 In fact, 23 top companies paid more in compensation to their top executives in 2018 than they paid in corporate taxes.

Despite calls from big business and right-wing think tanks for lower corporate taxes, MacDonald says the report shows giving corporations “no-strings attached money” does not lead to a “re-investment boom.”

The Fraser Institute did not respond to a request for comment from PressProgress.