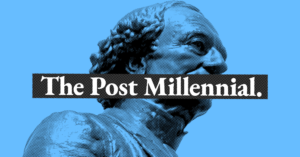 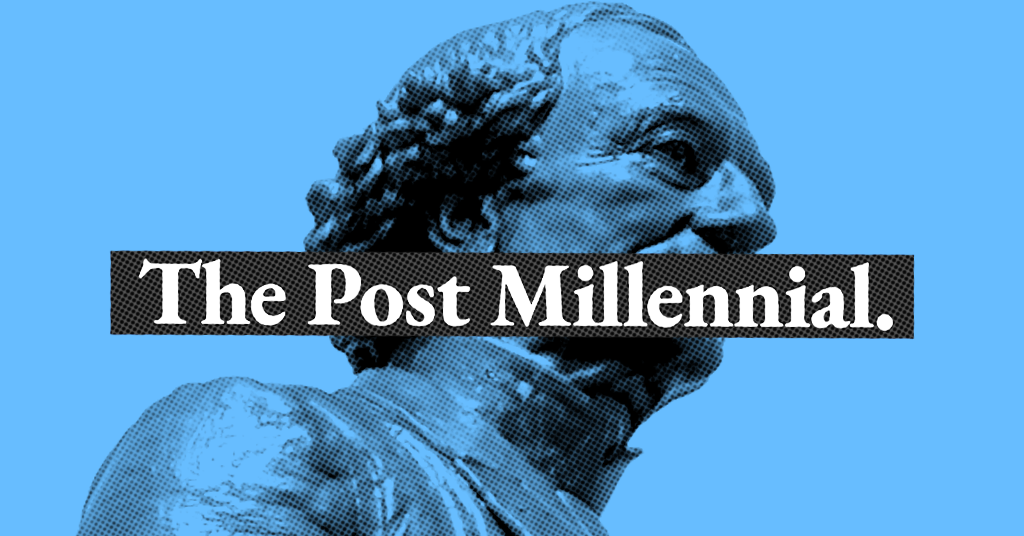 No, the Speaker of Ontario's Legislature did not warn the public that a statue of John A. Macdonald might ‘trigger’ their emotions

Macdonald, who is widely criticized for his racist, colonial policies and white supremacist views that were extreme even for his time period, was the subject of a number of recent protests, including one that saw his statue doused  in pink paint.

But in an article published earlier this month, the Post Millennial misleadingly claimed a “trigger warning” had been placed at the foot of Macdonald’s statue:

“The John A. Macdonald statue at Queen’s Park in Toronto, which was wrapped up and hidden this summer during a wave of monument destruction in an effort to decolonize Canada, remains covered, though it now as a ‘trigger warning’ plaque.”

“The John A. Macdonald statue at Queen’s Park in Toronto has been covered since it was vandalized this past summer. Now, while still covered, it has a ‘Trigger Warning’. Are you sick of this?” 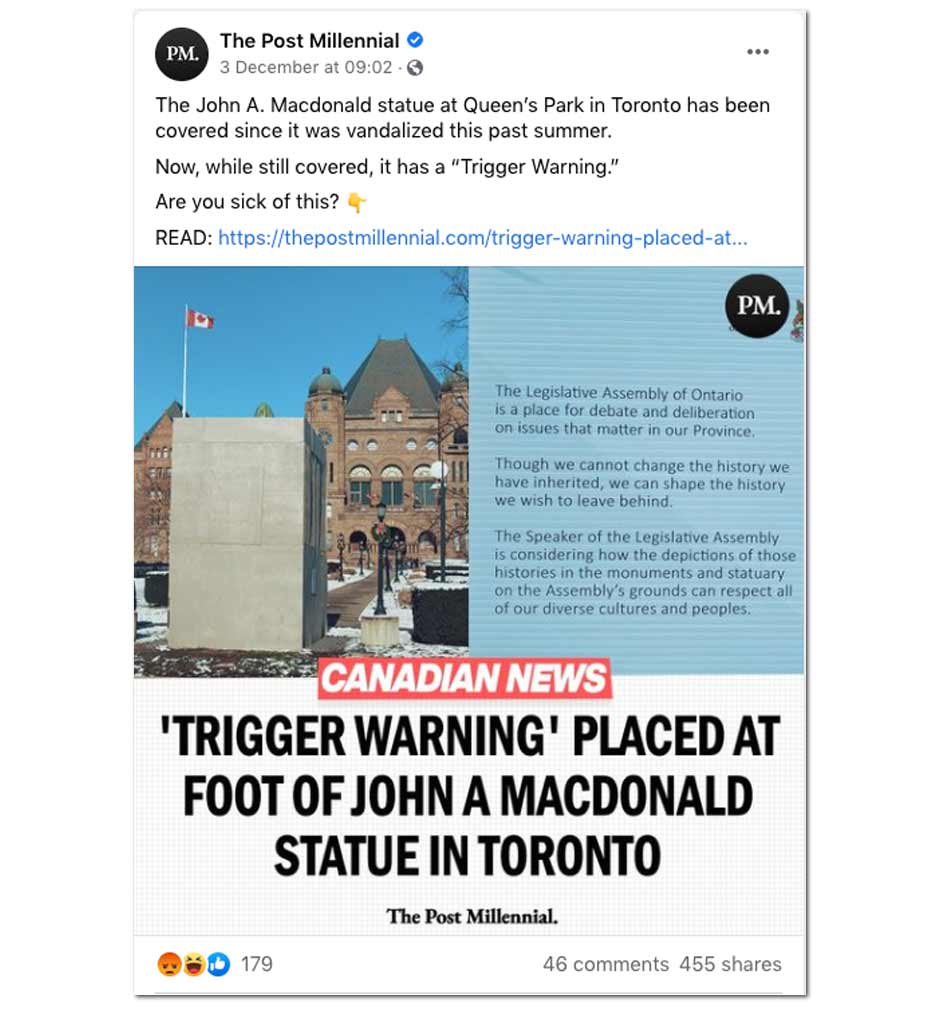 Rating: Post Millennial’s claim that the Ontario Legislature added a “trigger warning” to the statue is misleading — although the public officials confirm a sign was added to the statue, the Post Millennial has mischaracterized the sign, its purpose and its contents.

About the source: The Post Millennial is a right-wing website co-owned by Canada Proud’s Jeff Ballingall and Matthew Azrieli, the grandson of a billionaire Montreal developer. Until earlier this year, a company that lists Matthew’s mother as its only director was named as one of The Post Millennial’s shareholders.

The Post Millennial has lately turned its attention to a larger American audience by focusing on far-right culture war content. One of Post Millennial’s editors-at-large is Andy Ngo, an American commentator who gained notoriety over his coverage of a far-right Proud Boys rally in Portland, Oregon.

More recently, the website was found to have published an article written by a fake journalist using a false identity with a computer-generated profile image.

How it spread: The Post Millennial article itself picked up 1,400 interactions across social media platforms.

Although the article’s accompanying graphic garnered less than 1,000 interactions via the Post Millenial Facebook page, it picked up an additional 1,800 interactions after it was shared by Canada Proud.

The reality: Ontario’s Legislative Assembly did add a sign to the John A. Macdonald statue, but the sign was not a “trigger warning.”

Trigger warnings are generally defined as statements that warn audiences about content that some may find disturbing or upsetting. In recent years, the word has become a favourite strawman of right-wing culture war activists, who commonly claim such warnings reflect an oversensitivity to — among other things — racism, misogyny and sexual violence.

“The Legislative Assembly of Ontario is a place for debate and deliberation on issues that matter in our Province.

The Speaker of the Legislative Assembly is considering how the depictions of those histories in the monuments and statuary on the Assembly’s grounds can respect all of our diverse cultures and peoples.” 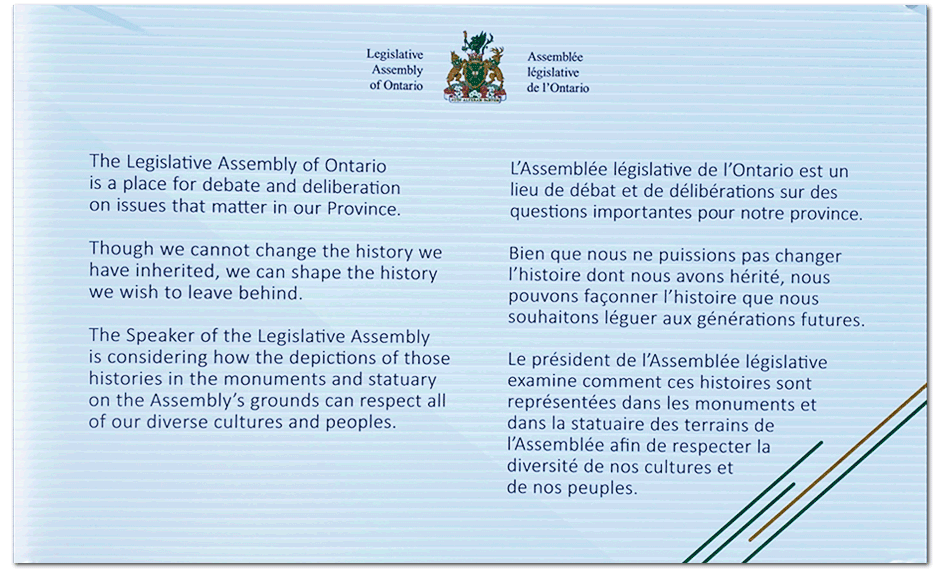 The Post Millennial fails to note that Ontario’s Speaker of the Legislative Assembly is Ted Arnott, one of Premier Doug Ford’s right-wing PC MLAs.

A Legislative Assembly spokesperson clarified to PressProgress that the sign was intended to provide clarification to visitors about why the statue was temporarily covered by scaffolding after it was doused in paint:

“I’m not sure I quite understand the triggering aspect. Out of sensitivity to all parties involved with the actions that took place, that message was written just out of concern from many people at the Legislature about what that monument expresses. It’s not that it’s a trigger, but it’s meant to recognize the sensitivity of that historical figure.”