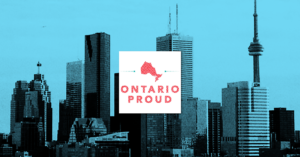 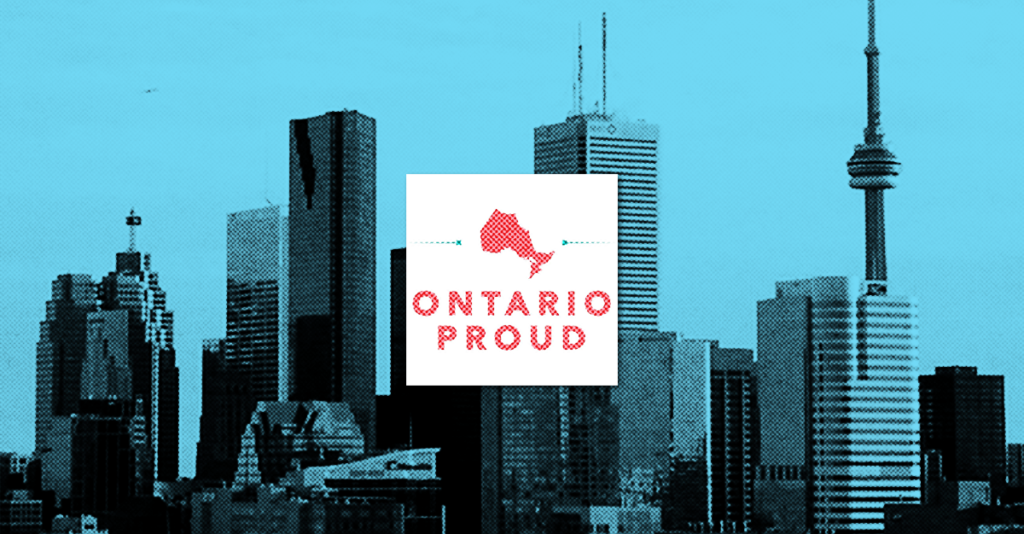 Business groups circulated a secret document in advance of Ontario’s 2018 election seeking hundreds of thousands of dollars to fund a right-wing Facebook page with a goal to collect personal data and “influence voters.”

Marked “confidential: not for distribution,” the document obtained by PressProgress provides a previously unseen glimpse into the inner-workings of “Ontario Proud,” a registered third party advertiser that relentlessly attacked former Liberal Premier Kathleen Wynne and NDP leader Andrea Horwath in the lead-up to the 2018 provincial election.

Although the group is best known for sharing hyperpartisan memes, the document sheds new light on lesser known parts of Ontario Proud’s operation, including “database building” and “targeted advertising.” 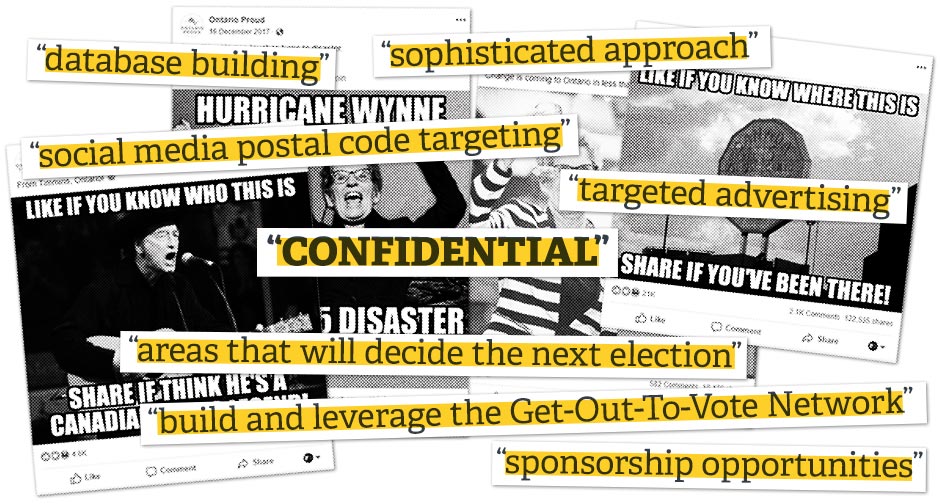 “Our sole purpose is to ensure the defeat of the Wynne Liberals in the June 2018 election,” Ontario Proud states in the “confidential” document discovered on the website of the Ontario General Contractors Association.

“We will accomplish this by building an online platform to reach, inform and influence, and mobilize Ontarians to vote against the Wynne Liberals.“

The document was uploaded to the OGCA’s website in April 2018 but appears to have been written in October 2017, just before Ontario Proud formally registered as a third party and election spending limits came into effect.

In a section titled “build an online platform,” Ontario Proud says it not only aims to grow its “base of followers” on social media for “likes, shares (and) comments,” but also to “build and leverage” a “Get-Out-To-Vote Network.”

They add that through advanced “social media postal code targeting,” Ontario Proud can “mobilize” followers to “vote strategically to defeat the Wynne Liberals.”

But Ontario Proud is fuzzy on the details about where this data comes from.

The same document states Ontario Proud only had 260,000 Facebook followers along with 85,000 e-mail contacts. Meanwhile, Facebook’s built-in targeting allows users to target up to 2.5 million people within a 17 km radius of Toronto alone. 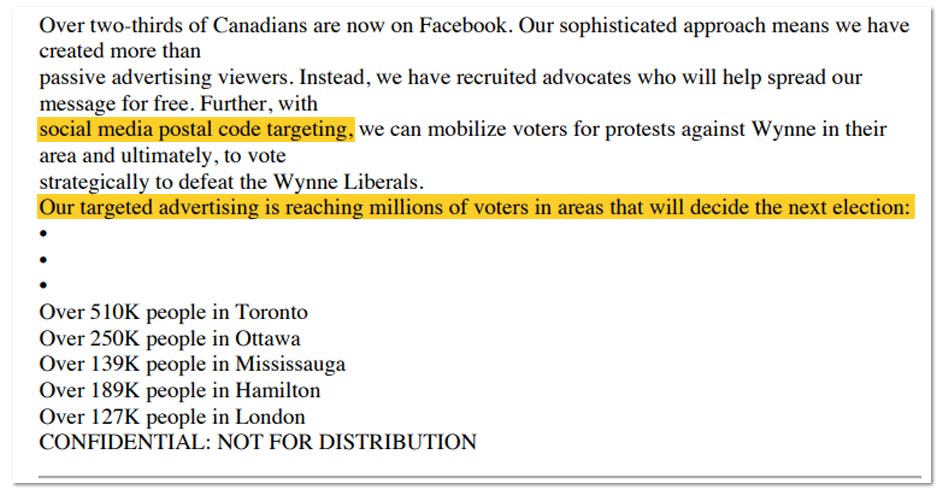 Frame said the OGCA encourages “our members to become involved in the political process particularly during elections” and shares “links to candidates from different parties and third parties.” 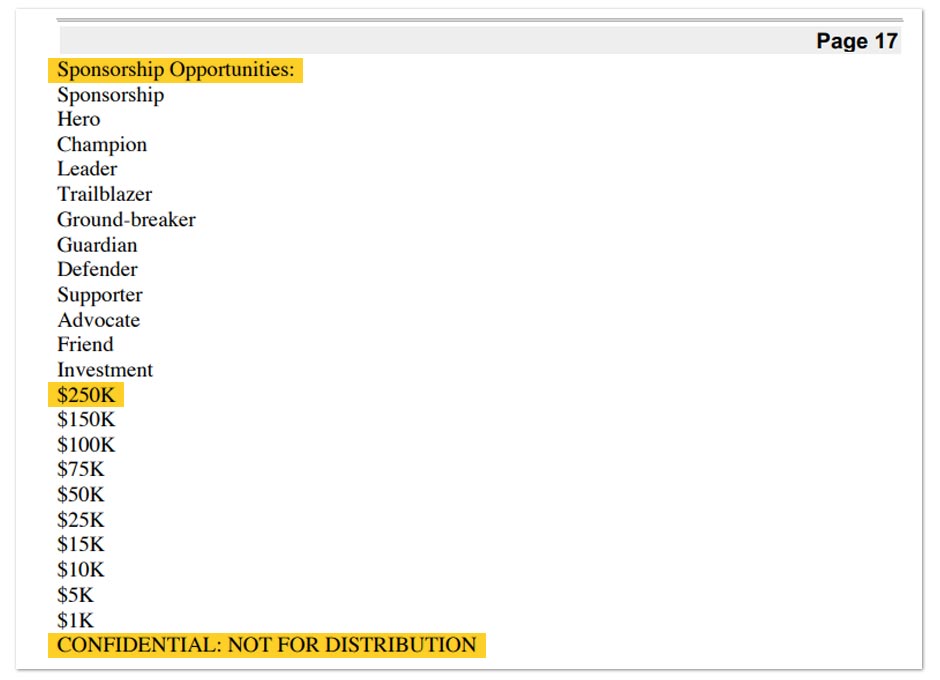 Ontario Proud’s fundraising appeal seeks up to $700,000 in donations to finance issue-specific content. A few issues the group highlights includes taxes, hydro rates and the “war on business and jobs.”

Ontario Proud also offers “sponsorship opportunities” of up to $250,000 each.

Jeff Ballingall, the creator of Ontario Proud, has previously claimed Ontario Proud receives no support from “massive donors” and is instead crowdfunded by “a lot of people giving $100 or $200, $300, that kind of thing.”

Ballingall, a former Conservative staffer and Bay Street lobbyist, brands himself as an expert in “social media marketing” and emerging trends in big data.

The Ontario Proud creator even discusses how “data on your beliefs, friends, language, organizations and taste in music” can be used for “multicultural affinity targeting” or “smart racial targeting.”

Here is Ontario Proud’s “confidential” fundraising pitch that was retrieved from a cached copy of the OGCA website:


Editor’s Note: This story has been updated to include comments Jeff Ballingall made in November 2017 about Ontario Proud’s sources of funding.