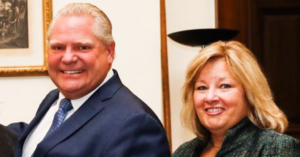 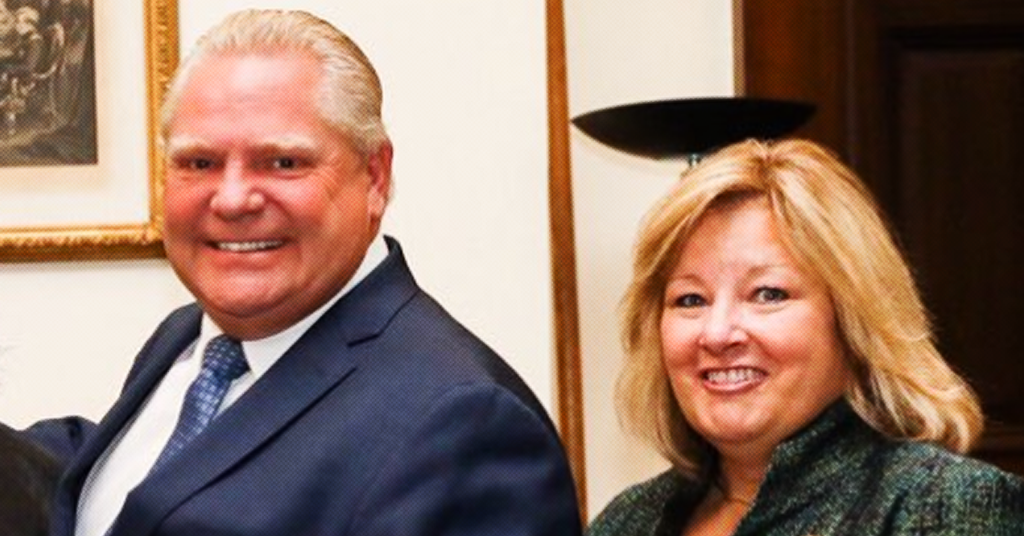 Ontario’s education minister had been AWOL since mid-August

After more than 40 days and 40 nights, Ontario’s Education Minister has finally emerged from hiding to briefly talk to journalists about sex-ed.

Lisa Thompson, Doug Ford’s point person on repealing the province’s sex-ed curriculum, has been avoiding journalists for well over a month.

That changed this week when Thompson surprised reporters announcing she had quietly launched consultations on the province’s sex-ed curriculum last week.

The ministry contacted school boards on Friday to say the online written submission phase had opened, with the only survey and town hall details to follow in the next week or two. https://t.co/fKuKexfZB6

Even before a confusing interview this summer in which she repeatedly referred to a non-existent 2014 sex-ed curriculum, Thompson has been “unavailable” to answer basic questions about the Ford government’s controversial plan to repeal Ontario’s sex-ed curriculum.

Even a few weeks ago, as high school students across Ontario walked out of class in protest, the education minister had no comment whatsoever.

CBC News’ Meagan Fitzpatrick has been keeping track of Thompson’s unavailability since mid-August, noting the minister “has been unavailable since Aug. 21.”

Today is the 1 month anniversary of me asking Education Minister @LisaThompsonMPP for an interview to discuss the major changes she has made to Ontario’s education system. She has been “unavailable” since Aug.21. Today is also a day when students are staging a walkout to protest

According to Fitzpatrick, Thompson refused to speak to journalists every single day for over a month:

I requested an interview with Education Minister @LisaThompsonMPP
yesterday for today and was told she was not available today. Now today she has made a number of big announcements via press release.

Third day in a row my request to interview Ontario Education Minister @LisaThompsonMPP declined. She is “unavailable” again. She made several significant announcements via press release yesterday but did not give interviews + seems to be the case again today. #onpoli

This morning I renewed my ongoing interview request with Education Minister @LisaThompsonMPP and I’ve been told she is “unavailable” today after question period. She has declined my interview requests since AUGUST 21.

What has Thompson been up to in the mean time?

For one thing, Ford’s education minister has been busy visiting turkey farms:

Sincere congratulations to #HaytersTurkeys for recently celebrating the 70th Anniversary of their family business in #Dashwood!

I valued the opportunity to tour a chicken farm as well as an egg farm in #Bruce County – Thanks Derek, Adrian, Jeff, Bob & Dave for discussing the importance of technology, markets, & the need to ensure consumers & students are educated about quality food production in Ontario. pic.twitter.com/xcqxXJN5h1

The village of #Blyth has magically transfigured for the 2nd Festival of Wizardary. Witches and wizards, wands, cloaks, scarfs & lots of smiles were easy to spot yesterday & welcome today to Bonnie Wright who played Ginny Weasley in the Harry Potter films!@TwpofNorthHuron pic.twitter.com/IZzxDy8mUx

In July, Thompson confirmed the Ford government would make good on a campaign promise made to its hardline social conservative base by repealing it, even though she previously defended the existing curriculum.

Later in the summer, the government issued a press release announcing the creation of a snitch line allowing people to lodge complaints against school teachers who aren’t following the 20-year-old sex-ed curriculum — the snitch line allows anyone to file multiple complaints anonymously from anywhere in the world.