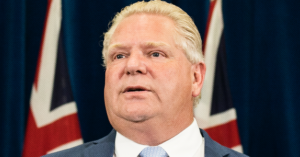 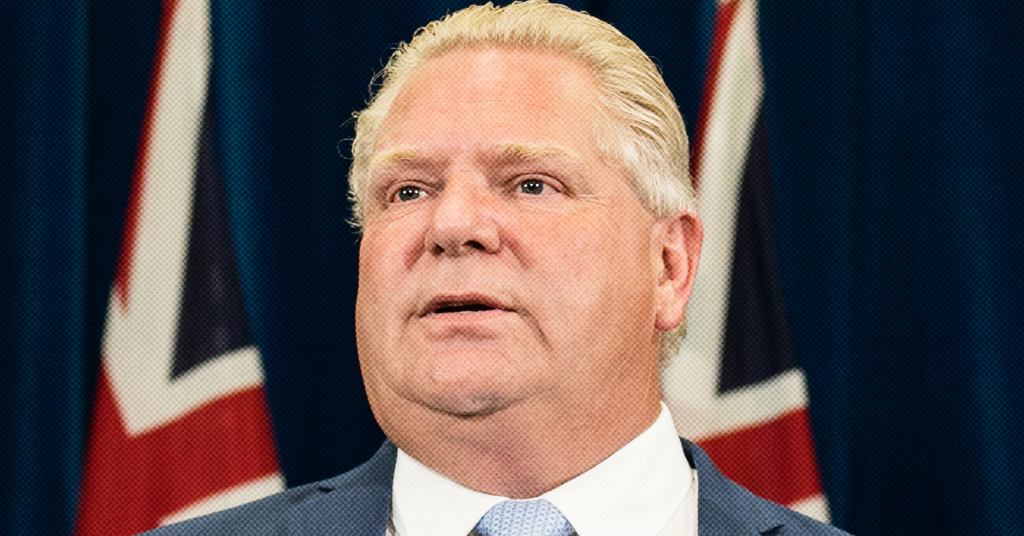 Anyone in the world can anonymously file fake complaints about Ontario teachers using Doug Ford’s controversial and easy to manipulate “sex-ed snitch line.”

“We will not tolerate anybody using our children as pawns,” Ford warned last week. “Make no mistake, if we find somebody failing to do their job, we will act.”

A teacher in Ontario, who goes by Sabitha Furiosa, has been reworking vintage posters for @Fordnation‘s new sex-ed snitch line. They are brilliant. 1/4 #onpoli #sexedsaveslives pic.twitter.com/x8nWew1nZ2

Despite implying complaints collected by the website could lead to disciplinary action against teachers, staff in the office of Ford’s Education Minister seem unable to guarantee their data is authentic and trustworthy.

The biggest problem with the website that collects the complaints is that it doesn’t bother asking for a name from users filling out complaints against teachers. In fact, even adding your e-mail address is “optional.”

The Minister of Education’s office sidestepped questions from PressProgress asking why their website does not ask for a name or e-mail address from anyone filing complaints. They also failed to explain what safeguards are used to prevent their data from being distorted by activists or mischief-makers filing multiple fake complaints, possibly from outside Ontario’s borders.

Education Minister Lisa Thompson’s press secretary could only tell PressProgress “parents are required to submit the name of the school board and more specifically the school.” It is unclear why Ford’s government wants to collect this kind of data considering parents already have access to a more credible and rigorous complaints process through Ontario’s College of Teachers.

According to its website, the College recommends parents approach a teacher, principal or school board official first before lodging a complaint. If this does not resolve the issue, they ask parents to contact the College who will advise them on filing a formal complaint.

In contrast with Ford’s snitch line, names and e-mail addresses are mandatory fields for anyone filing a complaint using the College’s official complaints web form.

Although Ford’s government says “reports generated from this site are shared with the Ontario College of Teachers,” that data is seemingly useless since the College explicitly states it “does not investigate anonymous complaints.”

“To be clear, there is zero authenticity to whatever claimed data they collect out of this, it is utterly meaningless,” Bischof told PressProgress.

Bischoff calls the snitch line an “intimidation tactic” and says Ford’s anonymous complaints have no credibility in the eyes of the law.

“There is no process to take an anonymous complaint to the government and have that go through the employer to a member’s employee file,” Bischof explained, adding that “if it did, I would say we’d have a slam dunk arbitration win in order to remove that.”

“If there were actually a disciplinary process to arise out of a complaint, we have access to the steps we can use to ensure our members get due process, otherwise what we see is just an attempt to impugn the characters of teachers.”

Diane Dewing, president of the Ontario Teacher’s Federation which represents all 160,000 teachers in Ontario’s publicly-funded schools, says complaints should be handled by the College of Teachers, not Ford’s “anonymous portal” which she calls “toxic and counterproductive to improving any situation.”

“Anonymous reports are difficult if not impossible to investigate,” Dewing told PressProgress. “Without details, potential solutions or discipline would not be able to be applied.”

As it stands, Dewing noted, “many reports are dismissed each year by the College as frivolous and vexatious in nature.”

In a statement to PressProgress, the Elementary Teachers’ Federation of Ontario which represents 81,000 elementary school teachers in Ontario, said Ford’s “anonymous complaint line is unproductive, unnecessary and toxic.”

Noting that its members have a duty to “ensure all students feel safe and included in school communities,” ETFO said it will “vigorously defend our members rights to utilize their professional judgement to fulfill their professional obligations in keeping with the legislation and Ontario inclusive schools policies.”