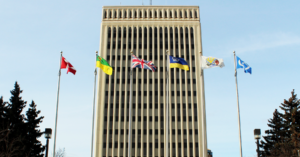 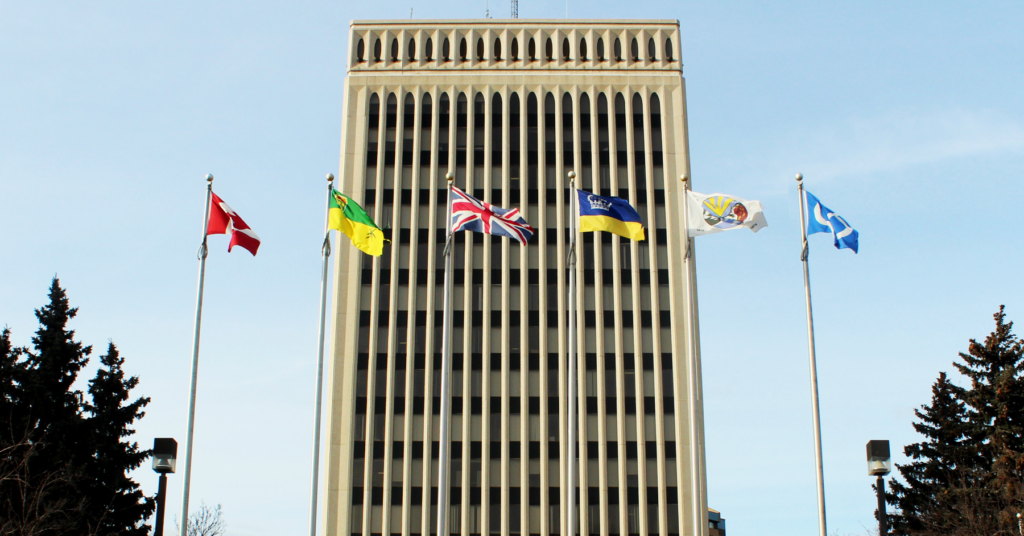 Oil executives, corporate lobbyists and Saskatchewan Premier Scott Moe recently joined forces to pressure Regina city councillors to withdraw a motion that would have banned public buildings from being named after oil companies.

In January, Regina’s Executive Committee recommended City Council pass a motion prohibiting oil and gas companies from naming public buildings and sponsoring events. The motion was supported by seven councillors — the majority of City Council — and was intended to align with the 2018 Renewable Regina plan that aims to make the city carbon neutral by 2050. 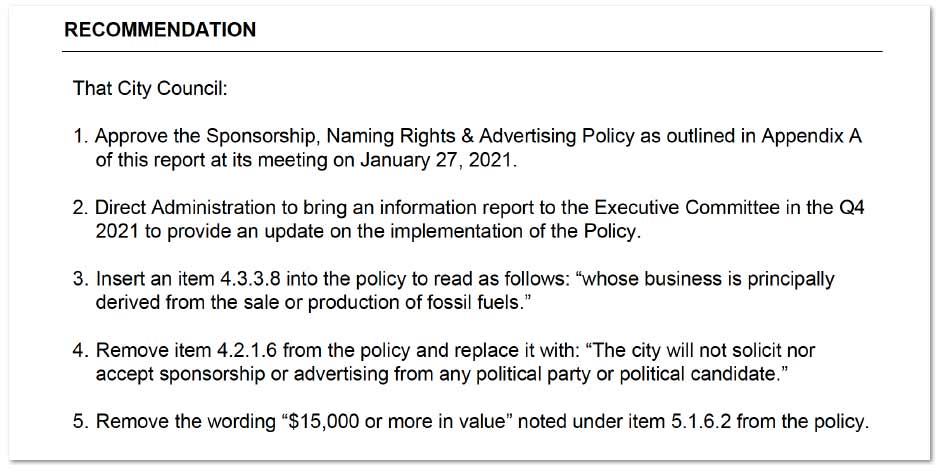 The first draft of the policy restricted a several industries from naming rights, including  alcohol, tobacco, weapons and cannabis. Ward 6 Councillor Dan LeBlanc put forward the amendment to also include the fossil fuel industry.

“When a company names a city event or city building after themselves that’s not just typical advertising, that actually implies some sort of partnership between the City and that corporation,” LeBlanc told PressProgress.

“It’s inconsistent for us to imply that we’re partners or on the same page by continuing to allow them to have buildings or events named after them.”

The City of Regina has a policy that allows companies to buy the naming rights to public buildings, including recreational facilities, swimming pools and arts centres.

“Build year-round brand awareness, gain city-wide exposure and create a legacy for your business,” the City of Regina’s website says in its sales pitch. “All City-owned facilities are considered eligible for naming rights.” 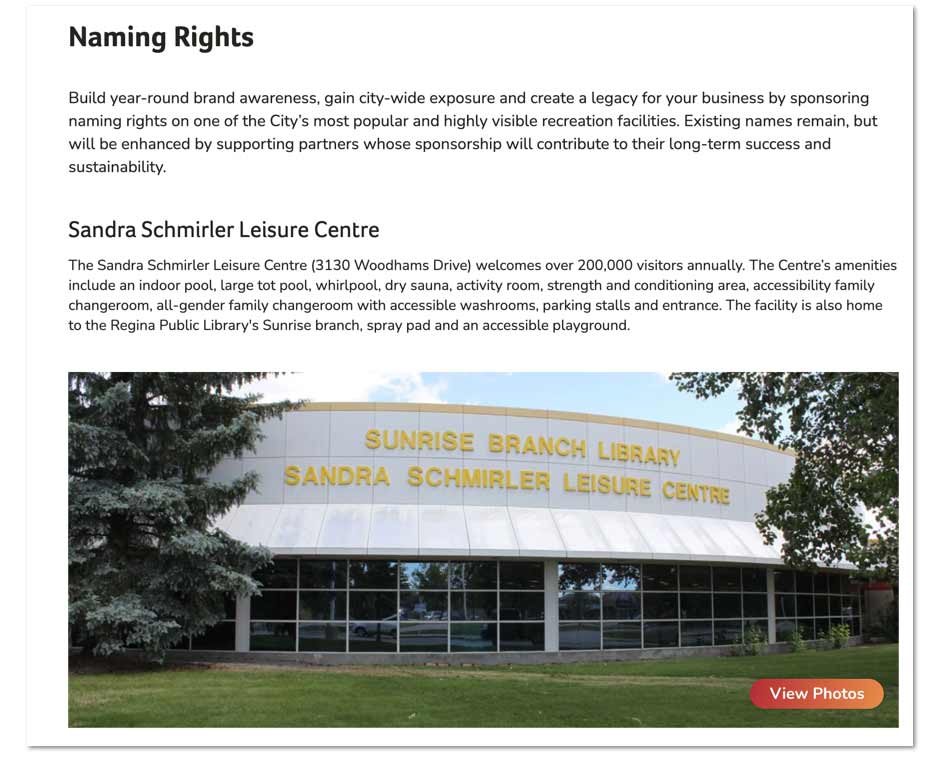 The motion was set to pass until Saskatchewan Premier Scott Moe issued a tweet threatening to pull $33 million in Crown funding from the City of Regina if the “absurd motion” wasn’t withdrawn.

Regina City Council’s Executive Committee has passed an absurd motion that would restrict energy companies from sponsoring or advertising with the City of Regina. I commend Mayor Sandra Masters and the three other Councillors for voting against this.

The next morning, right-wing radio host John Gormley — who has a lengthy history of doxxing critics of Moe’s Saskatchewan Party, and whose radio network is a big Sask Party supporter — encouraged his listeners to pick up their phones and call the city councillors who supported the motion.

“Scott Moe and John Gormley led to probably some of the most aggressive messaging we got,” LeBlanc said, adding Regina councillors were also bombarded with “template emails” from out-of-province, namely Alberta.

The campaign was led by EnergyCitizens.ca, an astroturf group connected to the Canadian Association of Petroleum Producers. LeBlanc said the messaging was “focused on the idea that the motion would somehow affect workers in the fossil fuel industry.”

On January 27, the day City Council was set to vote on the motion, an anonymous group calling itself “Advance Regina” suddenly appeared with a video claiming City Hall was “over-run by left-wing activists” and naming the seven city councillors who supported the motion.

The video, which was shared by a local right-wing group called WestWatch, warned that the councillors needed to be “watched closely.”

⚠️ Regina’s new city council is in danger of being overrun by left-wing activists. 😲

The recent attack on SK’s energy industry by some councillors is a slap in the face to the energy companies & workers that make Regina and our province prosperous. 😡 #skpoli #cdnpoli #yqr pic.twitter.com/uRtjMrf4xv

At the January 27 City Council meeting, oil executives, corporate lobbyists and Sask Party insiders spoke as delegates opposing the motion. The City Clerk at one point acknowledged they “may have made an error” in letting multiple delegates linked to the same corporation speak.

Some of the key industry executives and party insiders that spoke as delegates:

• Tyler Willox spoke as a Regina citizen. However, Willox is a board member for the pro-oil industry group Canada Growth Council. The CGC sponsored the group called WestWatch which ran a billboard campaign targeting federal Liberal candidates in 2019. Willox has personally donated $15,585 to the Saskatchewan Party

• Jon Benson registered to speak as CFO of Keystone Royalty Corp, but later stated in the meeting he was only speaking on behalf of himself.

• Andrew Spagrud is the Manager of Engineering and Development at Lex Capital Management. He is also CEO of Villanova Energy, a company founded by Craig Lothian. Several corporate entities operating under the Villanova name have donated a combined $12,416 to the Sask Party.

• Tim McMillan, President of CAPP, spoke as a delegate. CAPP has donated $2,013 to the Sask Party.

• John Hopkins, President of the Regina Chamber of Commerce spoke.

Keystone CEO Craig Lothian told PressProgress that while “the motion would have zero financial impact on our oil company,” he was worried about “the adverse message that it sent to our employees, and to a lesser extent, our shareholders.”

Lothian suggested his company’s “decision to continue to operate as a Regina-based company would perhaps be affected” had the motion passed.

“From a business perspective, we should have moved the company’s head office to Calgary some time ago,” Lothian said. “Anti-oil rhetoric, adversarial proclamations and virtue signalling from city hall, would only serve to accelerate that decision.”

A week after the vote, LeBlanc announced on Facebook that he had been fired from his job at law firm Garrand Rath Johnson LLP, but did not clarify whether it was connected to his motion.

“It made sense to withdraw the motion and see if we could take another stab at it to find things that the vast majority of people who believe in sustainability and bold action on climate change can support.”

“It really shows the degree to which the government and the industry speak with almost one voice, there’s no real distinction between the two and the arguments they use,” Enoch told PressProgress.

Enoch said the lobby groups falsely portrayed the motion as being about oil workers even though “the motion would have had no impact on oil workers whatsoever.”

“This has been like a decades long public relations strategy the industry has adopted due to its declining public reputation,” Enoch said. “People aren’t very sympathetic to a multimillion dollar corporation like Exxon or Imperial Oil … but they tend to be much more sympathetic to an oil worker they can relate to.”

“They mobilized so quickly and effectively to head off what was ultimately a relatively mild sanction against the industry,” Enoch added.

“That’s what I’m concerned with, that the oil lobby is really going to set its sights on this council, either try and derail future environmental legislation or water down or ultimate turf the Renewable Regina motion.”