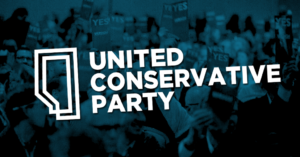 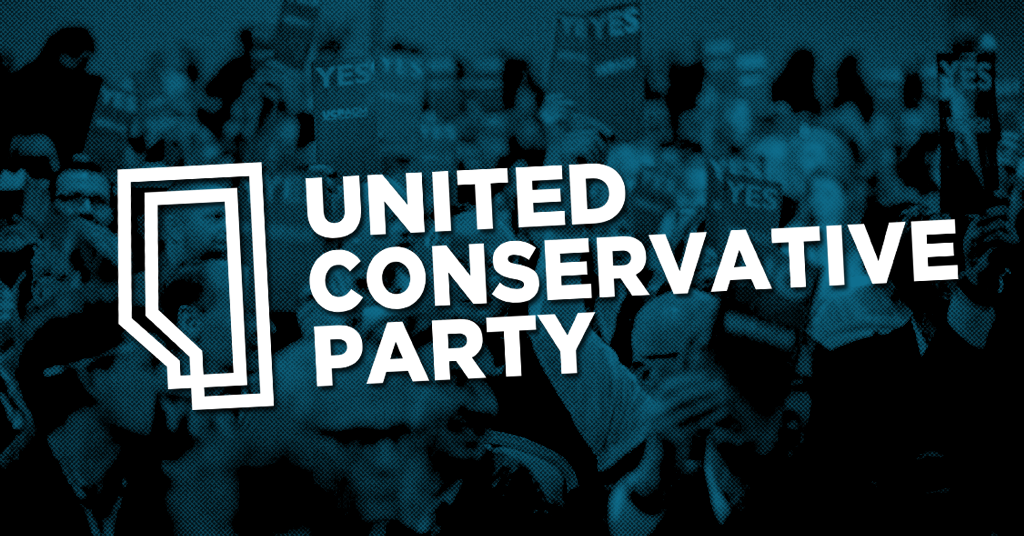 Fights with Ottawa, fights with the World Economic Forum and fights to distance themselves from Jason Kenney’s legacy have all emerged as themes in the crowded race to replace Kenney as leader of Alberta’s party of “united” conservatives.

The field of candidates hoping to secure leadership of a divided United Conservative Party is up to eight so far, though others such as federal Conservative MP Michelle Rempel Garner are also reportedly considering runs.

This includes four former UCP ministers, candidates representing various disgruntled factions within the party, and, of course, plenty of sabre rattling against Ottawa.

The new leader will be chosen October 6th. Here’s a roundup who’s running so far:

Toews has distanced himself from outgoing Premier Jason Kenney who alienated his party’s rural base.

Toews is also a strong social conservative. While running for the UCP, the self described “straight shooter” had long served as a director of an Alberta school that banned witchcraft, sorcery and gay sex in its code of conduct. It also banned yoga and other “demonic activities.”

Once Kenney’s biggest rival, the former leader of Alberta’s now defunct Wildrose Party is running to get his old job back on an “autonomy for Albertans” platform. Jean made his candidacy official last Wednesday in Edmonton.

Jean’s intent to seek leadership was already well known, given that his last attempt failed, but led to RCMP investigations into the legitimacy of the race, namely the Kamikaze scandal as well as an alleged vote-rigging scheme.

Appealing to “Wexit”-minded Albertans, Jean says he’ll move forward on “constitutional negotiations” to have the equalization program removed from the Constitution.

Pushing even harder, Danielle Smith is pledging to set Alberta on a path of independence from the Federal government.

Another former Wildrose Party leader who resigned from her talk radio show in 2021 blaming “a mob of political correctness,” Smith is pledging to create the “Alberta Sovereignty Act” to allow Alberta to reject Federal laws and regulations, triggering in her words a potential “constitutional crisis.”

In a recent interview with Rebel Media, Smith embraced conspiratorial narratives on the far-right about the World Economic Forum, claiming WEF chairman Klaus Schwab is plotting with “billionaires” and “government officials” to bring in a “Chinese-style” economic system.

The WEF may well prove to be a be a wedge issue in the leadership race should Michelle Rempel Garner, a former WEF “Young Global Leader,” choose to run.

Bill Rock: “Not a Kamikaze Candidate”

Bill Rock, a failed Wildrose candidate, might not be a household name but he has a simple message: “I’m not a kamikaze candidate,” Rock said when he announced his intent to run earlier this month. “I’m true to believing in Alberta.”

Rock believes most in Rural Alberta, that is. Just prior to throwing his name into the mix to lead the UCP, Rock, currently the mayor of the village of Amisk, explored the option of creating a rural-only political party.

Rock, who is absolutely “not a kamikaze candidate,” recently took shots at Rempel Garner’s ties to the World Economic Forum and insinuated the federal Conservative MP is “cozy with elitist metropolitan political circles.”

Rajan Sawhney: Promises an “Inquiry” her own government’s pandemic response

The Former Minister of Transportation and Minister of Community and Social Services is promising a “thorough, independent, and transparent inquiry” into her own government’s pandemic response.

In her bid to become leader, Rajan Sawhney has teamed up with the dissident anti-lockdown MLA Angela Pitt to chair her campaign.

While Minister of Community and Social Services the Alberta government de-indexed Assured Income for the Severely Handicapped in a budget Sawhney said “reflects her values.”

Once Deputy leader of the Party, Minister of Multiculturalism and the Status of Women Aheer fell out with party leadership after calling on Kenney to apologize, ending up an outsider.

Formerly from the Wildrose Party, Aheer called Kenney and the UCP leadership out after Kenney and a group of UCP ministers and staffers were spotted violating COVID-19 protocols dining on the rooftop of the “Sky Palace.”

Aheer says she’s running without “the Harper machines or the Kenney machines.”

Another rural Wildroser who turned against Kenney, Todd Loewen was booted from the UCP caucus after calling for Kenney’s resignation and stepping down as caucus chair.

Loewen’s grievances were over the government’s handling of the pandemic, and Kenney’s “ineffective” response to what he described as a “hostile government in Ottawa.”

Rebecca Schulz: “We’re going to make decisions. Some of them you’re not going to like.”

Rebecca Schulz is a previously overlooked figure, and a ex-staffer of former Saskatchewan Premier Brad Wall.

Schulz is one of sitting cabinet ministers who have resigned their positions to seek the leadership of the UCP. She has the support of Health Minister Jason Copping and UCP MLAs Jeremy Nixon, Michaela Frey as well as Wall.

Her agenda so far has been light on specific policies, but speaking to the Western Standard Schulz described herself as a fiscal conservative who will “make some difficult decisions. Some of them you’re not going to like.”

Schulz cut child welfare services during her time as Minister of Children’s Services.