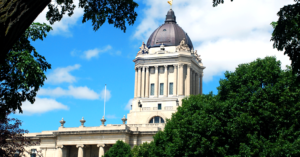 Manitoba’s government gave nearly $50 million in emergency COVID-19 contracts to a group of businesses linked to a controversial and secretive religious sect.

Other businesses linked to the little-known sect have received significant sums of money elsewhere for similar contracts, including millions from Doug Ford’s government in Ontario and over £2 billion for PPE contracts in the United Kingdom.

The Plymouth Brethren Christian Church, also known as the “Exclusive Brethren,” is a small and reclusive religious sect with only 50,000 members around the world, mainly in the UK, Australia and New Zealand. In Canada, they are believed to have fewer than 10,000 members.

The PBCC were the subject of a recent CityNews documentary that brought to light disturbing allegations from former members detailing how they were cut off from friends and families under the PBCC’s “doctrine of separation.” The PBCC disputes these claims and denies it is a “cult.”

In a previous statement to PressProgress, the PBCC explained: “We are not secretive, but we are often misunderstood.”

Many brethren are also linked to a global network of “3,000 family businesses” affiliated with the church’s “Universal Business Team,” which provides “advisory and group buying services.”

A number of those businesses were previously identified in a 2014 Winnipeg Free Press investigation as being linked to PBCC members.

ICYMI — A look inside the secretive and strict Plymouth Brethren sect in Manitoba by @BillRedekop: http://t.co/10WNMFEXka #longreads

Meditek, whose General Manager Chris Samuels is a PBCC member, is listed as having received one emergency contract in April for $780,000.

Cavenagh and Samuels are both listed as directors of a Winnipeg-based trust established to purchase property for the purpose of “gospel preachings.”

Central Dental, Acure Safety and Meditek are also all listed as tenants, along with a a handful of other PBCC-linked businesses, in a two-story building located next to Winnipeg’s airport. 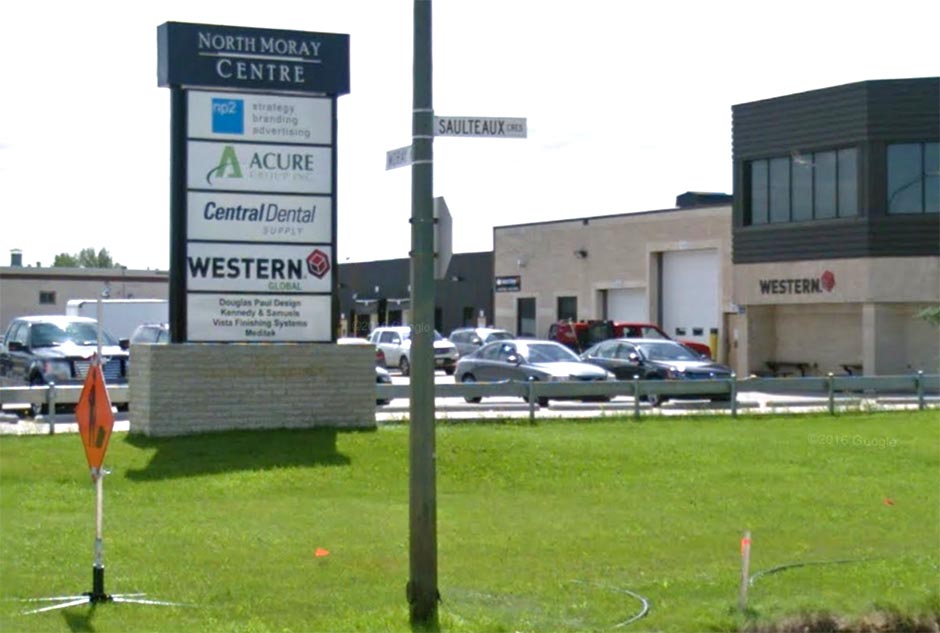 Multiple PBCC-linked companies who received Manitoba COVID-19 contracts are tenants in this building.

Two additional Manitoba government contracts worth $70,759 were awarded to a BC-based oil company called Klondike Lubricants, whose founders are both PBCC members.

According to the Government of Manitoba’s records, the oil company was given a $38,400 contract in early April 2020 for medical instruments and equipment only two weeks after Manitoba declared a state of emergency and most of Canada had entered its first pandemic lockdown.

The brethren-linked oil company was awarded a second $32,359 contract in May 2020 to provide the Government of Manitoba with soap and hand sanitizer.

As PressProgress previously reported, around this same time Klondike Lubricants received nearly $2 million in contracts for face masks in May 2020 from Doug Ford’s government in Ontario.

Other companies linked to the sect have been involved in controversies overseas in the UK. Earlier this year, The Times reported dozens of Brethren-linked companies received £2.2 billion in COVID-19 related contracts from the UK’s Department of Health and Social Care.

Dozens of companies with connections to a tiny fundamentalist Christian sect were awarded as much as £2.2 billion in government coronavirus contracts, The Times can reveal https://t.co/Mghzkn0yFR

The PBCC’s Universal Business Team was listed as a major PPE importer to Canada in 2020, according to the Canadian Importers Database.

Brethren members have engaged in secretive political campaigns in Canada and abroad, despite the church’s policy which states that members do not vote.

In 2005, the Vancouver Sun reported Brethren members were involved in a secretive campaign against same-sex marriage.

Klondike Lubricants co-founder Phil Jenner and PBCC members across Canada donated tens of thousands of dollars within 48 hours to the Canada Growth Council, a third party advertiser that ran attack ads against Justin Trudeau and federal Liberal candidates in the 2019 federal election.

In addition to PBCC members, the CGC was also funded by figures connected to the oil industry as well as various insiders linked to Scott Moe’s Saskatchewan Party and Jason Kenney’s United Conservative Party in Alberta.

NEW: Members of a controversial and secretive religious sect funded a 3rd-party group behind anti-Trudeau ads.

The group has a number of links with operatives connected to Scott Moe’s Saskatchewan Party and Jason Kenney’s UCP.https://t.co/7iu5b4YtAU #cdnpoli #skpoli #ableg

Central Dental Solutions, Acure Safety and First Aid, Meditek and Klondike Lubricants did not respond to multiple requests for comment from PressProgress.

After the Winnipeg Free Press’ reported in 2014 that the Plymouth Brethren had “gone from being a Christian sect to full-blown cult,” the PBCC released a lengthy 23-point rebuttal accusing the newspaper of “untruths, inaccuracies, and a misleading presentation of allegations.”

An entire section of the FAQ page on the PBCC’s official website goes into further detail explicitly denying that the group is a “cult” or that it breaks up families.

“No, the Plymouth Brethren are not a cult,” the website states. “Any breakdown of relationships within a family is always tragic and every effort is expended to prevent this occurring or to try and bring in reconciliation if it does.”

The PBCC also runs a charity called the Rapid Relief Team which has controversially partnered with the Winnipeg Police Service and other Canadian police departments.